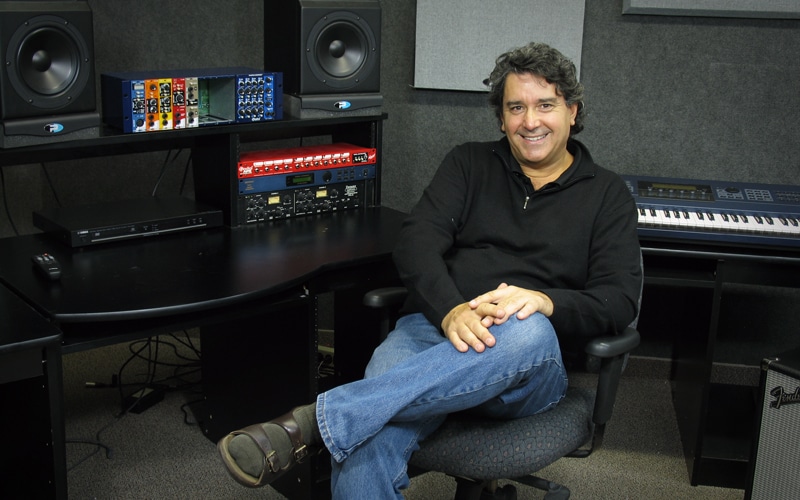 The following is an interview published by MMR Magazine in the November 2016 issue by Christian Wissmuller.

With a history tracing back into the late 1970s, Tonebone has long been the go-to brand for any number of professional, performing musicians who appreciate and depend upon well designed effects pedals that can withstand the wear-and-tear and abuse that goes along with life on tour. The likes of Eric Johnson, Kirk Hammett, Neal Schon, Steve Lukather, Trey Alexander, and Vivian Campbell – among many others – rely on Tonebone, and with a number of significant new product introductions and upgrades in the works, that list will no doubt grow to include even more guitarists and bassists.

MMR recently touched base with Peter Janis, CEO of Radial Engineering, Tonebone’s parent company since 2001, about the brand’s history, the new pedals, and expectations for the market in the near future.

For those who aren’t familiar, can you briefly describe the history of the Tonebone line – when was it launched, who were some of the key folks involved? 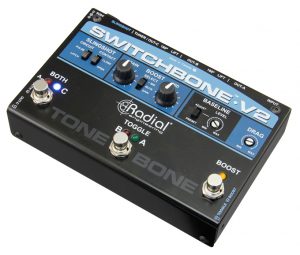 The Tonebone history goes way back to 1976 when a designer and I built our first distortion pedal. It was an all-tube affair that sounded terrible! We learned from this and in 1996 built the two first Tonebone pedals; the Classic™ and the Hot British™ which he originally sold online. In 2001, a deal was struck for Radial to purchase Tonebone. Radial started to market the brand and in no time at all it attracted the attention of some of the biggest names in the business including Eric Johnson and Kirk Hammett.

In the following months, Radial added a number of Tonebone products to the range including the Switchbone™ ABY amp switcher, Headbone™ head switcher, Cabbone™ cabinet switcher and Loopbone™ effects loop switcher. All of these are still in production 15 years later!

It is worth noting that Tonebone has always focused on the pro or the working player, so these products have been built to be very robust and to produce very low self- noise.

Can you talk about some of the new product introductions? Why are these pedals significant? 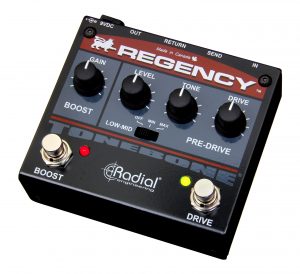 There are a number of new Tonebone products on the horizon. The Regency™ is a unique overdrive that caters to guitarists that already play with distortion. This allows the artist to push the signal harder for soloing without losing definition. The Switchbone V2™ ABY switcher allows the artist to select between two amps and a tuner or three amps, if needs be. It also adds remote control-ability to switch on or off an external device when selecting amps. Another is the TwinLine™ effects loop controller. The TwinLine is designed for guitarists that use the amplifier’s effects loop and when switching between two amps, allows his effects pedal-board to follow the active amp. There are more… in fact we have about 30 new Tonebone products in the works!

Keeping busy! Additionally, there are a number of already established Tonebone pedals receiving upgrades, such as the Bigshot ABY. Can you discuss that?

Yes, we recently updated our popular BigShot ABY™ amp selector, BigShot i/o™ instrument selector, and BigShot EFX™ effects loop selector with LED indicators. This provides the user with an instant onstage status readout so that they can get visual feedback of how their setup will be affected. This not only makes it easier for the artist, it makes for a more professional show. Best of all, we added the features without increasing the price!

Are there any other developments on the horizon for Tonebone in the coming months that you’d like to share with our readers? 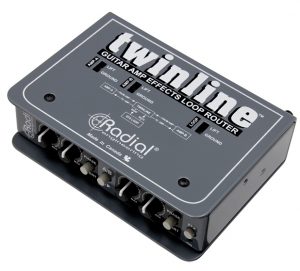 As mentioned, yes, there are tons of new pedals coming out. We have a series of super compact instrument and amp selectors that step through the ins and outs using a single footswitch. This allows the switcher to accomplish much more while using less space on the pedalboard. A cornerstone of Radial’s technology is the ability to connect multiple amplifiers without noise. For instance, the Shotgun lets you plug a stereo chorus into as many as four amps while retaining the stereo effect and because the outputs are isolated, you are not plagued with the noise that is typically encountered. For Tonebone, it is all about ease of use, flexibility and noise-free performance.

Both for Tonebone and for the market, in general, what are your expectations for the remainder of 2016 and the early months of the next year?

Although a very busy category, the pedal market continues to be robust. There appears to be a shift away from super-small “one hit wonder” pedals to pedals that provide the guitarist with more control over the tone. There also seems to be a shift towards pedals that cater to much more specific needs. Guitarists are realizing that unless they find their own voice, they will be caught in a quagmire of indifference. On a slightly different front, we are seeing strong demand for our Headload™ and Headload Prodigy™ load boxes. These allow the player to turn up the amp for best tone, yet reduce the output to a comfortable listening level. And with a built-in direct box, the Headload eliminates the need to have a mic in front of the amp. From a resale perspective, we are pleased to be working with dealers that understand the power of a strong brand name with products that have true longevity in the market.

Home Recording: The Most Important Gear You Need