What is the difference between the original X-Amp and the 500 version?
The original X-Amp had one isolated out, while the 500 series version is equipped with two isolated outputs and separate level controls. They both employ the exact same class-A active audio circuit design.

How does the powering differ?
The original X-Amp uses a 15V supply while the X-Amp for 500 series employs the internal +/-16V supply. This has no effect on the audio signal path. Each is optimized for the power supply at hand.

Do I need a DI box to Reamp?
Normally yes. The DI is used to split the source instrument signal to the guitar or bass amp while sending the dry track to the recorder. If you have a Workhorse, the Radial X-Amp is equipped with an instrument input via the Omniport that can be used to record the original track.

How do the Switchbone and Radial X-Amp compare?
Sonically, they both employ our award winning class-A circuitry. But practically, they are very different. The Switchbone is designed as a performance device that enables the guitarist to play through two amps at the same time and control the unity gain signal using footswitches. The X-Amp 500 lets you send a guitar signal to two amps and control the level using front panel knobs.

What is the difference between active Reamping and using a passive approach?
This is like comparing a dynamic mic to a condenser or comparing an active direct box to a passive one. They sound different. A passive Reamper like the Reamp or ProRMP employ transformers to do the work and these tend to smooth out the transients from digital recordings. Active Reampers like the X-Amp employ buffers that enable you control the levels with greater freedom.

Will the Radial X-Amp work in other Lunchbox™ racks?
Yes. All Radial 500 series modules have been designed to be backwards compatible to older designs.

Is there a way to access the Omniport input if I do not have a Workhorse?
The connection is made via a 15-pin card-edge connector and there is no easy way to access the pins unless you have a rack that is wired to work like the Workhorse.

Why are some amps out of phase with others?
Who knows. We have found some two channel amps with one being out of phase with the other! This probably has to do with the fact that guitars are a mono instrument and that for years, only one amp would ever be played at one time. The 180º polarity reverse switch is used to correct the phase on the second amp should there be a problem.

What is the difference between phase and polarity?
Phase is in the time domain while polarity is in the electrical domain. In other words, a signal can be 45º out of phase meaning that it is slightly delayed like an echo. When at 180º out of absolute phase (at all frequencies) then it is equivalent to having the polarity reversed. When you switch the ‘phase’ you are actually reversing the polarity. Devices like the Radial Phazer are true analogue phase controllers. 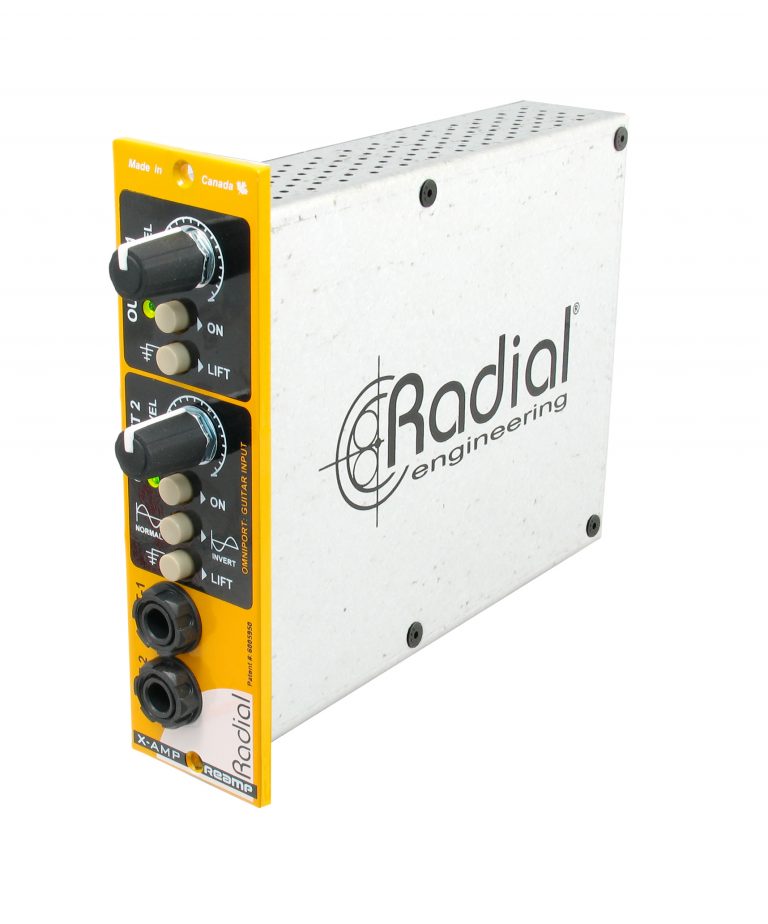 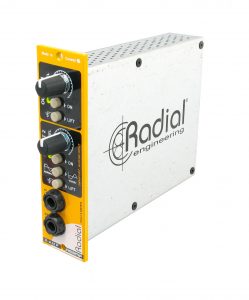 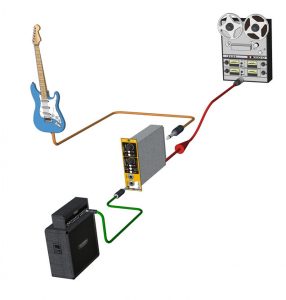 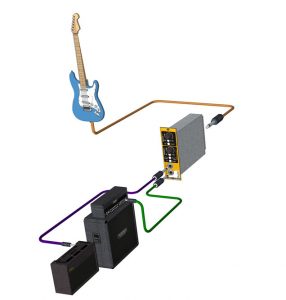