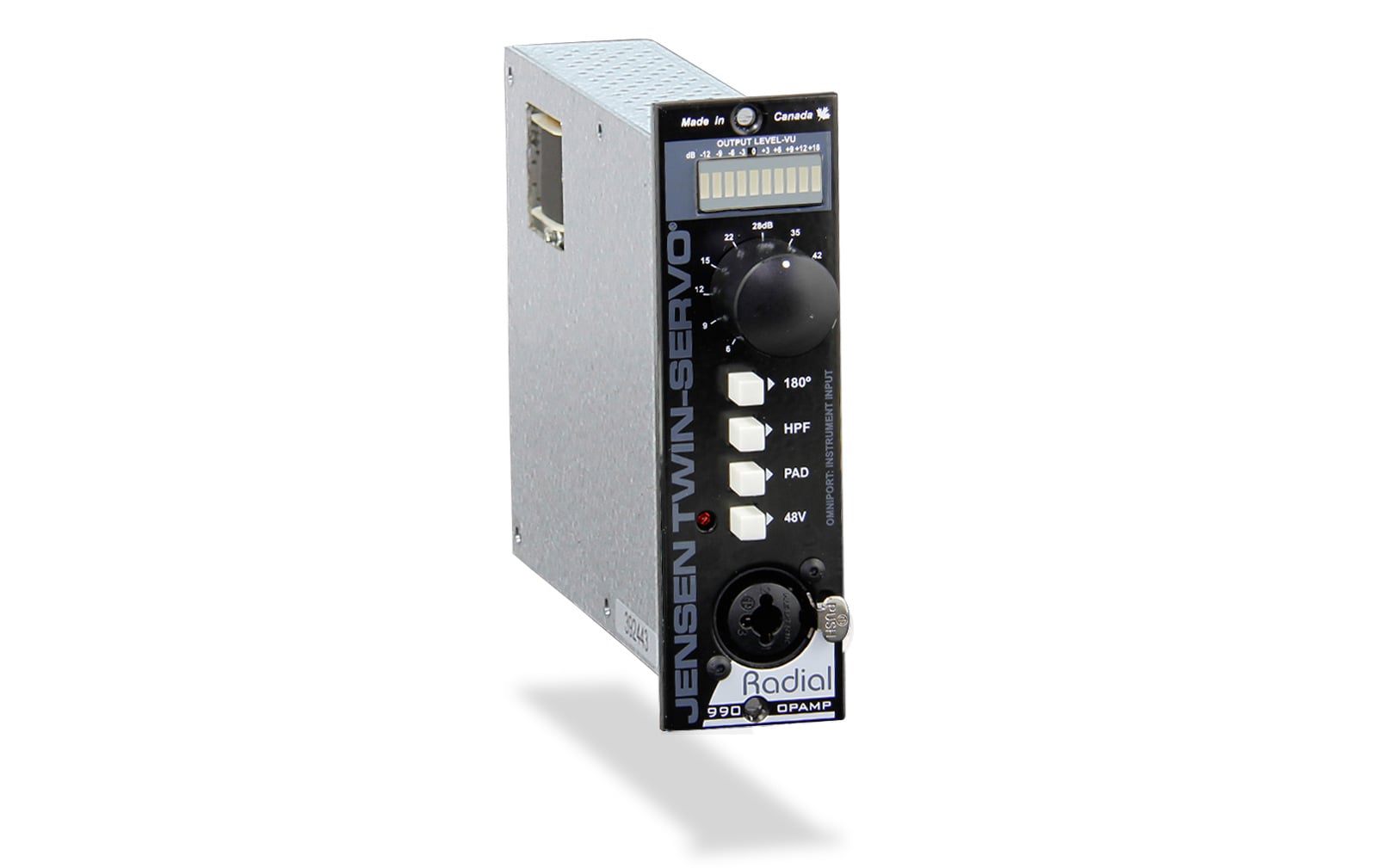 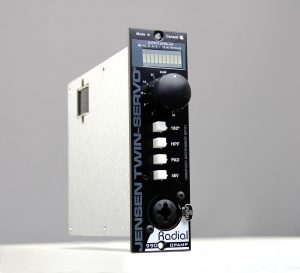 The Jensen Twin-Servo is a remake of what may well be the most spectacular preamp ever made. According to Jensen’s Chief Technology Officer Bill Whitlock: “When Deane Jensen first put his mind to building the finest microphone amplifier possible, the development process began with the now famous 990 op-amp. Part of the magic was maximizing the gain-margin so that no matter what the input, the lowest possible distortion would be realized. The unique design essentially cruises along in Class-A mode and then transitions to Class- AB only when pushed to extremes.  In order to eliminate phase shift, all capacitors were removed from the signal path and replaced with servos. The ‘unlimited bandwidth’ enables the design to reproduce signals from DC to light. He then added two of Jensen’s most robust transformers to the sauce in order to eliminate DC coupling noise and provide the necessary drive for long cables.  The end design incorporates two 990 op-amps cascaded in series, two servos and two Jensen transformers, thus culminating in the Twin-Servo name. One listen and you will immediately hear a bottom end response like no other with a smooth, natural rendering that extends from 0.2Hz to 150kHz. Working with the Radial design team, the Jensen Twin-Servo 500 has been faithfully reproduced following Deane’s original recipe and has been adapted to fit the 500 series format.” 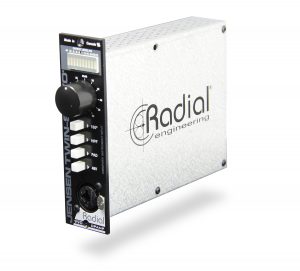 This 500 series version is able to deliver up to 60dB of gain. It features a convenient front-panel Neutrik Combo connector with choice of XLR and ¼” inputs, a dual-gang potentiometer for level adjustment along with a 10 segment LED meter for viewing. This is supplemented with a 180°polarity reverse switch that toggles the absolute phase, a gentle high-pass filter to eliminate excessive resonance, a -15dB pad, and a 48V phantom power activation switch.

Made and distributed globally by Radial Engineering Ltd., the 100% discrete design follows Radial’s high standards with all-steel construction, rugged powder-coat finish, a fully enclosed back box and dual-sided gold contacts for positive connection to the 500 series back plane.

For more on the Jensen Twin-Servo 500