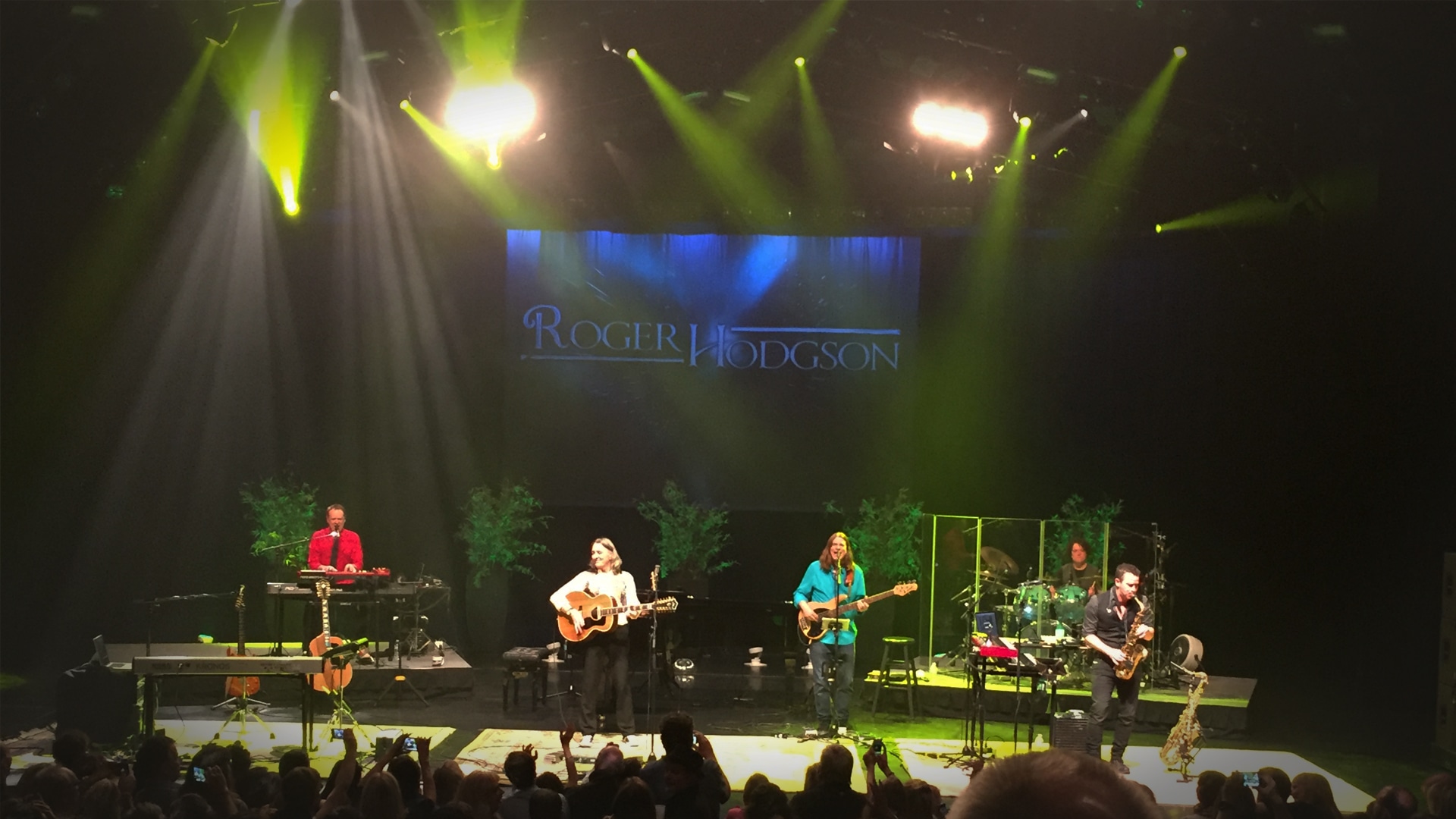 Back in 2015, Radial’s Peter Janis (CEO) and Jim Rhodes (Artist Relations) caught up with former Supertramp member and classic rock icon, Roger Hodgson, in Vancouver, BC. Roger was in search of some DIs for his Guild® acoustic guitars and a DI for bass player, Dave Carpenter. Roger tried out the JDI Stereo on his acoustics and ended up ordering two of them. Roger also noticed the warm character of the Firefly™ Tube DI on Dave’s bass and ordered one to replace the Kemper® amp modeller they had been using up to that point.

On November 25, 2016, Roger returned to Vancouver for two sold out shows. Tour manager, Linda Tyler, contacted Jim to see if he could bring a few devices to the venue for Roger to try. With Roger recently changing the pickups in his Guild acoustics, he was interested in trying out the active J48 Stereo. After a few minutes of comparing the J48 Stereo to the  JDI Stereo, Roger noticed an increase in both the mid and higher frequencies from the Guilds using the J48 Stereo. Roger was so pleased he ordered two.

Roger even took 30 seconds during the concert to give a shout-out to Radial: “These guys are located only ten minutes away from here and make some of the best devices in the business… I have no idea what they do but they make my guitars sound beautiful.”

You don’t have to look very far to understand the magnitude of hits Roger has written over the years, all contributing to Supertramp’s success. Songs like Take the Long Way Home, Logical Song and Give a Little Bit were all written by Roger, solidifying his rightful place as one of rock’s “greats”. We would like to thank Roger and his band for their ongoing support of Radial.

For more information about Roger go to rogerhodgson.com

For more info about Radial please check out radialeng.com