The Radial JDI is Celebrating 20 Years! 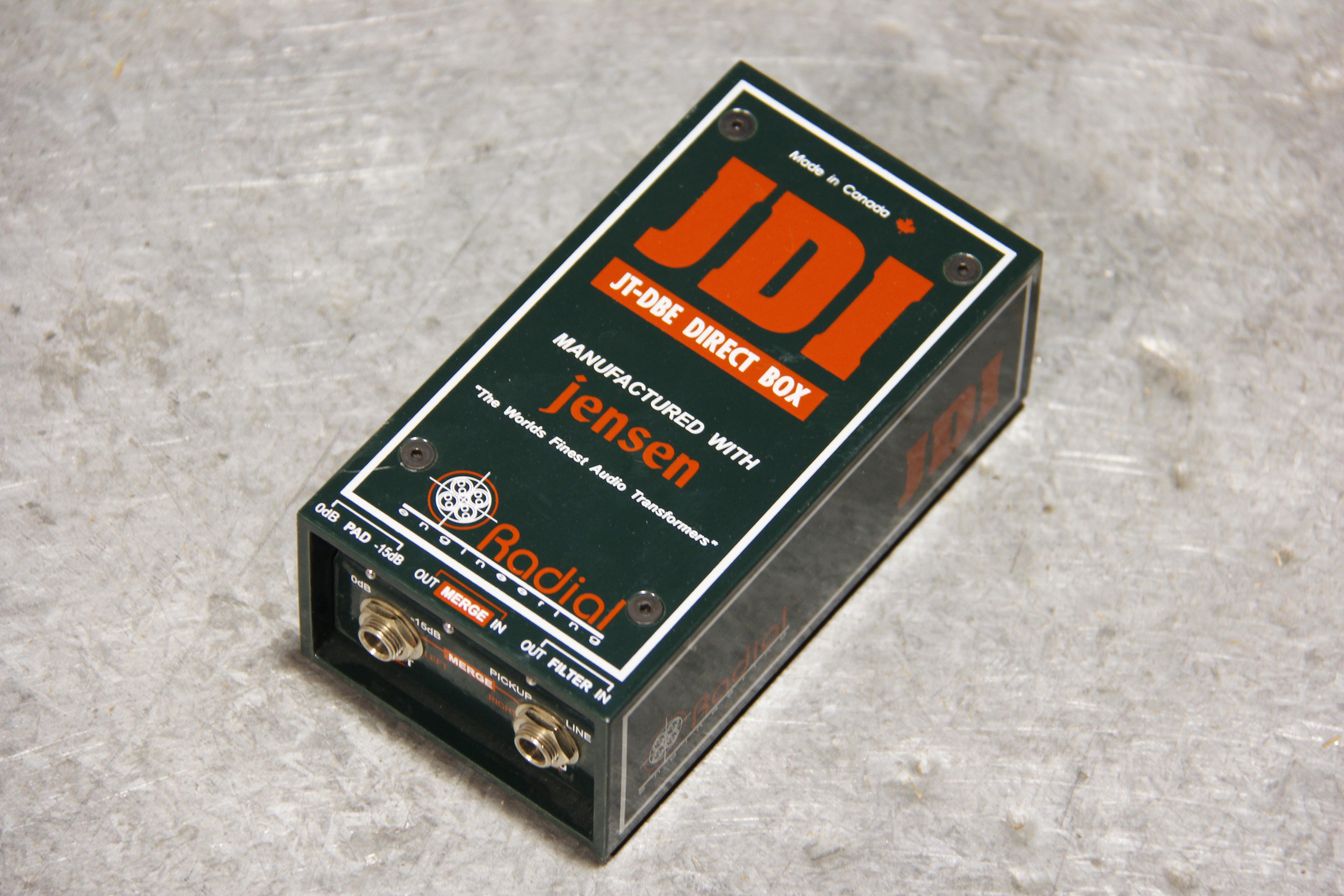 Who would have guessed 20 years ago that this tiny box would find its way inside nearly every venue, studio, and travelling musician’s rig… The Radial JDI is now both a staple for audio engineers and an industry standard as the world’s finest passive direct box.

“It all started back in 1981, when I was working in a music store in Edmonton, Alberta.” recounts Radial president Peter Janis… “The store’s service technician also happened to be one of the top bass players in the city. He not only could fix anything, but he was incredibly musical. I remember the day when he ordered a Jensen transformer and when it arrived, it was as if he had uncovered a gold amulet from the lost city of Atlantis! A few days later, he came into the shop with his hand-made direct box and exclaimed that he had finally been able to hear his bass the way the Gods had intended. I heard what he heard and became a fan of transformers from that moment on. Fast forward a dozen years later… Radial Engineering Ltd., was manufacturing custom cables and snakes for various PA companies and we noticed that many were building their own DI boxes using left over aluminum extrusion or steel boxes. These folks understood the benefit of a high performance transformer but could not buy an off-the-shelf solution. The original Radial JDI was born in 1996, updated in 2001 and further refined in subsequent years.”

A direct box has the primary function of interfacing a musical instrument with the PA system by converting the unbalanced high-impedance instrument signal to a low-impedance balanced mic level signal. Proper impedance matching significantly improves the audio performance, while balancing the signal enables long cable runs without adding appreciable noise. Passive direct boxes such as the JDI employ a transformer to electrically isolate the input from the output using electro-magnetic induction to transfer the signal. The term ‘passive’ refers to the fact that these direct boxes do not require power such as a battery or 48V phantom power to make them work. Because isolation transformers have the unique ability to bridge the signal without a ‘hard’ electrical junction, DC noise and stray ground currents are eliminated, thus 60-cycle hum caused by ground loops is virtually eradicated.

Although passive direct boxes have been around for years, the liberal use of inexpensive, low quality carbon or silicone steel core transformers has put into question the quality of a passive direct box versus their active counterparts. Problems with low cost transformers show up in the form of excessive loading, limited frequency response, phase shift, noise and distortion of all types. Cheap transformers sound bad. Good transformers are difficult and expensive to produce.

The JDI’s engine is a custom ordered transformer that incorporates a series of very specific manufacturing processes: For instance, the inner core that creates the magnetic bridge between the primary and secondary windings is critical to the transformer’s performance. The nickel itself is tested for permeability and the laminations are carefully hand-stacked while paying attention to the magnetic properties to ensure the audio signal is transferred without group delay, phase shift or premature saturation. To certify uniformity, the ultra-fine insulated copper wire is coiled onto the bobbin using digitally controlled winding machines set to a very high tolerance. This not only ensures the exact number of turns is maintained, but the winders are programmed to scatter the wire in a proprietary fashion in order to

achieve the desired sonic results. An internal copper Faraday electrostatic shield is carefully inserted between the primary and secondary to eliminate capacitive coupling between the coils. The transformer is then housed inside a MuMETAL® can where the magnetic bridge is protected from outside electro-magnetic fields. The transformer is then mounted on a double-sided military spec PC board and affixed inside a rugged 14 gauge enclosure. The steel shell serves an important role: protecting the inner workings from outside magnetic pollution. Few realize that aluminum – which is used by many other manufacturers – does not provide effective shielding. In fact aluminum is often used to build antennas! The relative permeability of aluminum is rated at 1 while steel is 4000, and MuMETAL 40,000! The steel outer shell and internal MuMETAL combine to give you maximum protection. Keep in mind that DI boxes are often placed right on top of bass amplifiers where huge power transformers are generating powerful magnetic fields. Power cables, lighting and dimmers also emit tremendous noise, If left unchecked, these will pollute the magnetic core and cause the unprotected transformer to distort.

20 years on and the JDI is still being built as solid and road-ready as when it was first introduced.

Read more about the JDI here.