The “Right” DI For Computers In Audio 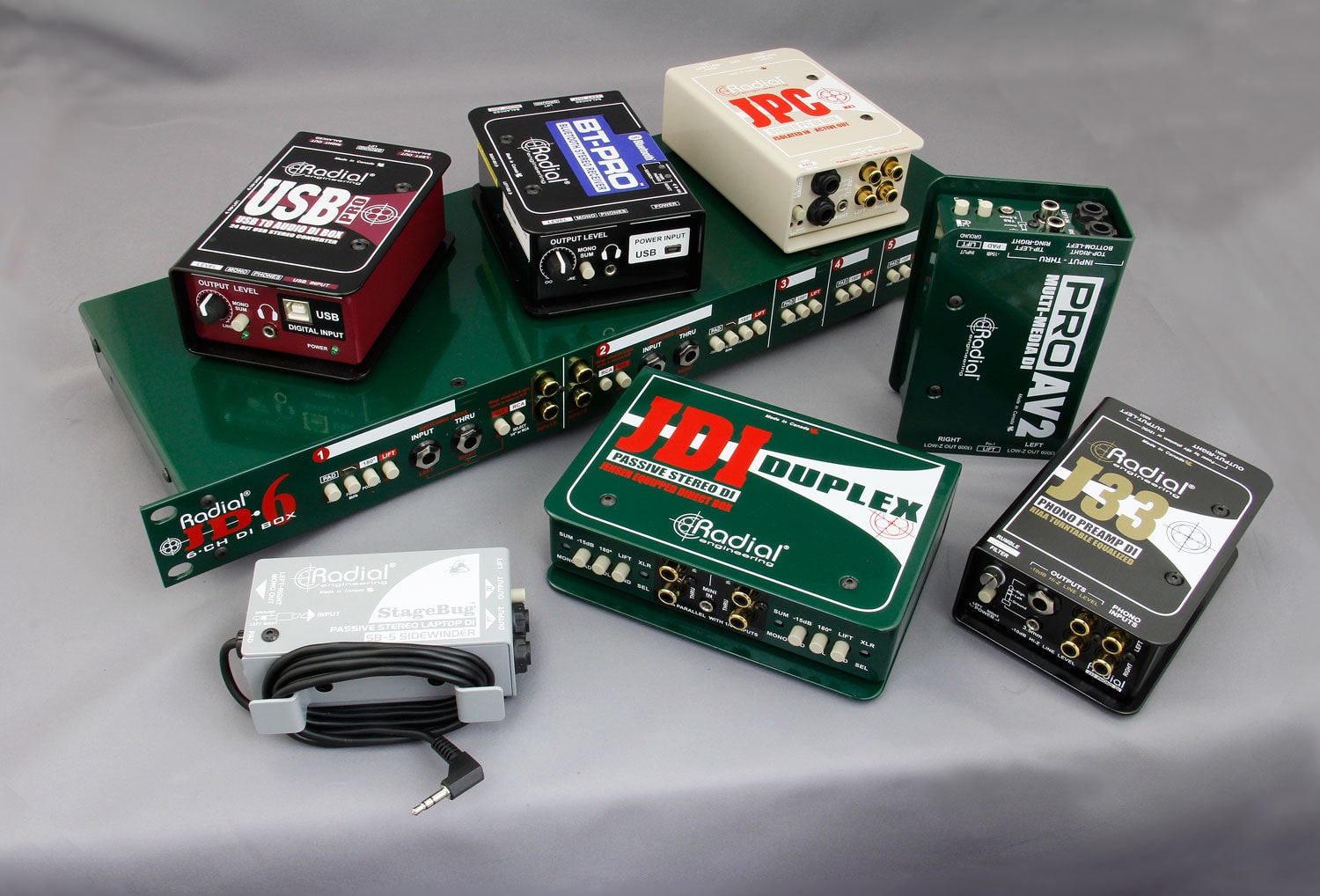 Ready, brace yourself, this one is going to hurt: Computers are not made for audio. There, I finally said it!

Computers are made for crunching numbers, and they also happen to be able to manage audio and video tasks really well because of their tremendous processing power.

However, when it comes to best audio quality practices, they’re sometimes not ideal. Often we use computers to feed tracks to PA systems and as playback machines for things such as backing tracks. Getting the sound from the computer into a sound system is relatively easy: Connect the 3.5-mm (1/8-inch) unbalanced output jack and away you go. If only it were that simple…

Anyone who has done this knows that more often than not, it can introduce a ground loop or induce noise via the unbalanced line. Even PA system noise can find its way into the computer, adding noise to the program material output. Amplify any of this with 20,000 watts and you have a problem.

Passive Boxes
Several companies produce direct boxes that are specifically designed for computers. These are usually stereo, and more often than not, are passive or transformer based.

Because the computer’s output is buffered (usually by a -10 dB consumer level or headphone jack), a passive DI is perfectly suitable for computers. Transformers can usually handle a lot more signal before distortion when compared to phantom powered active DI boxes. This makes them a better choice when using the headphone jack.

Active Boxes
The active direct box was originally developed as a means to eliminate loading that would occur on low output electric bass pickups. By introducing a buffer, the bass signal going to the artist’s stage amp would not be affected thus conserving his sound while the PA system would be fed a hotter signal.

Buffers are essentially amplifiers. This means that they need power (voltage and current) to make them work. The preferred power source is 48-volt phantom because it does not require running separate AC for the DI box.

The other hidden advantage of a buffer is that the signal will only go one way. Unlike a transformer that is bi-directional, buffers do not allow signals to go backwards. Where this matters in our world is preventing noise from polluting the computer.

And because most program material is limited during the mastering process, one can get sufficient headroom using phantom power to generate a relatively clean signal. The problem, unless dealt with, is the lack of galvanic isolation; active DIs don’t solve ground loop problems.

There are some DI boxes that combine the benefit of an active direct box with transformer isolation. These are usually a little more expensive than a simple passive or active DI because they offer the best of both worlds. The transformers isolate the computer from the PA, while the buffers inhibit PA noise from polluting the computer.

Peter Janis is the CEO of Radial Engineering and has worked in professional audio for more than 30 years. This article first appeared in Pro Sound Web in November 2011.