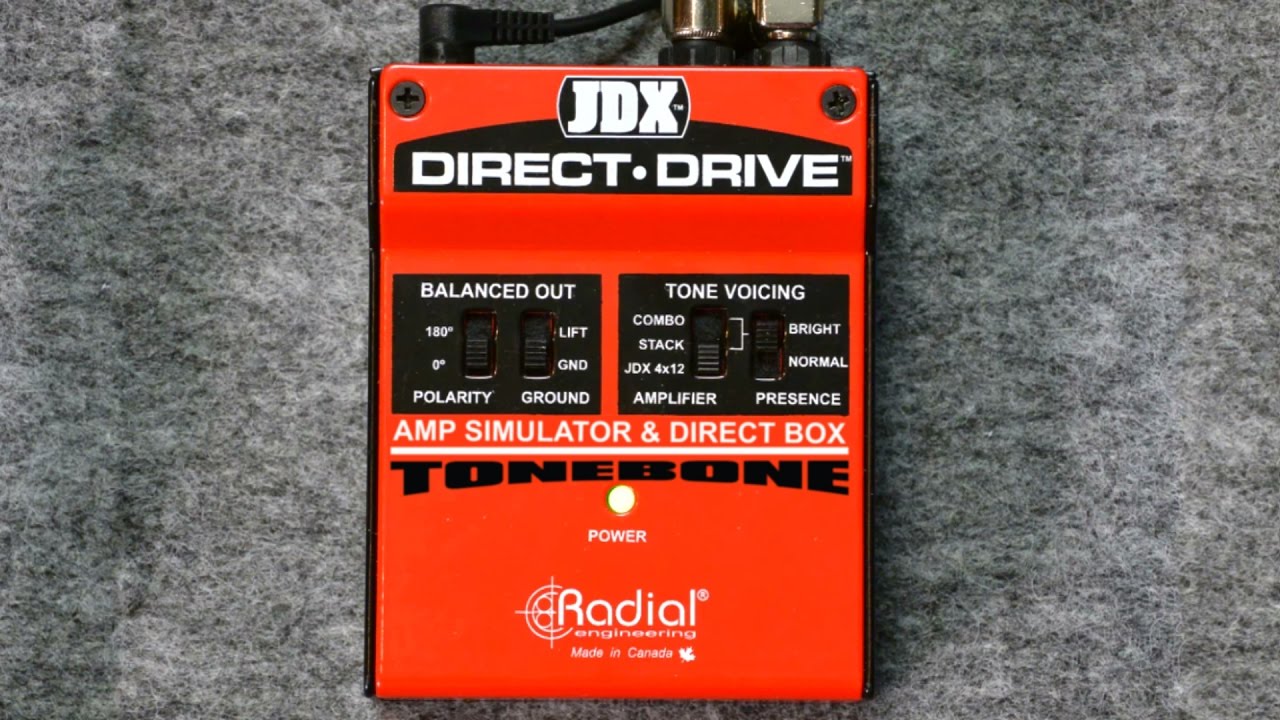 The JDX Direct-Drive™ is a powerful device that emulates the sound of a guitar amplifier while doubling as a direct box. It is based off our popular Radial JDX 48™ direct box that captures the sound of your amp’s guitar head, but this pedal requires no amp at all!

And so far, the response for this pedal has been even warmer than it’s tone. Premier Guitar says “it’s a highly rugged DI for recording and a worthy replacement when you don’t want to haul your Twin up two flights of stairs or a backup for when those tubes hit the skids in the middle of your gig”. After buying one from Sweetwater, Kurt left a customer review saying the Direct-Drive is “possibly the best clean amp simulator in the world!!”

Check it out for yourself in the video below: