Beginning with a class-A buffering circuit, The Hot-British V9 gives you the feel of a true-bypass pedal with the added benefits of greater noise rejection and lower impedance. Its 3 gain stages and powerful post-distortion EQ controls deliver a flexible high gain experience that is reminiscent of big hair and pointy guitars. In other words, the Hot-British V9 is a Plexi-in-a-box packed full of harmonics, sustain and balls to the wall distortion. Grab your whammy bar! 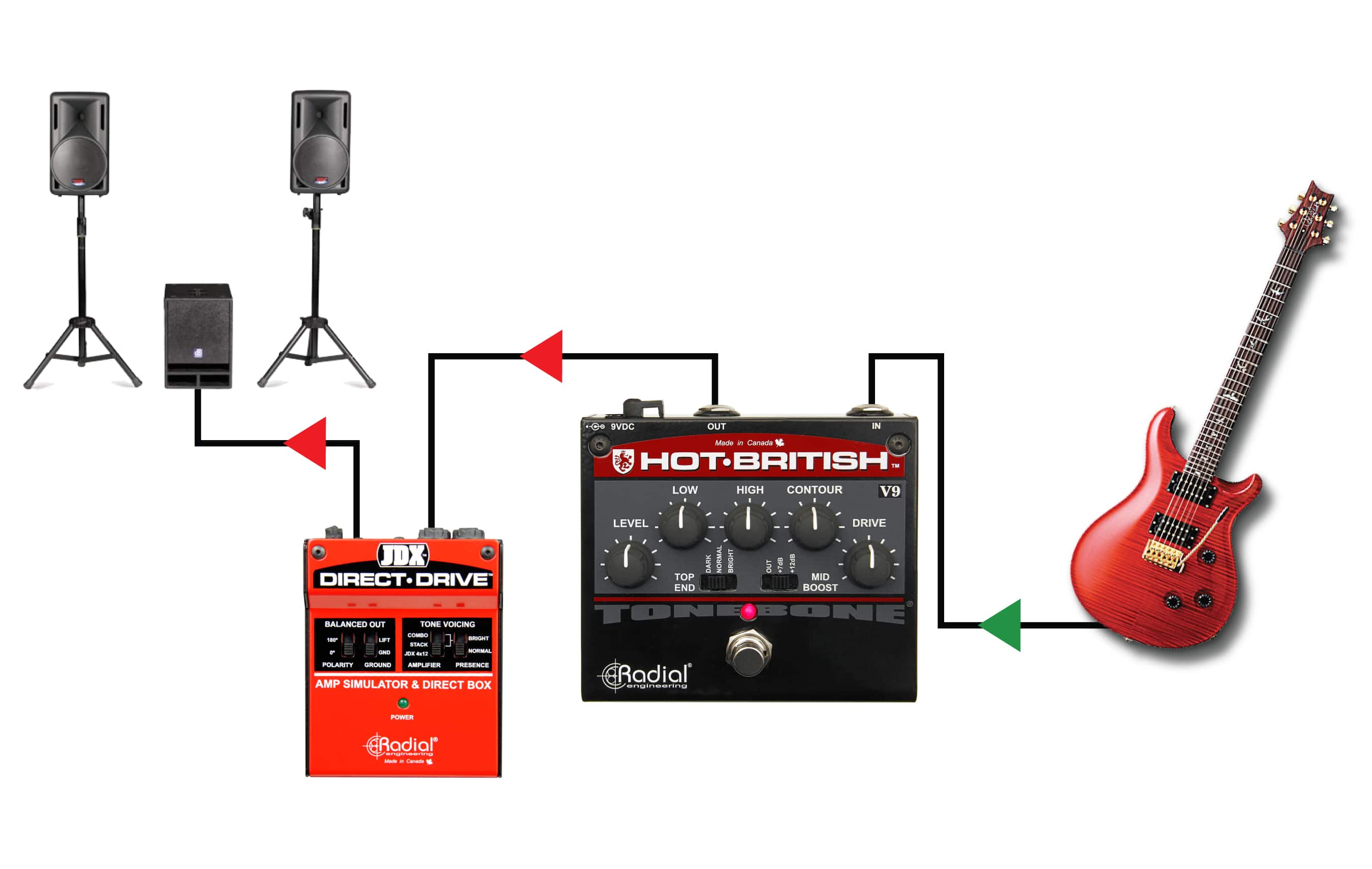 Plexi half-stack tone without the amp

Pair the Hot-British V9 with the JDX Direct-Drive™ to connect directly to the PA while retaining the same tone and feel of having an amp on stage. The Direct-Drive provides amp simulation modeled after the sound of a dynamic mic on a 4x12 cabinet.

Pair the Hot-British with your favorite amp, adjust the distortion from slight to extreme, and use the EQ controls to match the tone to your guitar and playing style. 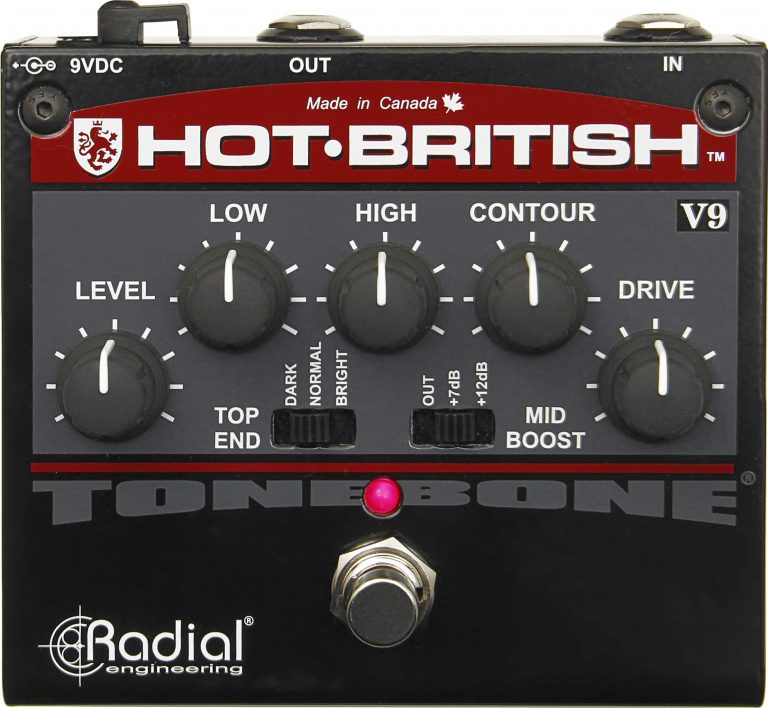 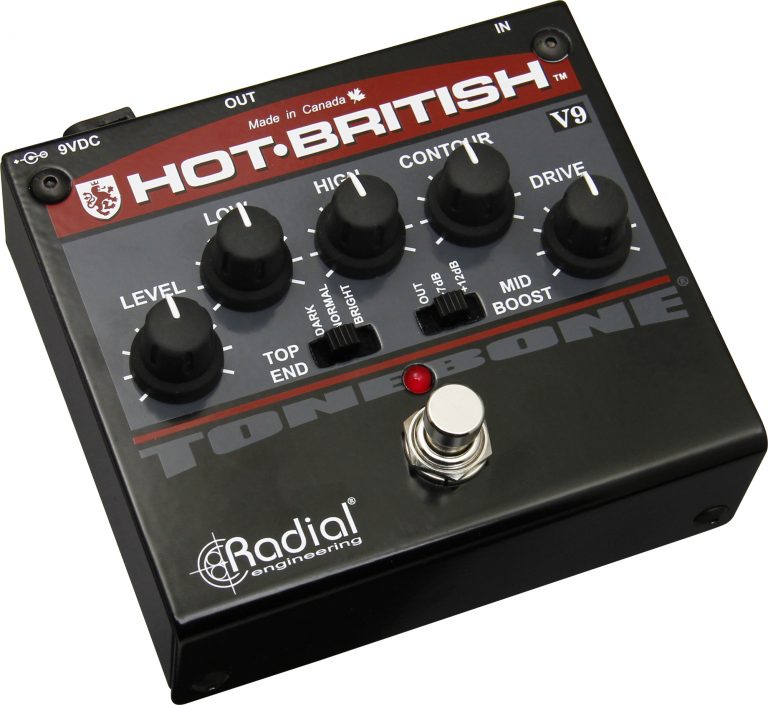 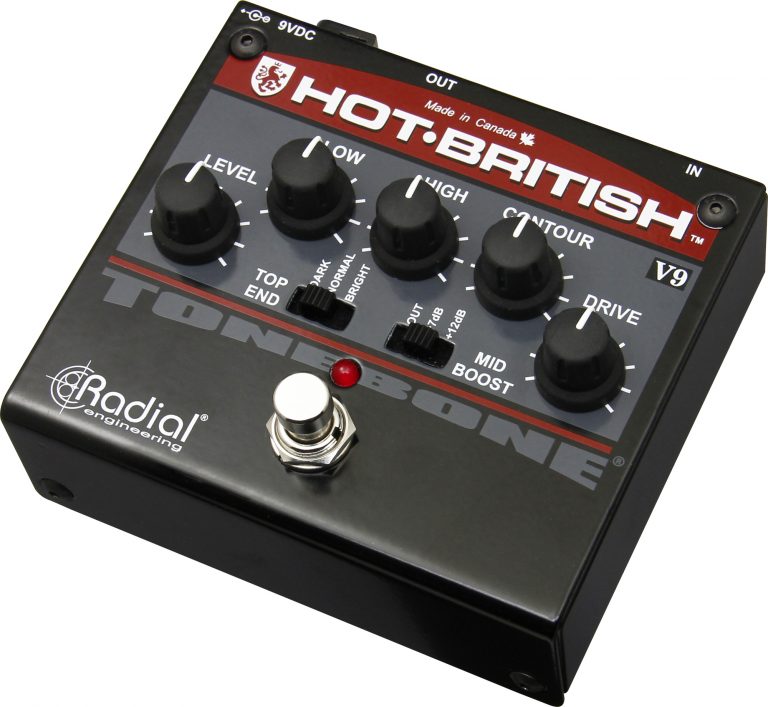 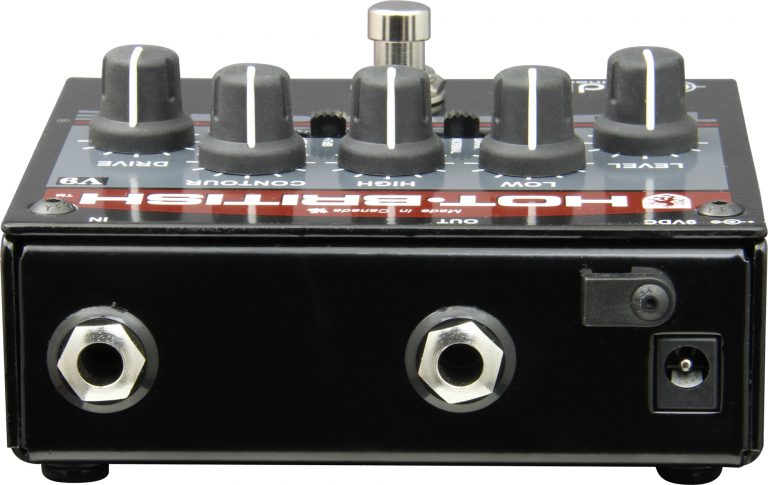 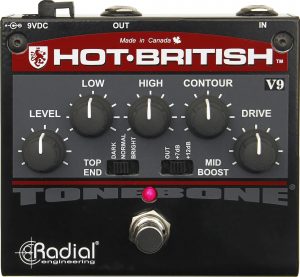 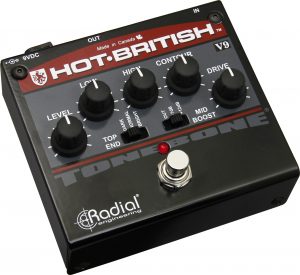 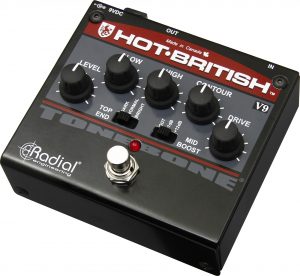 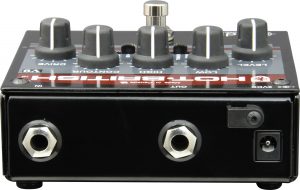 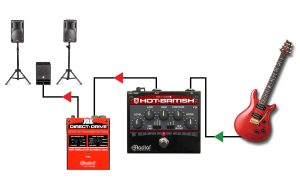 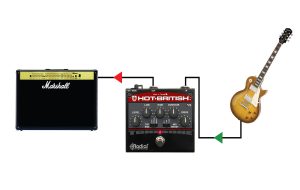