How does the JDI Stereo compare to the original JDI?

The audio signal path is identical, except that it is two channels and has a few less features due to limited space.

How does the JDI Stereo compare to the Duplex?

The audio signal path is identical, except that the Duplex has extra features to provide a greater degree of connectivity options.

What is the benefit of using the JDI Stereo over the JDI and Duplex?

The compact size is convenient, particularly given the number of stereo sources being used today. Further, since so many acts fly from one gig to another, smaller is often better!

Why is the output from the JDI Stereo set to mic level?

Since all of the microphones on stage are mic level, matching the output when DIs are in use makes patching things much easier. Matching the levels also helps keep crosstalk in the cable down.

No. The transformers will block the DC without any concern.

Does the JDI Stereo have a stereo to mono Merge function?

No. This passive function can be found on the JDI and Duplex.

Can I use the JDI stereo with PCs and other consumer electronic devices?

Yes. You merely need to find the proper adaptor cable to suit the ¼” inputs. 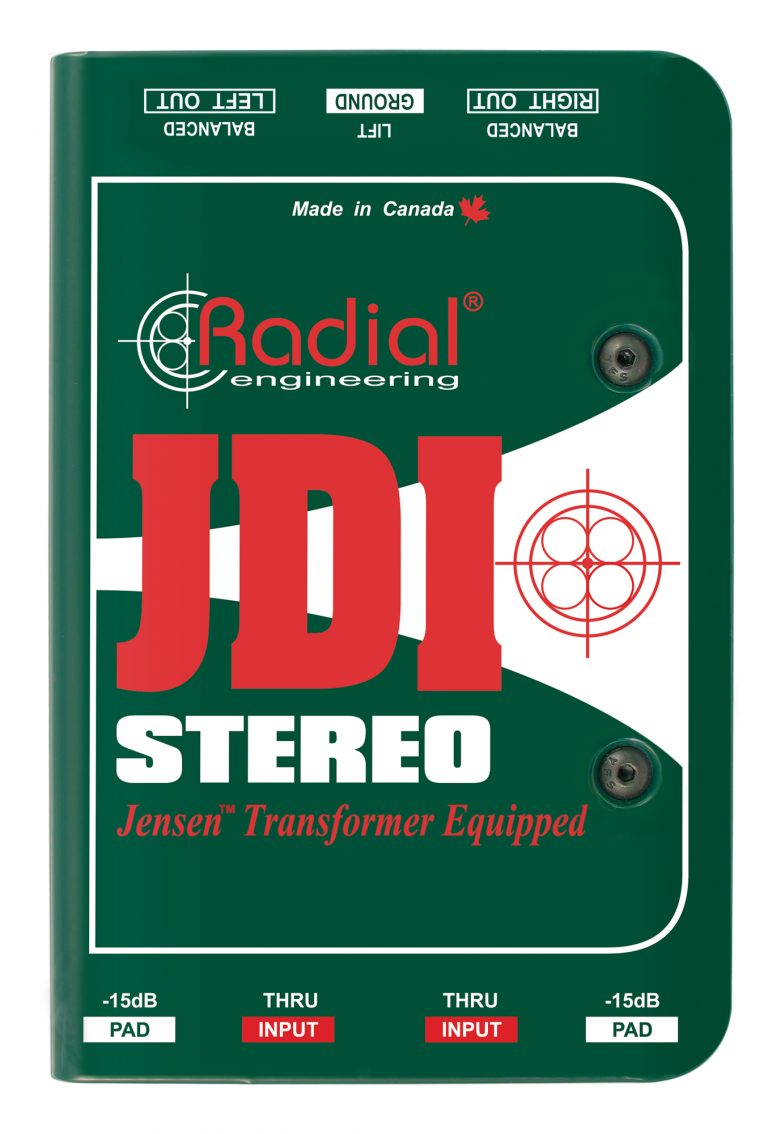 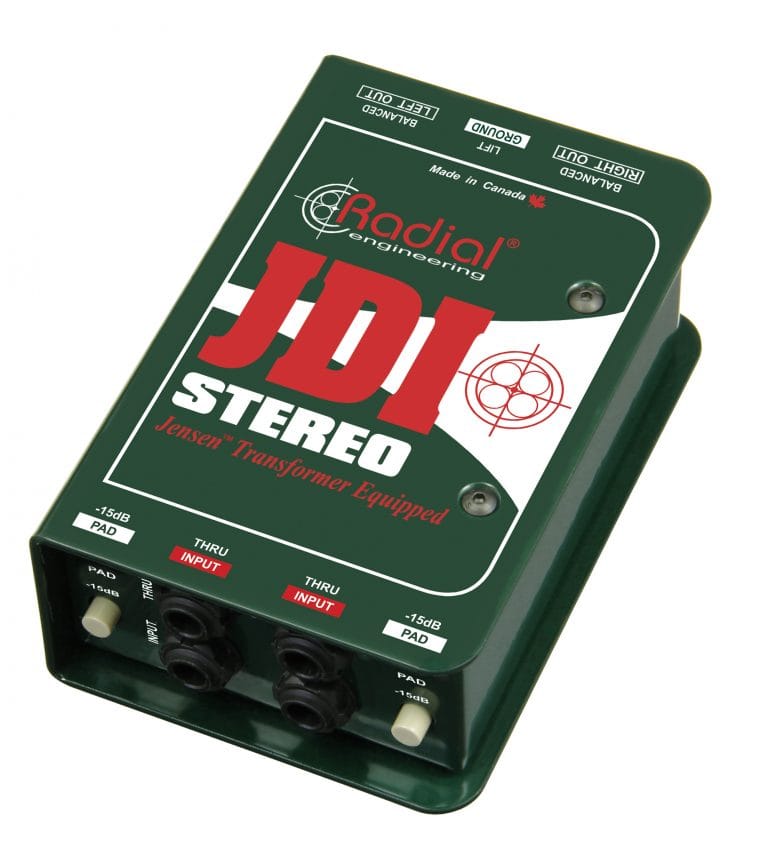 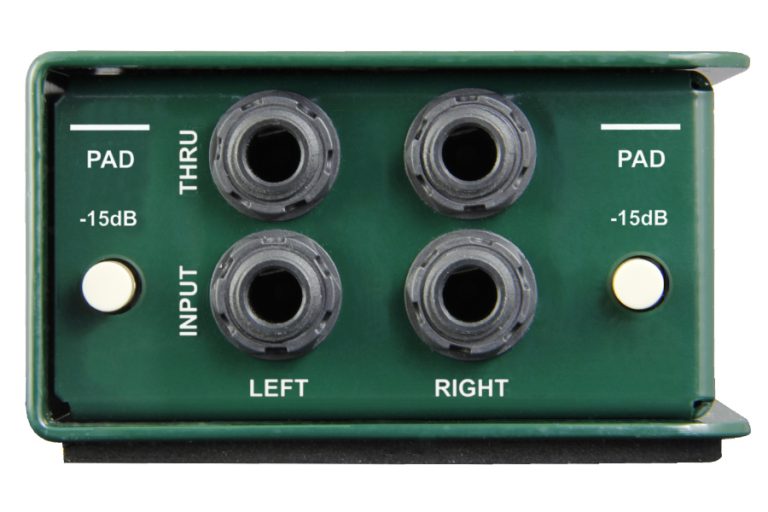 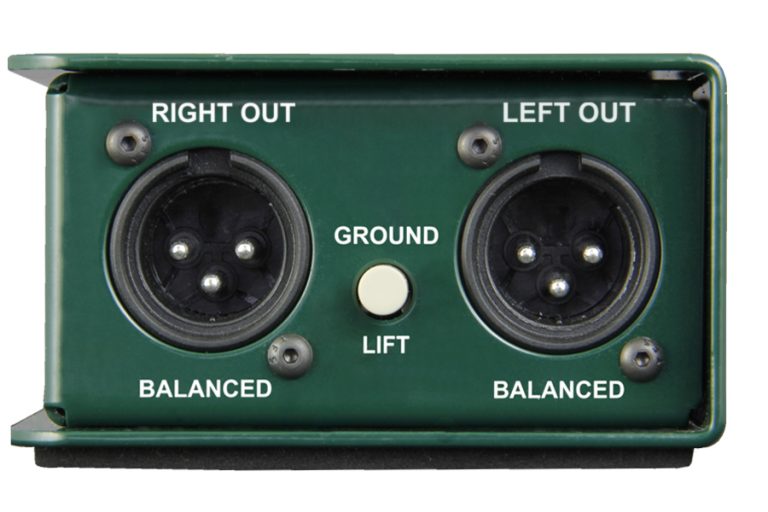 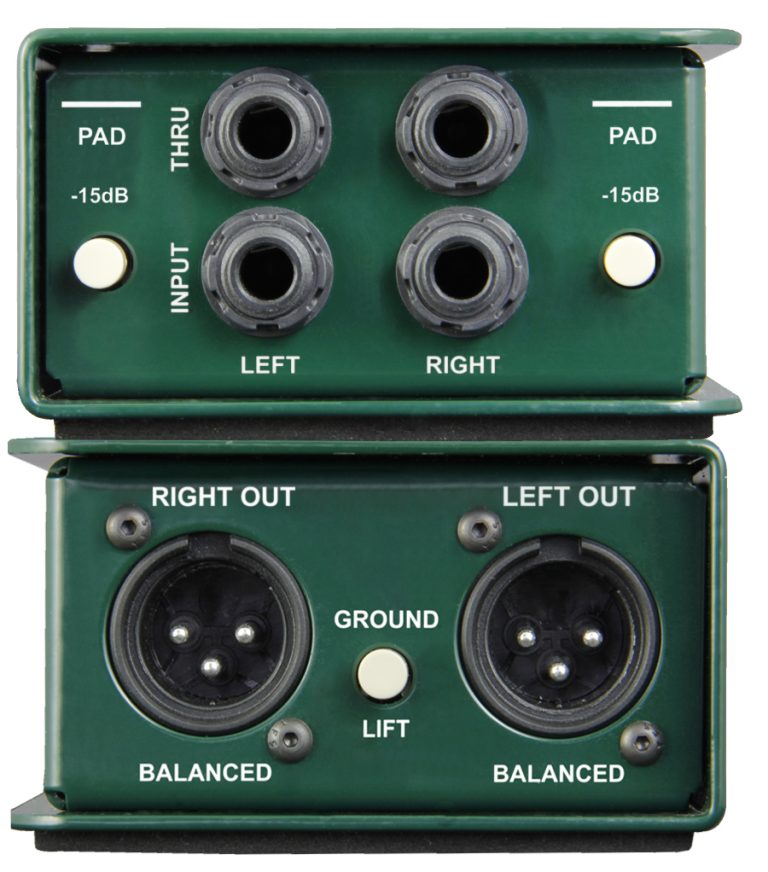 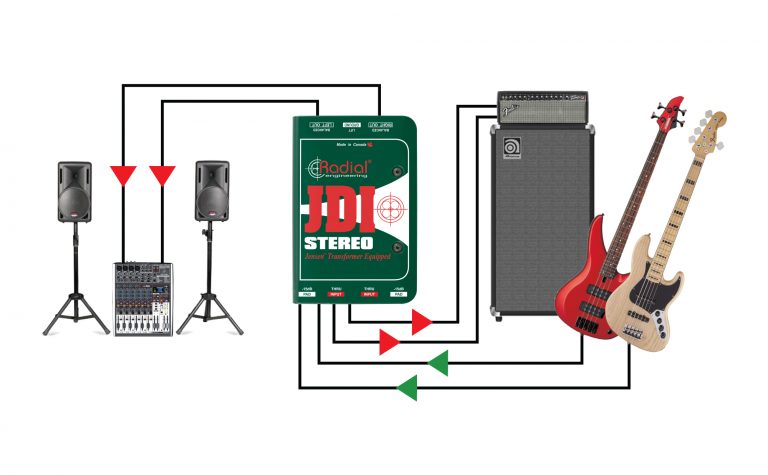 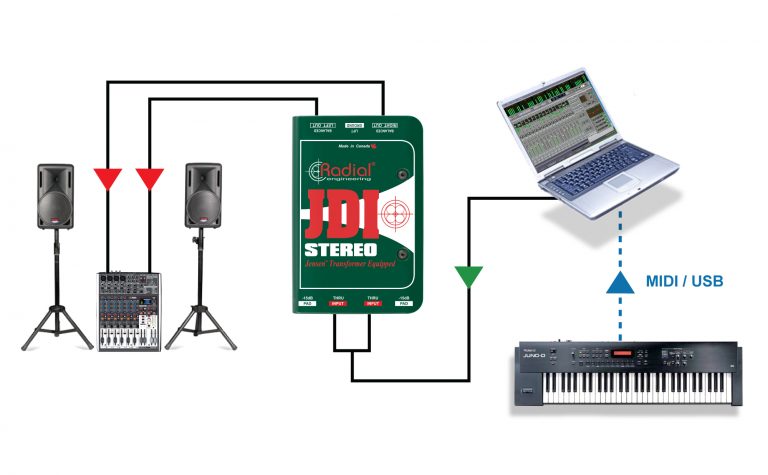 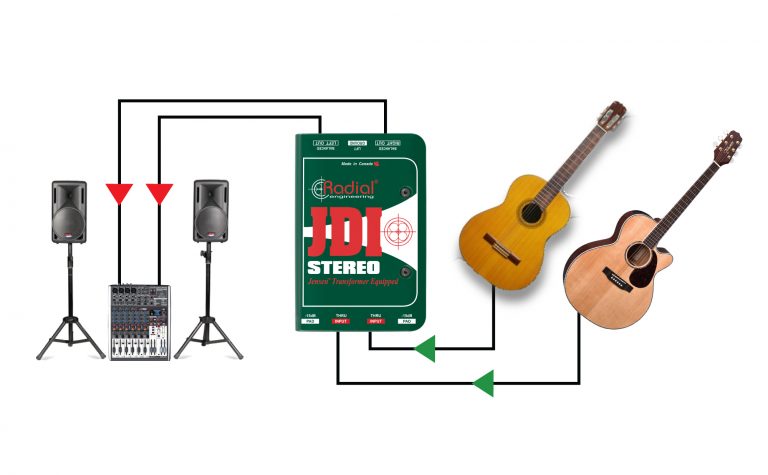 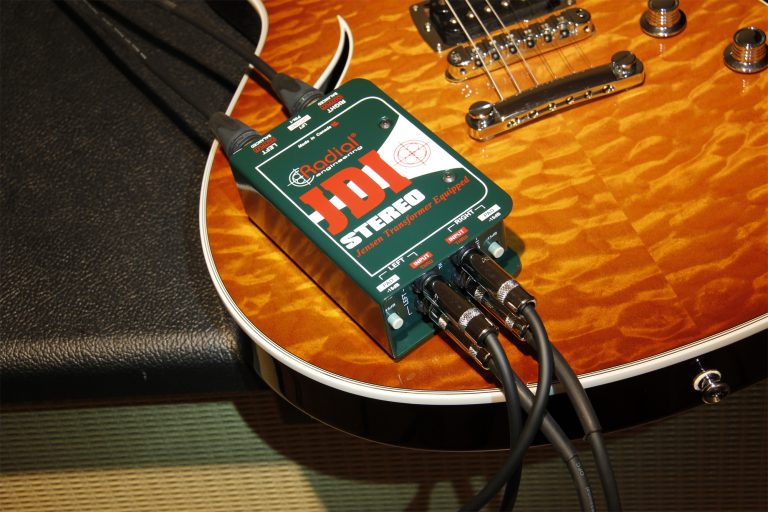 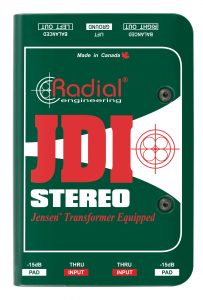 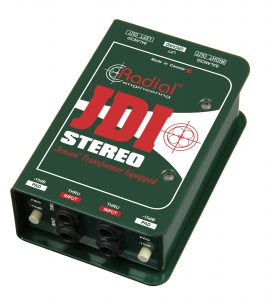 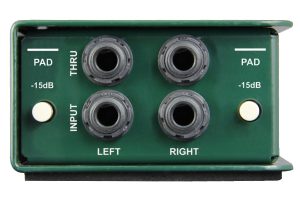 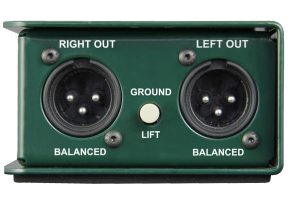 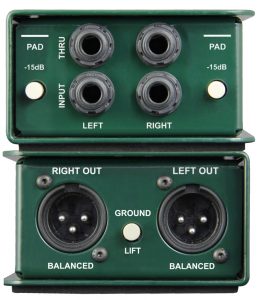 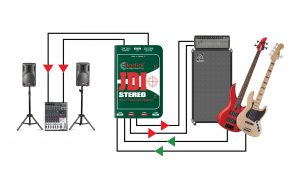 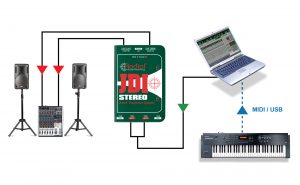 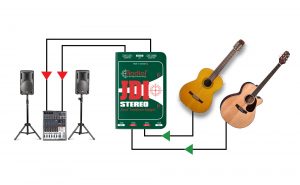 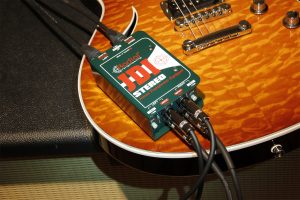