Why are computers so noisy?

This is mostly because computers are not optimized for audio. Audio is more of an added feature and therefore noise tends to find its way into the computer as there are minimal preventative measures built-in.

How does the JPC compare to the Radial ProAV2 or JDI Duplex?

Can I use the Radial JPC like a regular DI box for instruments?

In a pinch you could, but keep in mind that the JPC is designed for program material such as CDs that have been compressed and limited for radio play. High output devices like digital pianos or active basses can produce excessive transients that can overload the JPC. Instrument DIs like the J48, JDI and ProD2 are much better suited when interfacing instruments.

Will it harm the JPC if I connect a bass to it?

No. We just want you to be aware of the potential problem. If you intend to use the JPC with a high output source, make sure you engage the -10dB pad.

Can I use the JPC on keyboards?

Yes. Engage the -10dB pad and make sure you do not overload the JPC by driving too much signal through it. The JPC’s smaller transformers are designed for consumer product levels and keyboards, samplers and drum machines that are usually much more dynamic and uncompressed.

What is the advantage of transformer isolating the inputs?

When any two pieces of electrically powered equipment are connected together, they form a circuit. Often, the reference voltage on each device differs, causing stray voltage to appear at the connections, which in turn can cause system noise commonly known as ground loops. By isolating the inputs through a transformer, we are, in fact, introducing a magnetic bridge between the input and the output thus reducing the opportunity for ground loops to occur in the audio system.

Why is the JPC output mic level?

Direct boxes are always mic level. On busy stages, there can be upwards of 50 audio channels running from the stage through the mic splitter and snake system, to the monitors and front-of-house mix position. Trouble-shooting or moving audio connections around is made easier when all of the levels are the same. This also helps avoid overloading the mic splitters.

How can I use the JPC if I do not have 48V phantom available?

There are many companies that produce off-the-shelf 48V phantom power supplies. We also make alternate products such as the ProAv2 and Pro AV1.

Can I plug a computer into the JPC and then feed a powered speaker?

This depends on the active speaker cabinet’s input. The JPC is designed to connect to a microphone input that is equipped with 48V phantom power. Many active loudspeakers have built-in preamps with phantom power that enable a microphone to be connected.

My active speaker does not have a mic level input. How do I make this work?

Radial makes another product called the J+4. This will accept a -10dB signal from a computer, CD player or iPod and produce a +4dB line level output that is suitable for these speakers.

Can I rack mount the JPC?

Yes. The JPC can be rack mounted using the J-Rak. It can also be secured to a table, podium or inside a rack case using the J-Clamp.

Can I plug my laptop into the JPC’s 3.5mm TRS input and the XLR outs directly to powered speakers?

Can I use the Radial JPC in replace of my audio interface to record directly into my computer?

No. The Radial JPC is designed to convert the consumer level output from devices such as laptops, iPods and tablets to a balanced XLR mic level signal. The balanced output from the JPC can then run long distances (up to 100 meters) to a microphone preamplifier or professional mixing console without noise. 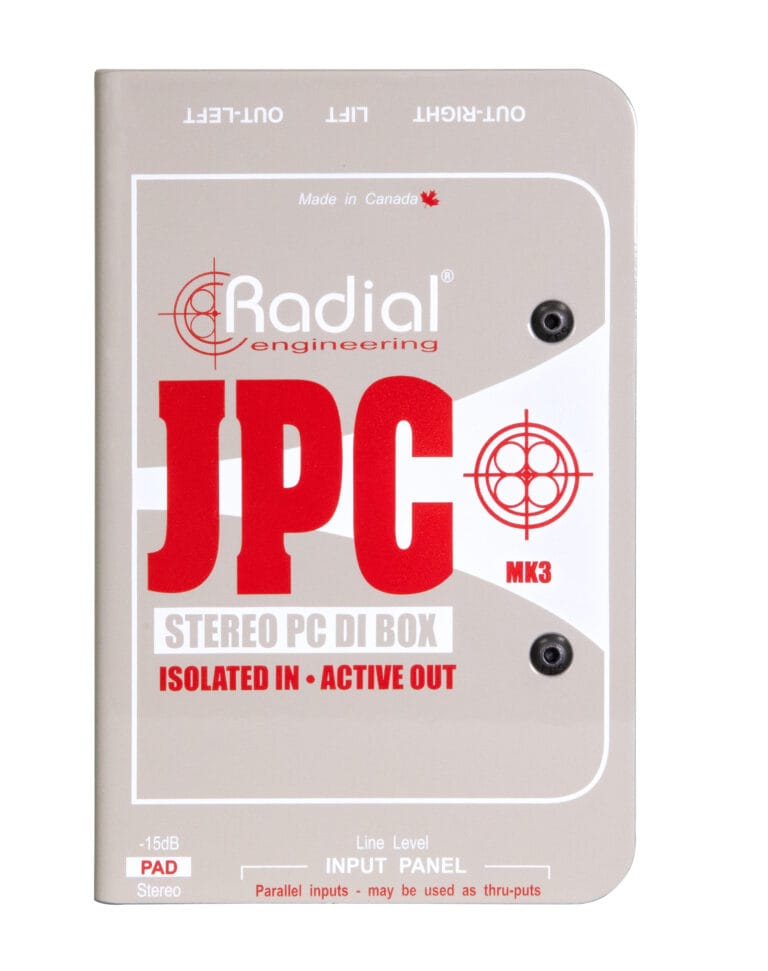 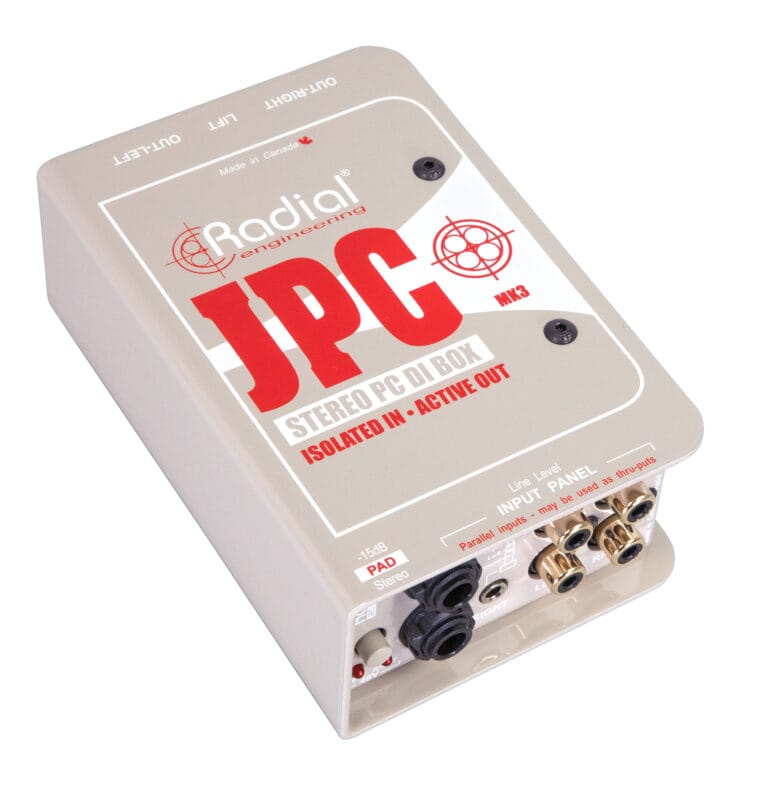 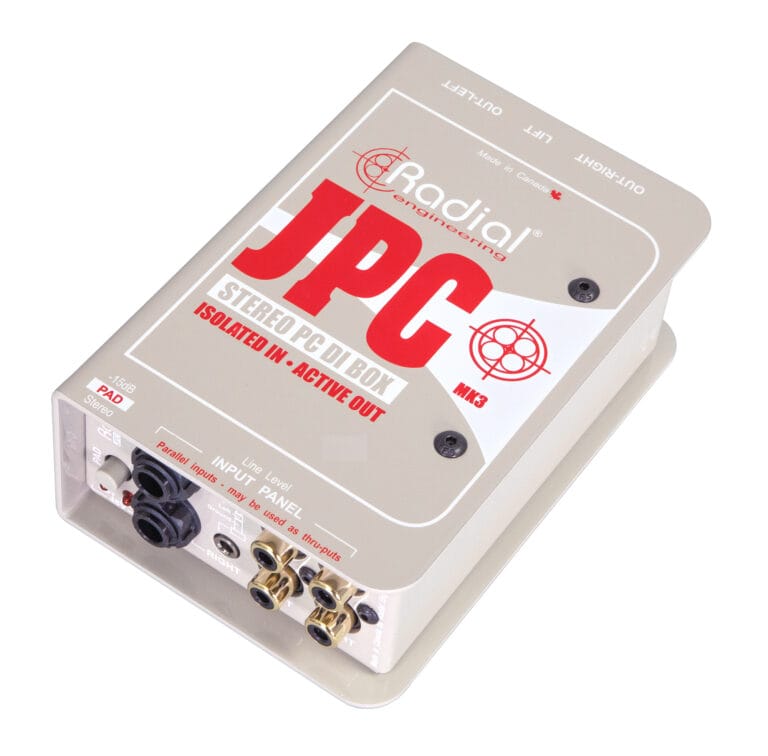 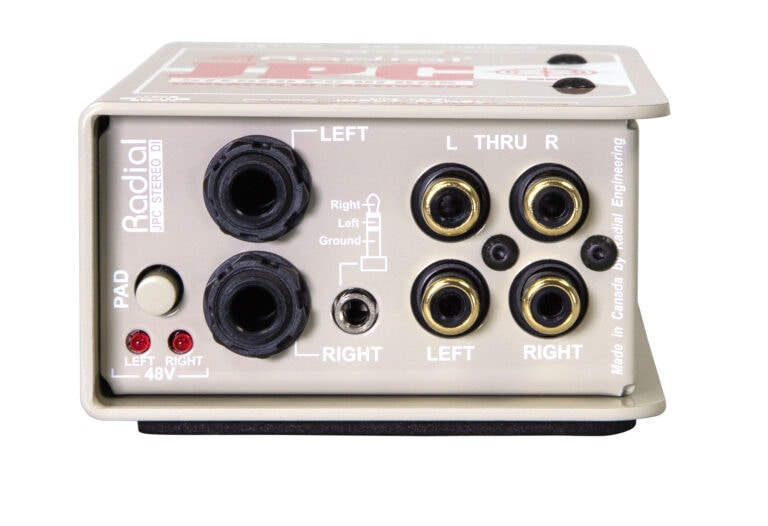 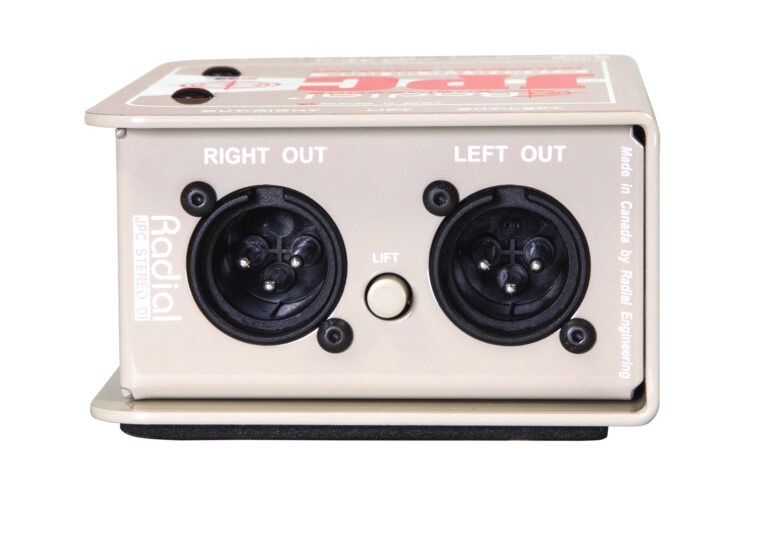 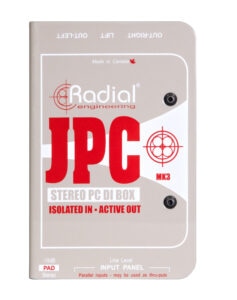 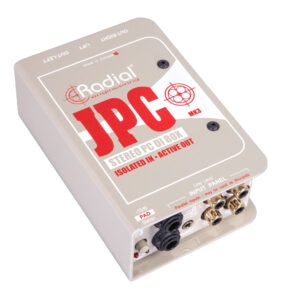 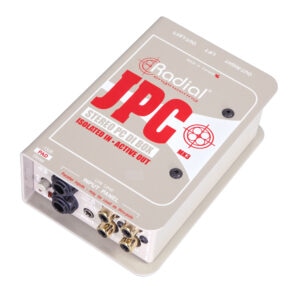 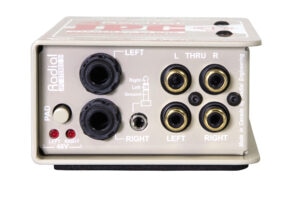 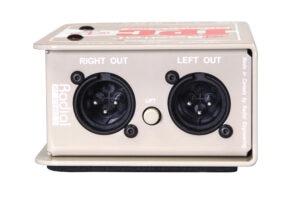 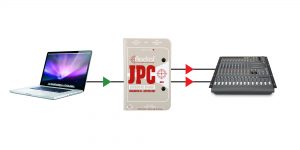 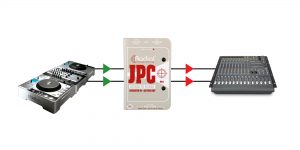 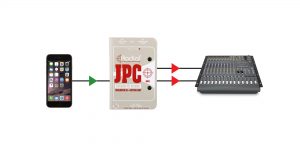