How is the LX8 powered?

Because the LX8 is passive, it does not require any power to make it work; you simply plug in and play.

If connected to a mic input on a console, can 48V phantom power cause damage to the LX8?

What is the difference between the LX8 and OX8™?

The primary difference lies in the type of transformer that is being used. As the LX8 is designed for higher output signal levels (up to +26dB), the physical construction is larger. As the OX8 deals with lower signal levels (as low as -40dB), a second MuMETAL® shield is required to keep unwanted magnetic fields out.

Can I use the LX8 with microphone level signals?

You can, but you may encounter noise due to extraneous magnetic fields and radio frequencies.

Why does the LX8 employ D-Subs instead of XLRs?

Space. There is no way to jam in 24 XLRs in a single rack unit.

Why would someone use the LX8 to warm up digitally recorded tracks?

Can I combine two Radial LX8s together to create two isolated outputs?

Yes. You merely connect the direct through from the first LX8 into the second and use the isolated outputs from both units. 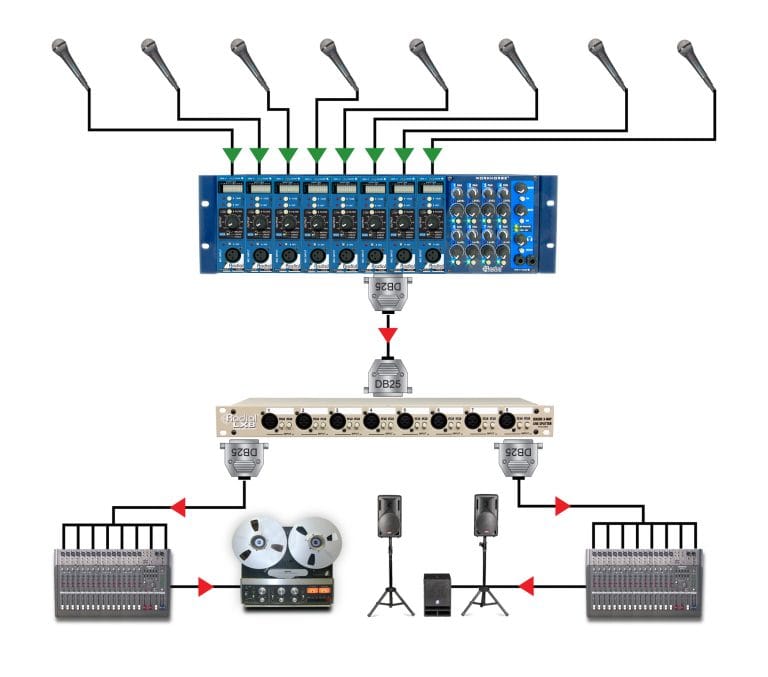 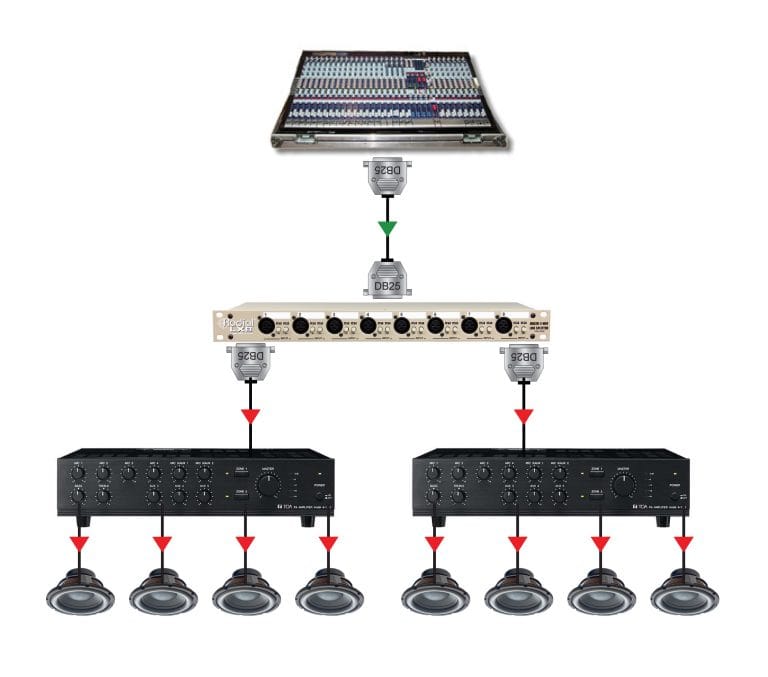 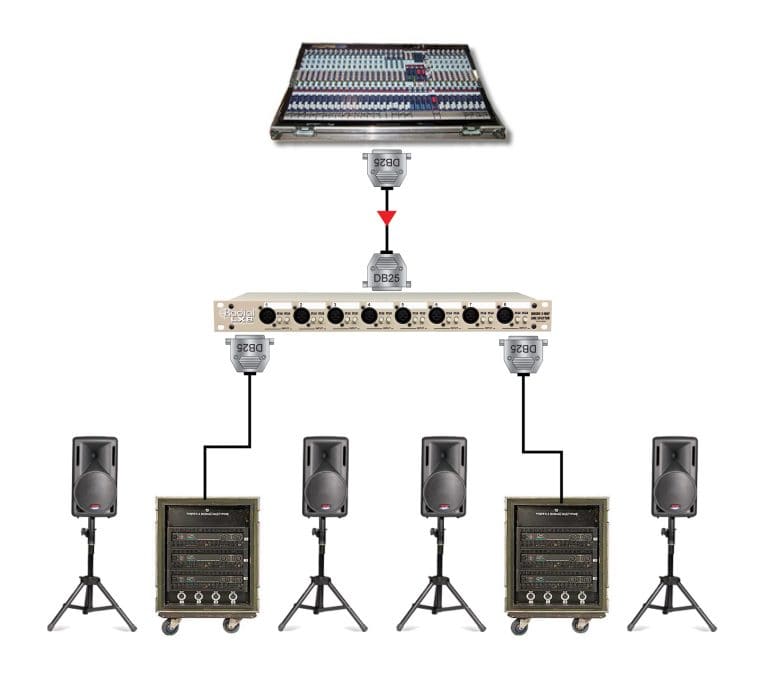 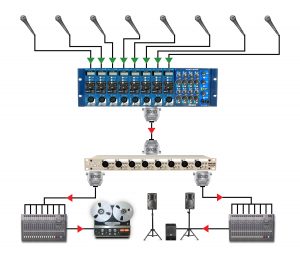 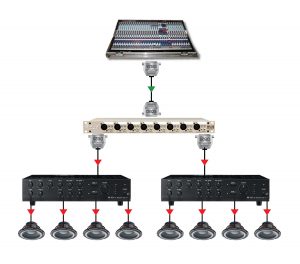 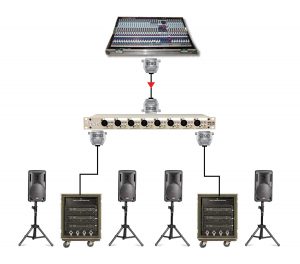