The J48 stereo is a high performance 2-channel active direct box for live concert touring and professional recording studio applications, with the ability to handle extreme transients without distortion while delivering the natural sound of your instrument. 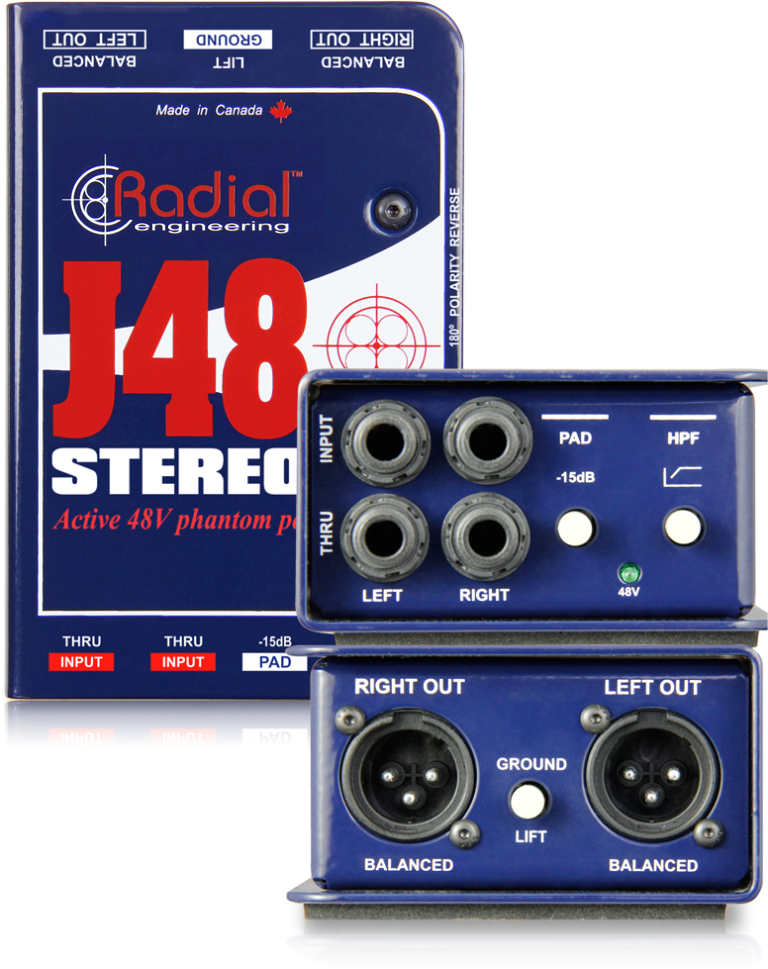 Most battery-powered instruments and stereo keyboards will produce as much as 7 Volts when played at maximum volume, which can easily overload typical active direct boxes which have are only able to handle about 3 Volts. The J48 Stereo uses a unique switching power supply that raises the internal rail voltage so it can handle up to an incredible 9 Volts, resulting in improved signal handling and greater headroom. This additional headroom significantly reduces distortion of all types, allowing the natural tone and character of the instrument to shine through. The J48 maintains stereo separation between the left and right channels, allowing it to be used on two separate instruments or with stereo sources such as keyboards. 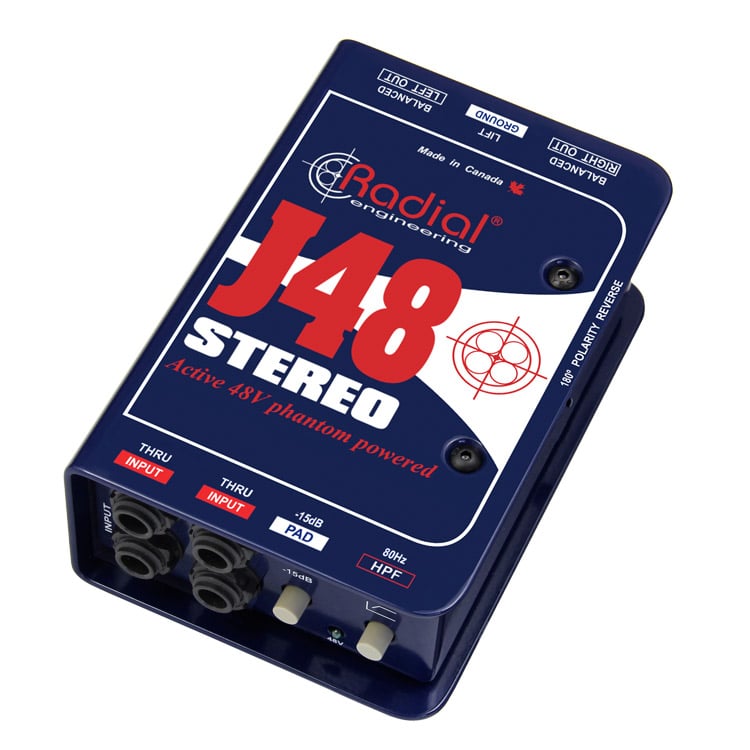 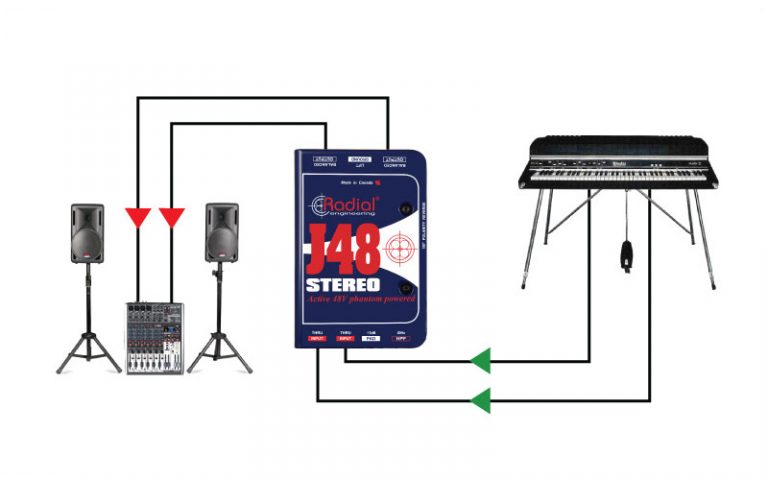 Using the J48 Stereo with a keyboard

The J48's active circuit and amazing signal handling makes it a great choice for both digital and old school analog keyboards. A built-in pad reduces the sensitivity if needed. 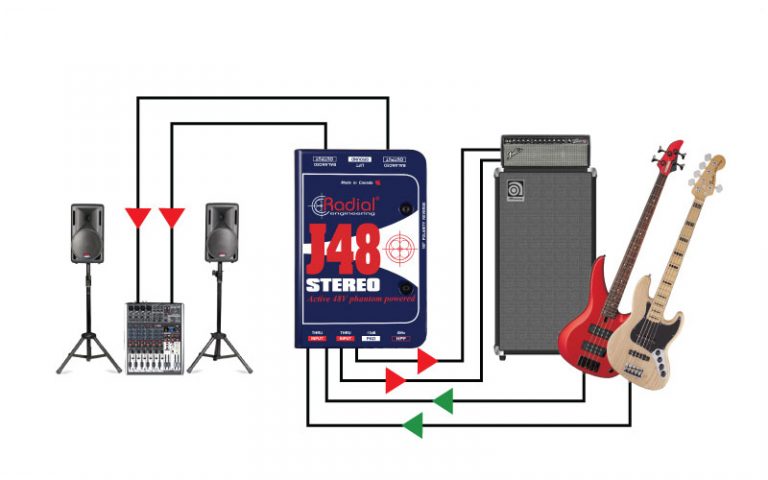 The compact design makes it easy to connect two guitars using one direct box. The great sounding active circuit sounds as good as other DIs costing five times as much! 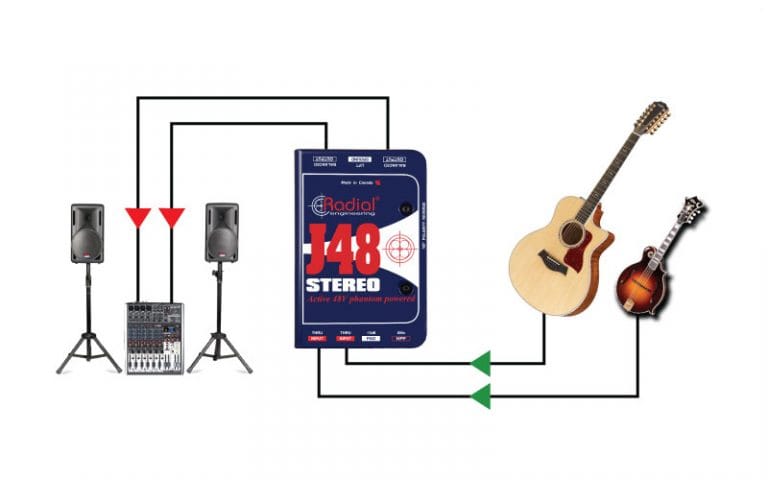 Use the J48 Stereo with two completely different instruments. The low crosstalk makes it a great choice when doubling between bass, acoustic guitar, fiddle, or mandolin. 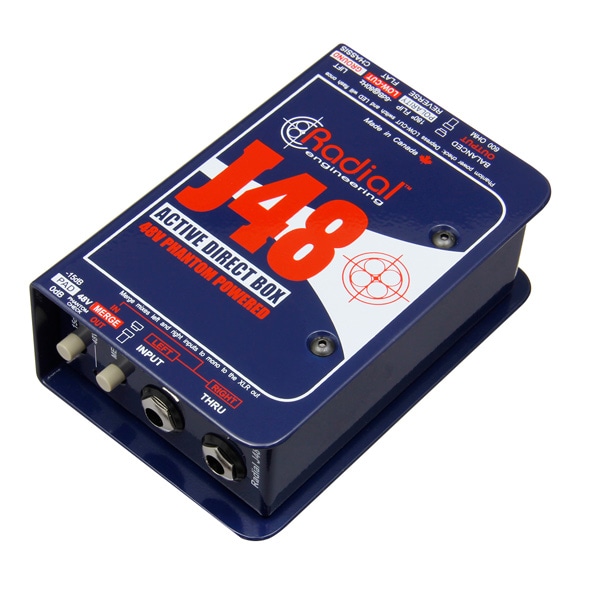 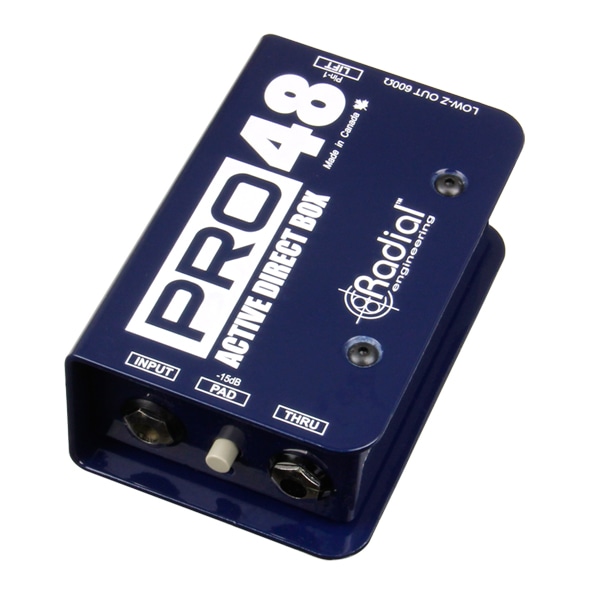 The Pro48 is an active direct box designed for use on stage or in home recording studios, with exceptional signal handling for use with both active and passive instruments. 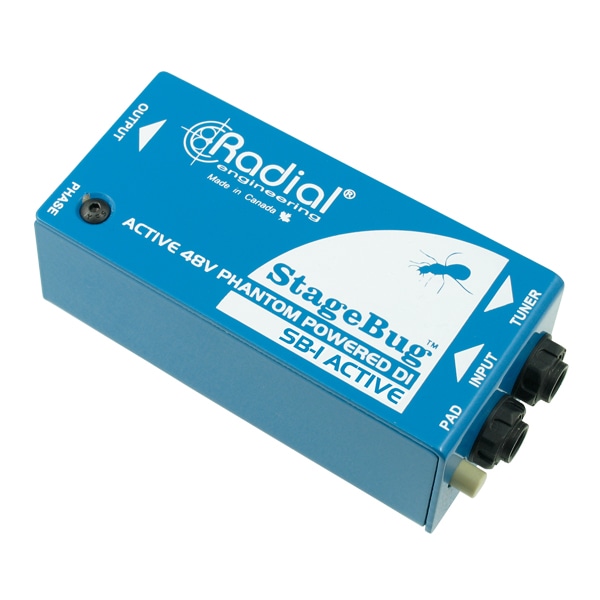 The StageBug SB-1 is a compact active direct box designed to fit inside a guitar case for artists who prefer to travel light. 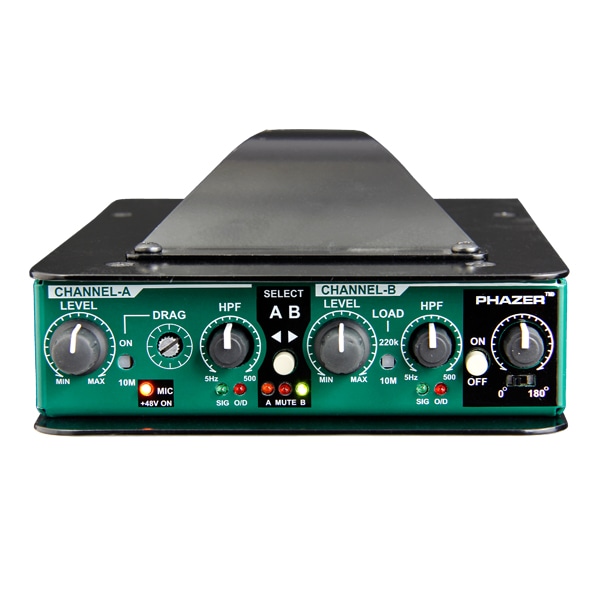 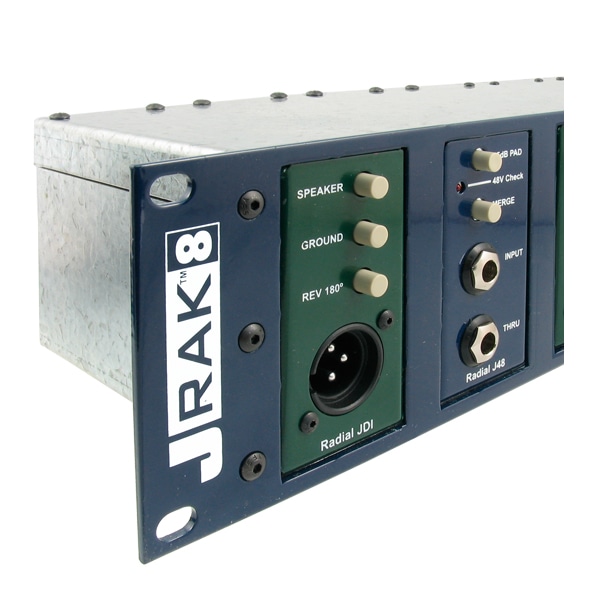 The J-Rak 8 allows you to mount up to eight Radial DIs in standard 19" equipment racks for touring or permanent installation. 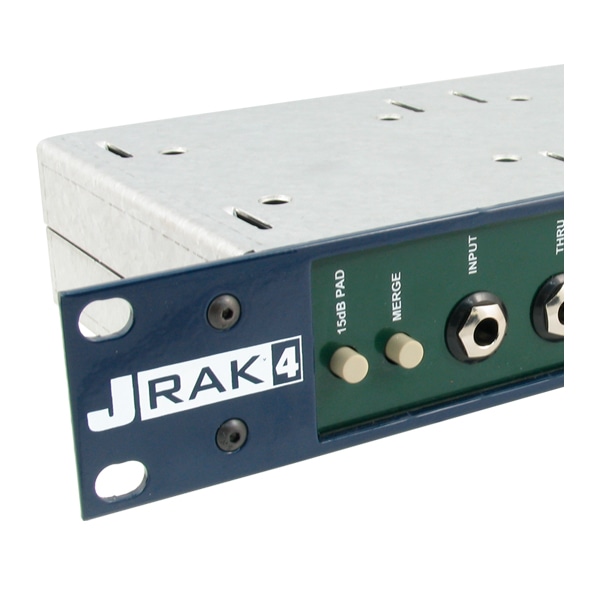 The J-Rak 4 allows you to mount four Radial DIs in standard 19" equipment racks for touring or permanent installation. 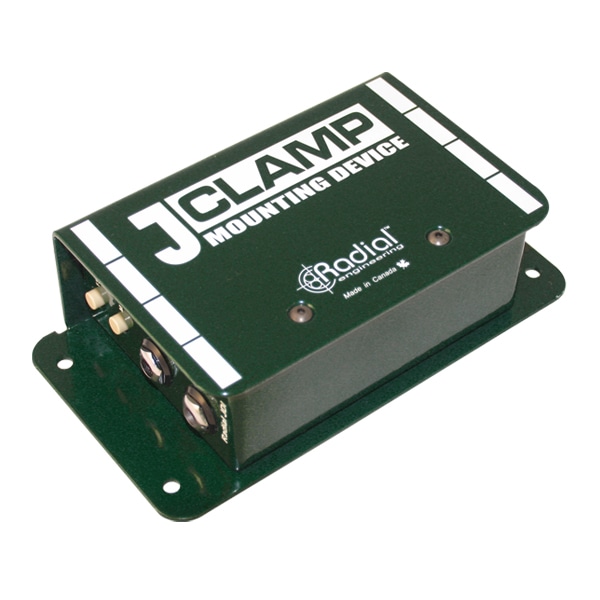 The J-Clamp replaces the outer shell of full-sized Radial DI boxes such as the JDI and J48, allowing you to permanently affix them to a desktop or inside a rack. 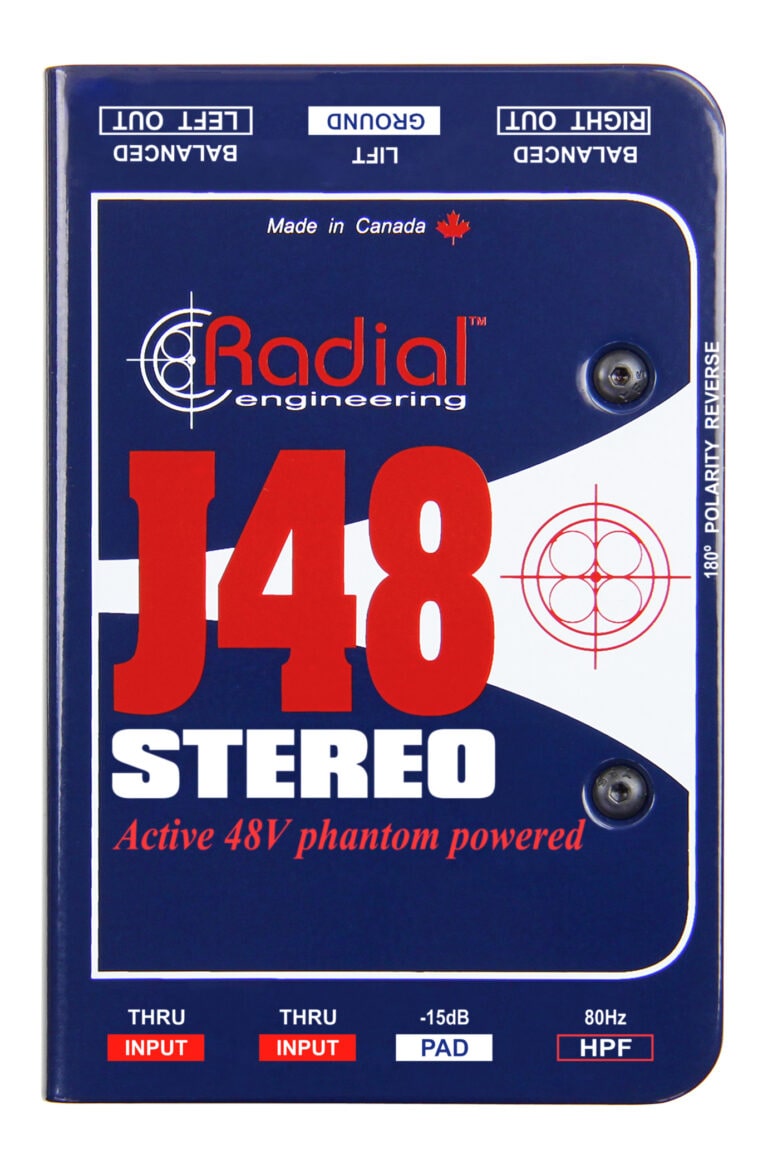 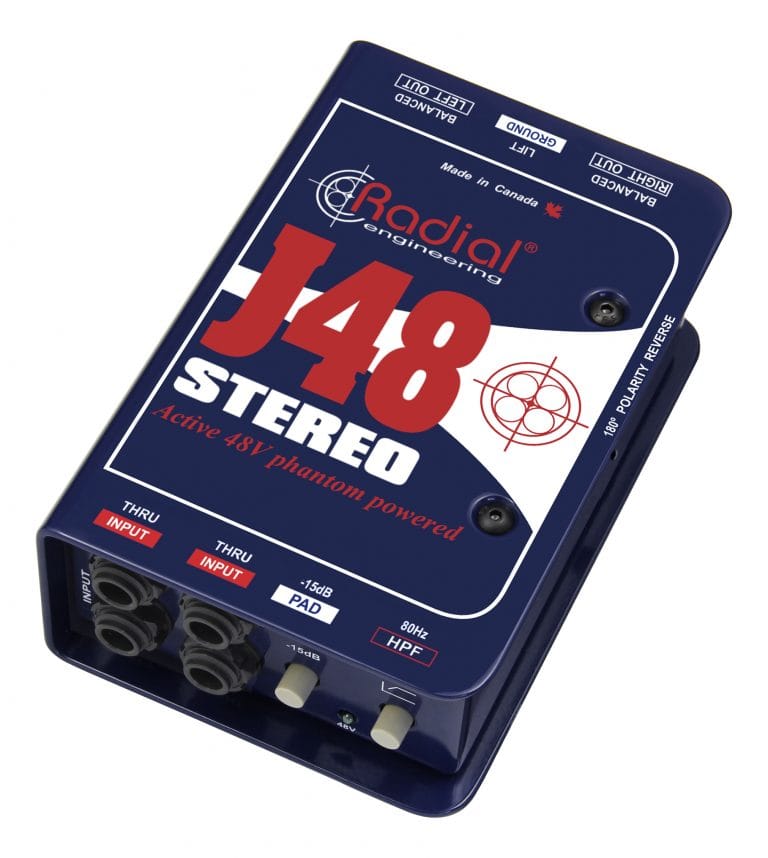 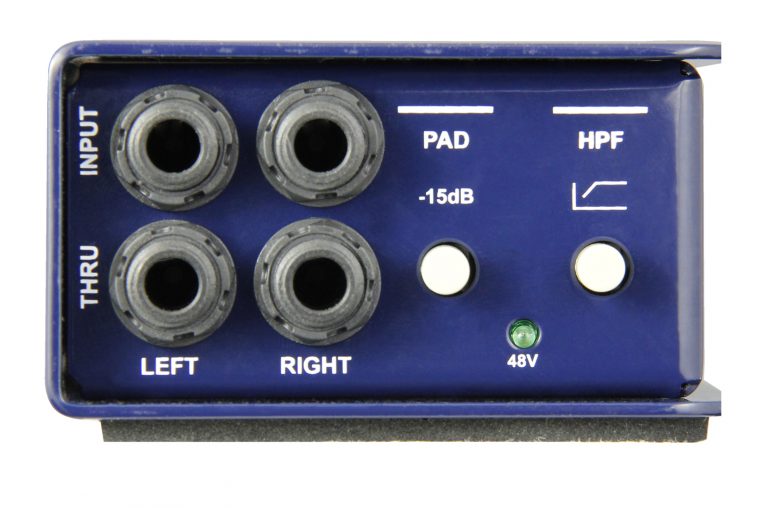 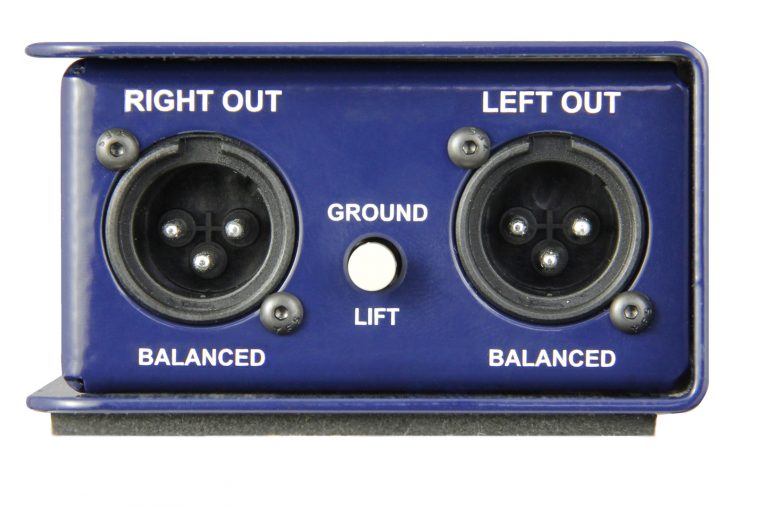 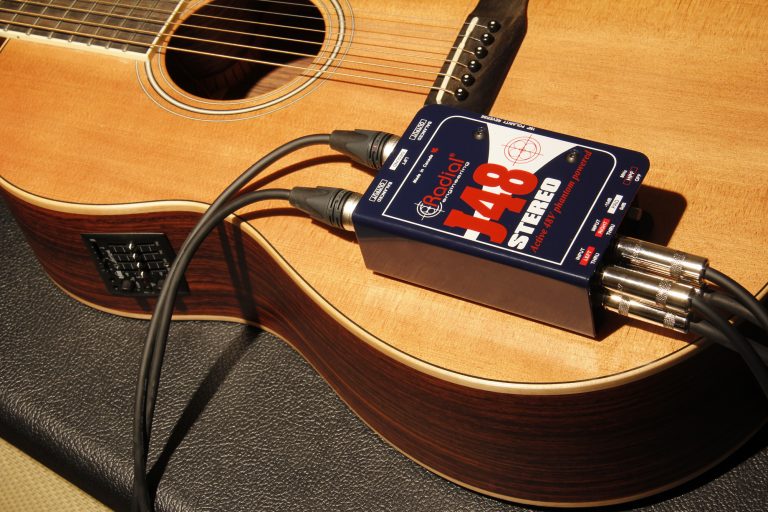 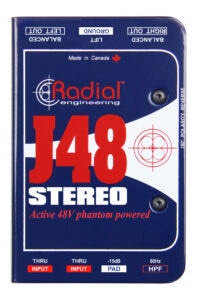 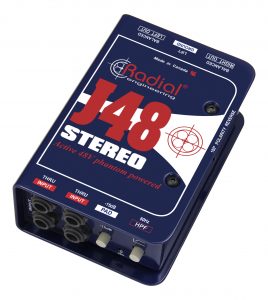 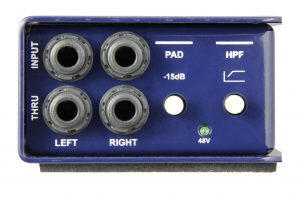 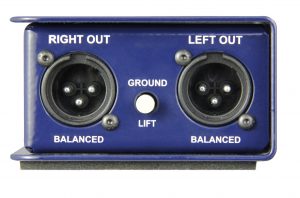 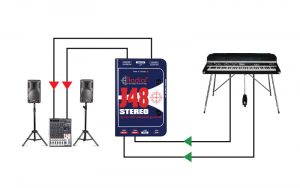 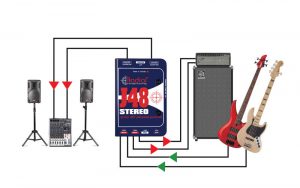 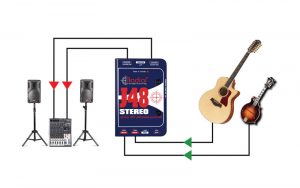 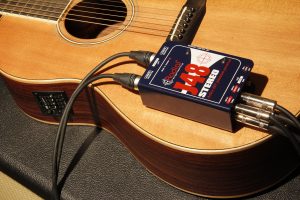