Does the new JDV produce the same sound as the original?

Yes. The new JDV employs the same award winning circuit that has made the JDV one of the most recorded direct boxes of all time.

Why is there no pad switch on the new JDV?

There are two reasons for this. The first is that the headroom inside the JDV is so huge that it is almost impossible to overload. Further, the fully variable level controls actually act as pads when used to attenuate the input.

Why did Radial change the power supply?

Because the old power supply was limited to only one voltage at a time while the new power supply can be used in countries around the world.

Why does the Radial JDV use an external power supply?

Can the new JDV be phantom powered?

No. Phantom power produces about 5 milliamps of current while the JDV power supply produces 1000 milliamps. The extra current is needed to provide the headroom.

Will inserting the transformer into the signal path affect the tone?

Yes, although only marginally as the signal is already buffered.

Can I mute the JDV without the optional JR-2 footswitch?

No. Due to lack of space, we could not fit a dedicated mute switch on the JDV front panel.

Can I use a non-Radial footswitch or MIDI controller to mute or change channels?

Yes. The switching is done using simple contact closures. Simply make sure you are following the proper wiring diagrams as shows in the manual.

Why is there not an XLR input for the microphone?

Due to lack of space. You will need to get an XLR-F to ¼” TRS cable from your local music store to connect your balanced mic to the JDV’s TRS mic input.

Can I use either a dynamic or condenser microphone?

Yes. Simply leave the 48V phantom power off when not needed.

Can I leave the phantom power on all the time?

Yes. There is an internal jumper that can be changed to disconnect the safety feature.

Can you explain what a class-A circuit is?

There are two fundamental types of circuits used in audio: class-A and class-AB. A class-A circuit employs a single amplifier to drive the full wave while a class-AB circuit uses one amplifier to drive the positive half of the wave and a second to drive the negative wave. Class AB circuits are much more efficient, but suffer from zero-cross distortion. This is a distortion that is introduced when trying to bring the two waves back together. Class-A circuits do not have this problem as the wave is never divided in the first place.

Can you explain the problem with negative feedback?

In circuit design, electronic engineers will use negative feedback to stabilize the circuit from runaway gain and noise. Simply Google ‘basic amplifier circuit’ and you will see images of an amplifier with positive signal going in and negative feedback being controlled via a resistor. If you combine a positive with a negative, you get cancellation. The JDV employs a proprietary circuit that has no negative feedback at the input stage, resulting in a very natural tone.

Can you explain what is meant by 100% discrete electronics?

The world of electronics is fascinating. Today, chip makers jam hundreds, thousands and even millions of transistors into integrated chips that are used inside out computers and cell phones. The technology is amazing. Chips used in audio will often amplify the signal thousands of times and they employ huge amounts of negative feedback to bring the gain down to a usable level. The JDV employs discrete or individual transistors for each gain stage and apply none or very little negative feedback only when needed. This results in less phase cancellation and a more natural sound.

Can you explain Drag control?

When Leo Fender made his first amplifiers, he chose a 1 meg-ohm load for the pickups as he found this to sound best with his tube amps. This became the standard that others have blindly followed ever since. Back in 2001, while developing the Radial JD7 Injector, we noticed that although 1 meg-ohm sounds great with tubes, it tends to sound glassy and edgy with solid-state circuits. After much investigation and testing, we discovered that a 220k-ohm load sounds much warmer when using a magnetic pickup with a solid-state circuit. Drag™ control is basically a control that lets you set the load to suit your ears.

Can I use the tuner out to feed another amp or pedals?

Yes, however this output is not transformer isolated. So you will likely need to lift the ground on the XLR and / or isolate the outputs that are in use.

Will phantom power damage the JDV?

No. The JDV is equipped with blocking capacitors that will protect it from damage.

Can I Reamp using the JDV?

Reamping is a two stage process. The first involved recording a clean instrument and the JDV is absolutely perfect for this. You would connect your guitar to the input, the aux out to the stage amp and the XLR out to the recording system. Once the dry track is recorded, you could then send the dry track from the recorder to the JDV and the output to an amp for Reamping. Just be careful to lower the input sensitivity on the JDV to ensure the output is low enough to simulate a guitar level.

Can I bypass the high-pass filter?

No. When you dial it out, it rolls off frequencies that are below the threshold of hearing.

I want to rackmount the JDV MK5, how can I activate the +48V phantom power without having to engage the button every time I power up?

There is an internal jumper in the JDV to bypass the +48V phantom power switch making phantom power always active. Please contact info@radialeng.com for instructions and precautions. 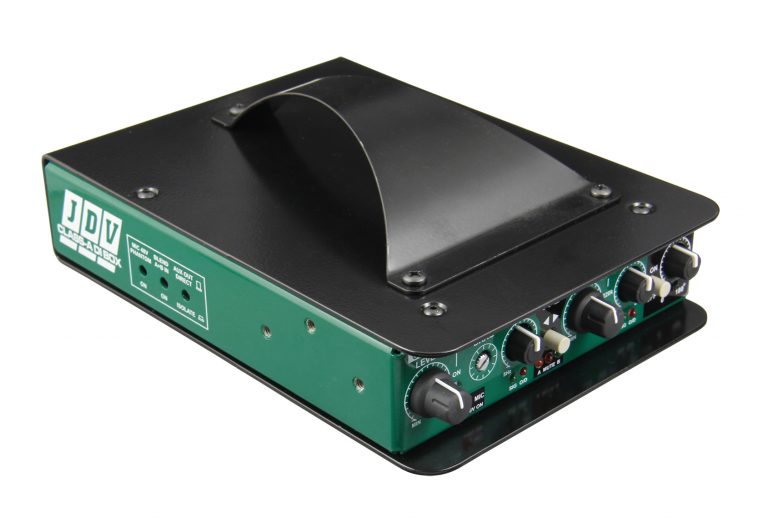 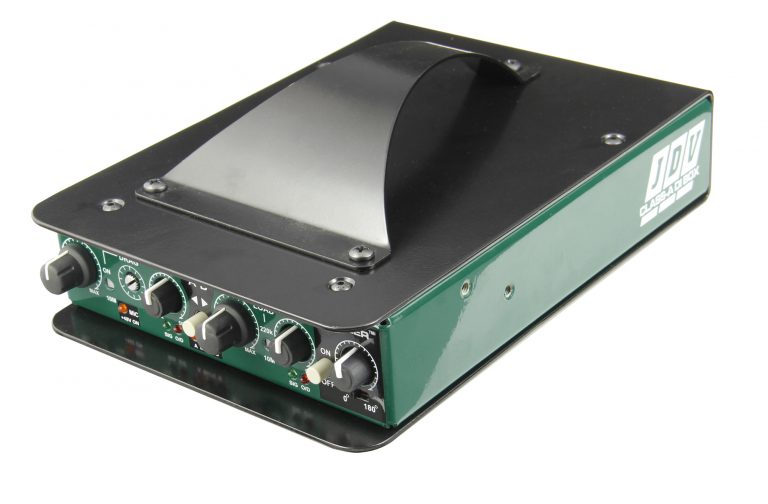 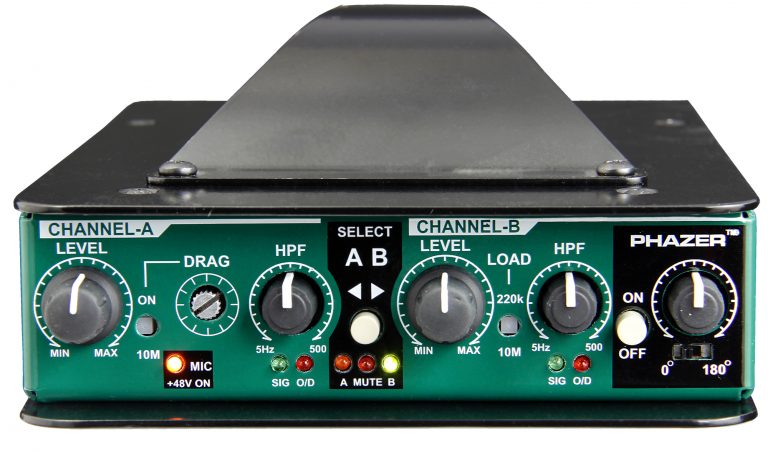 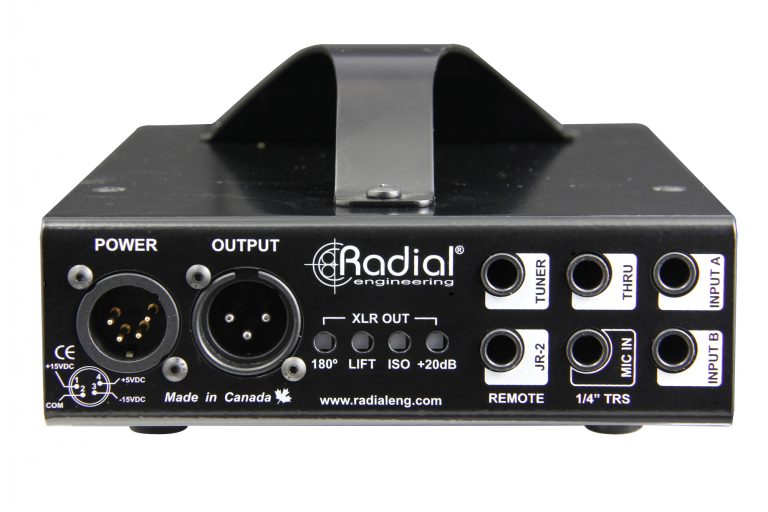 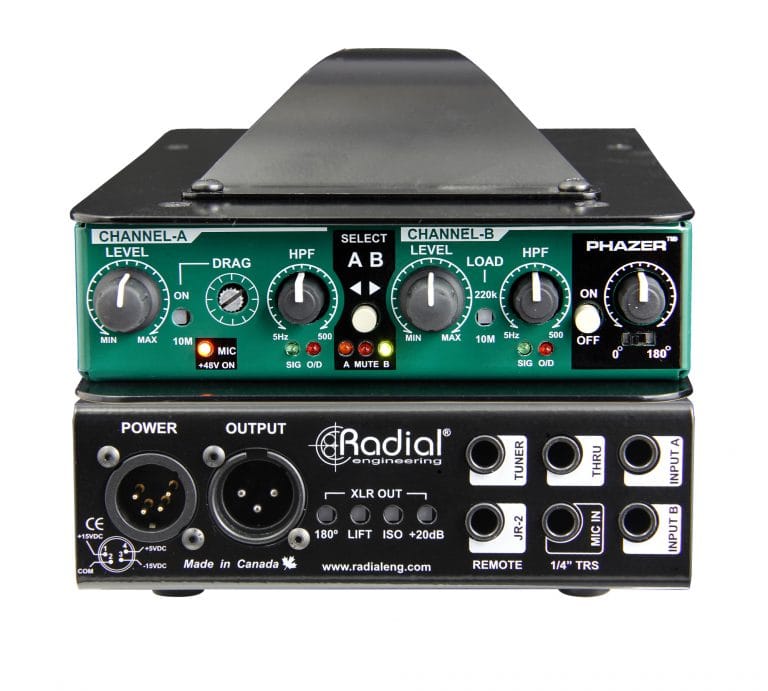 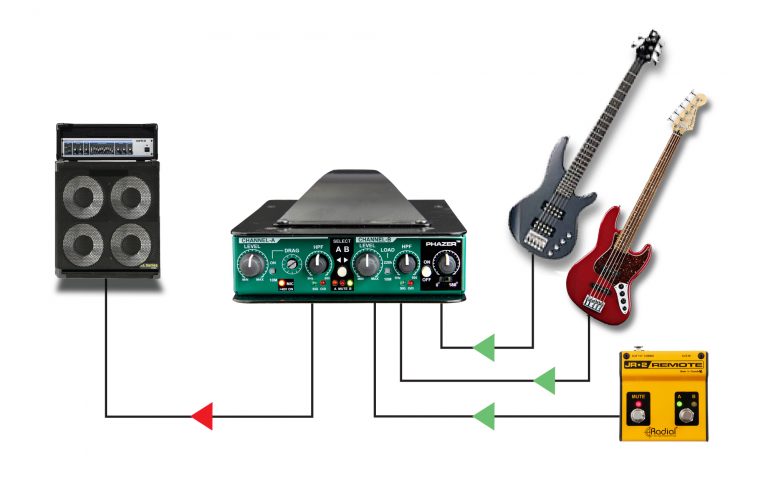 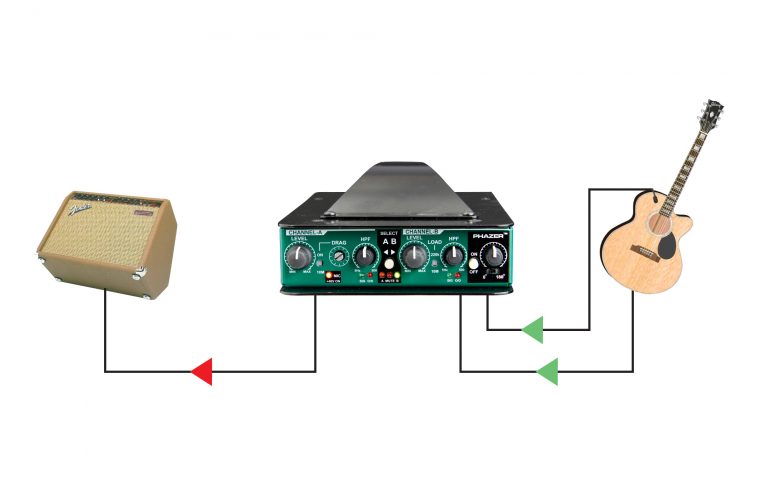 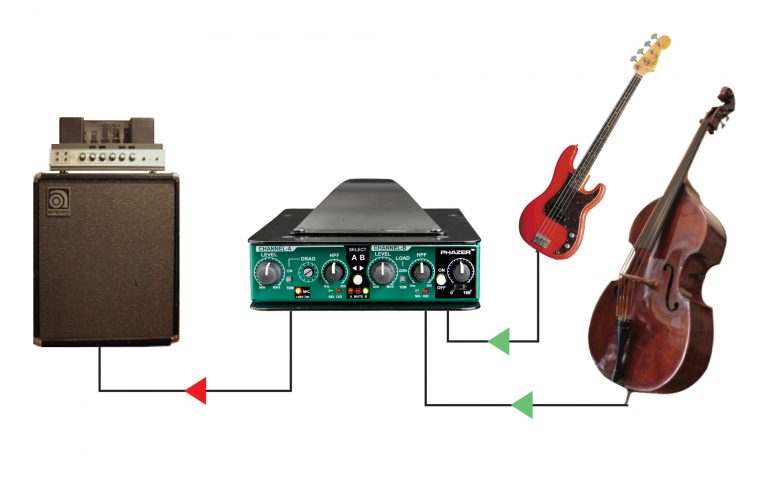 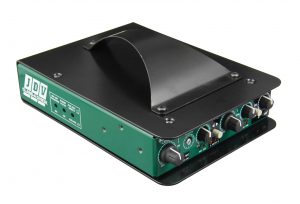 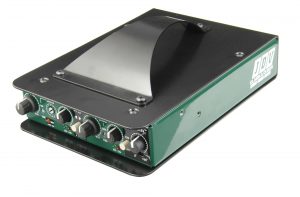 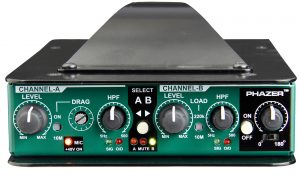 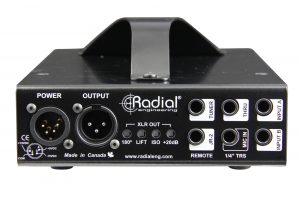 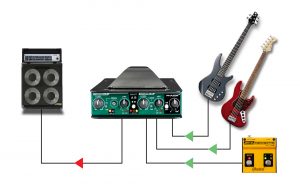 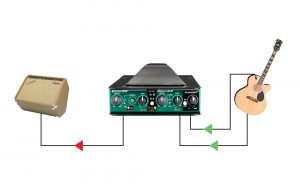 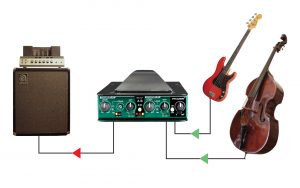