Yes. The Komit employs the same connectivity as all previous 500 series racks while also allowing it to be used with the more advanced Radial Workhorse.

Can you explain the 3 speed switch?

VCA stands for voltage controlled amplifier. These devices do exactly that, they control the voltage by allowing it to ramp up and release in a controlled fashion. The innovative 3 position switch is designed so that the attack and decay times are preset to address voice (slow), instruments (medium) and percussion (fast). The THAT VCA chip is also able to sense the program material so that it follows.

Can I use the Komit on all instruments?

Yes. As a compressor, it is both very responsive and easy to control. This makes it suitable for all instruments.

Can I make the Komit work like a guitar compressor?

Yes. Although you will find it to be a lot cleaner sounding than say an old MXR Dynacomp.

Why are there no attack or release controls?

These have been replaced by the 3 speed setting and auto tracking. A similar approach was used in earlier designs called hard knee or soft knee compression. This basically takes it to another step.

Why is there no threshold control?

Once a signal has been either amplified or recorded, the signal will generally be in the -10dB to +4dB range. The Komit employs a simple two position switch to select between these two settings. Then, once compression has been applied, one increases the output to compensate.

How does a VCA compressor compare to an optical compressor?

Back in the early days, DBX pioneered the VCA compressor while Universal Audio pioneered optical compression. VCAs tend to impart greater control while optical compressors tend to be smoother. Most engineers employ both depending on the instrument and type of sound they are looking for.

Can you explain the BDCL bride diode clipping limiter?

A typical limiter works whereby no matter how many volts you put in, it limits the output to a preset value. This is usually done using a VCA or optical photocell. Back in the early days of transistor radios, diodes were used as a crude compressor. Today, similar circuits using diodes are used in fuzz guitar pedals. The BDCL is a rendition of this old school clipping limiter. It is different and can be used to create various effects.

How does the Radial Komit compare to the early version?

The basic design is unchanged. We employ the same VCA, same Grayhill switch, 100% discrete electronics, Hammond audio transformer, and diode clipping circuit. We have smoothed out the clipping circuit operation to make it more musical, added a brick wall limiter setting to open the door to a wider range of applications and change the VU meter to a dual ballistic 10 bar LED. 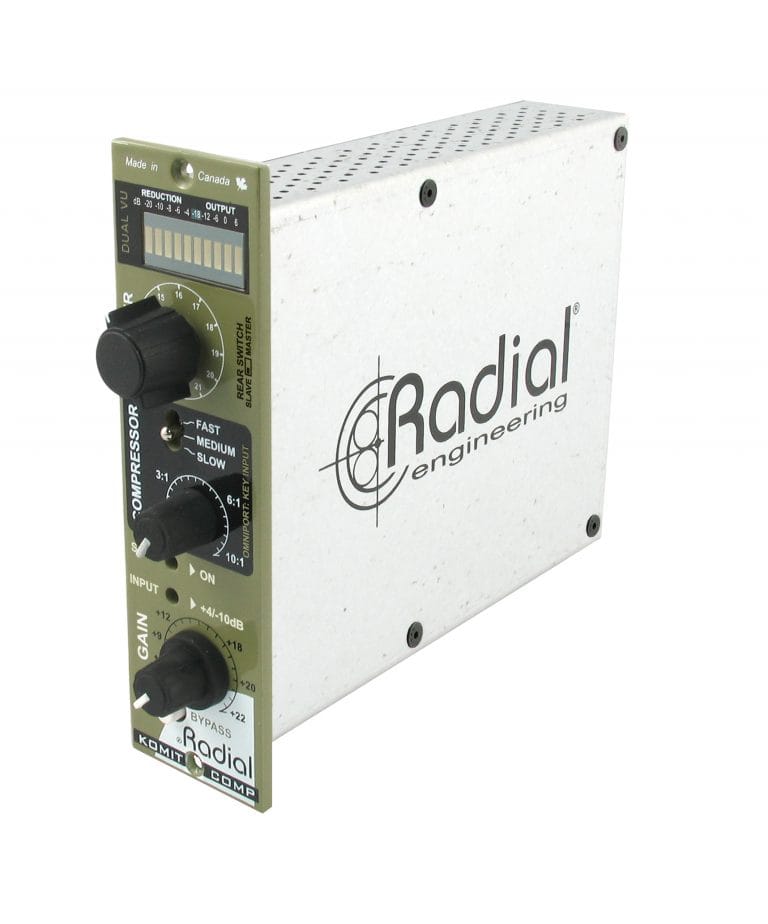 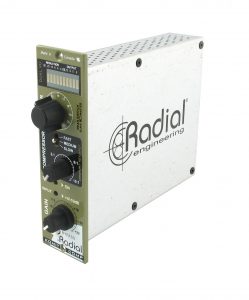 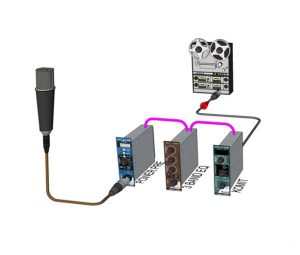 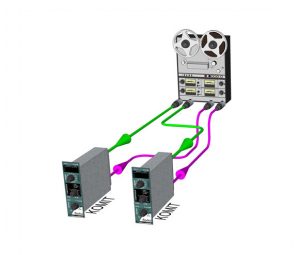 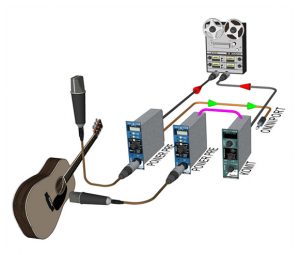