What is the difference between an AB and an ABY amp switcher?

An AB box is a switcher that allows the musician to select one amp (A) or the other (B). These are usually passive devices that simply wire a switch to two outputs. An ABY incorporates the same AB functionality with the added features of being able to turn both amps on (Y) at the same time.

Can I use any two amplifiers with the Switchbone V2?

Absolutely! The Switchbone V2 is exceptionally well outfitted to manage the variable of connecting two different amps together. Simply take the time to read the manual for hints on how to best proceed.

Can you explain the effect benefit of switching the polarity?

The 180° polarity reverse function allows you to correctly line up the polarity or absolute phase of the amplifiers that you are using. If the amps are out of phase, this means that the cones on one amp’s speakers will be pushing air outward (towards you) while the other will be pulling air in the opposite direction. This will cancel out sound from both amps, greatly reducing low and mid frequencies, making the amps sound distant.

What is the difference between phase and polarity?

In guitar lingo these terms are interchanged, however in true electrical terms they are different. Reversing the polarity is switching the positive and the negative wires around. Phase is actually in the time domain. A signal can be 30° out of phase with another causing the sound to be muddy. 180⁰ absolute phase shift sounds identical to reversing the polarity.

How does the Switchbone V2 eliminate switching noise?

Most ABY boxes cause a click or thump when switching. The Switchbone uses a series of expensive devices called opto-couplers (two per switch) that ramp the signal up and down to quietly perform this task. We go to this extreme because when a guitar amp is set to distortion, the input sensitivity is increased dramatically and clicks and pops caused by switching are amplified.

Why is there a mid boost in the power boost circuit?

Guitars live in the ‘mid-range’. This means that if you want your guitar to cut through the mix during a solo or if you intend to increase sustain, adding mid frequencies is essential.

Will Drag™ control still work if pedals are in front of the Switchbone V2?

Can I use the Switchbone V2 to record in the studio?

Yes of course! The Switchbone is extremely clean and will work fine in the studio. It is particularly useful when testing different amps and effect combinations as it allows you to instantly compare setups.

Can I use the Switchbone V2 with an acoustic guitar?

Yes. The most common application is connecting the two outputs from the Switchbone to two or three channels on the PA system. This lets you set one channel up for finger-picking, the other for strumming and maybe a third for soloing.

Can I use the Switchbone V2 on electric bass?

Yes. Although using two bass amps on stage is not often done, it can be great fun. You can also use the Switchbone to select between the bass amp and maybe a direct box connected to the PA system.

Can I place effects pedals after the Switchbone V2, before the signal arrives at the amps?

You can. However, this could compromise the noise eliminating advantages of the transformers and ground lifts. If you intend to do this, try to have all of your amps and pedals connected to a single power bar. This will often help reduce noise.

How does the Switchbone V2 react to fuzz and wah pedals when connected?

Fuzz and wah pedals react with the pickups and is part of their tone makeup. If you place the Switchbone in between the guitar and a fuzz, you will negate this effect and it will not sound the same.

Can the Switchbone V2 be used ‘backwards’ to switch between two guitars instead of two amplifiers?

No. Because it employs a buffer or pre-amp to drive the signal, the amplifier stops the signal from returning back into the signal path. There are several Tonebone devices that can be used for this purpose including the BigShot i/o and the Mix-Blender.

Can I use the Switchbone V2 to switch between two channels on my amplifier?

Yes, the Switchbone V2 will allow you to connect to both channels on your amplifier and switch between them when needed. This is often done when using vintage amps that are not equipped with channel switching capabilities, using one channel for rhythm and the other for lead.

Can I use the Y function on the Switchbone V2 so that both channels are on at the same time?

Yes. Make sure you use the polarity reverse switch to align both channels so that they play in phase. This way, you will not cancel out the sound.

Are there any manufacturers that make multi-power supply bricks for Tonebones?

Yes. The Cioks DC10 and AC10 both have 15V outlets for Tonebone pedals. Always ensure that you are feeding your Tonebone power from a center-pin positive supply.

I have an ABY connected to a Fender® and a Vox® and am getting huge hum. What do I do?

This is a common problem with most ABY boxes. First, try connecting both amps and your pedals using a single power bar as this can sometimes help. Make sure you do not exceed the current rating of the circuit! To fully eliminate the hum, you need to get an ABY box that has transformer isolation on the outputs like the Tonebone BigShot ABY, the Twin-City or the Switchbone V2. 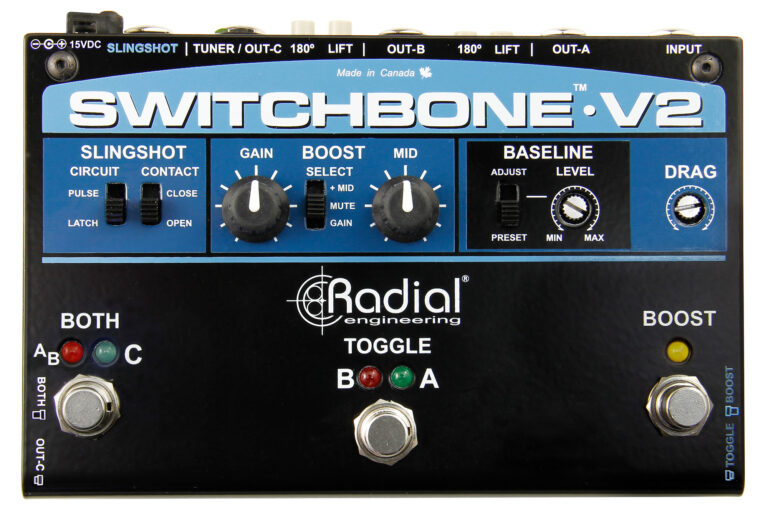 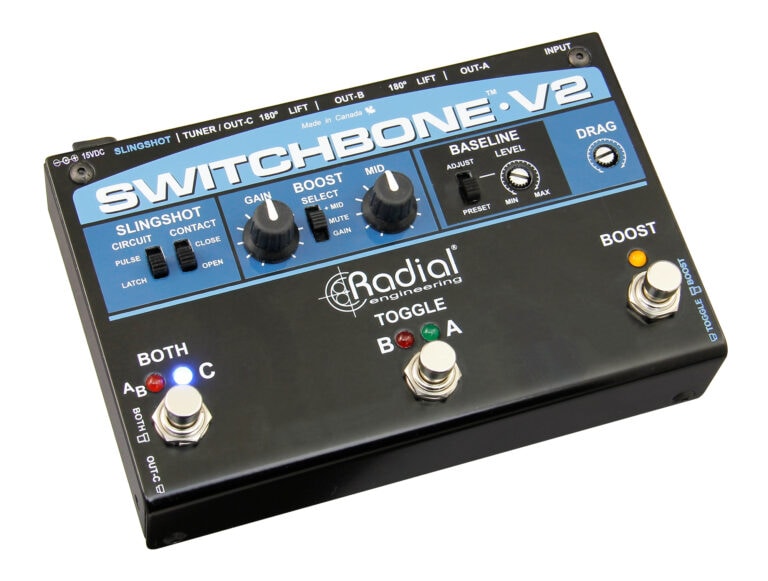 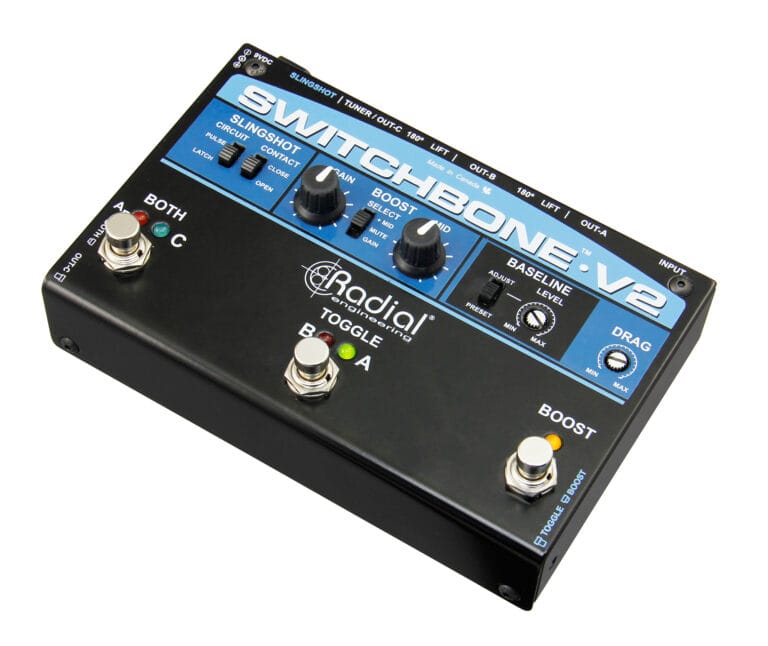 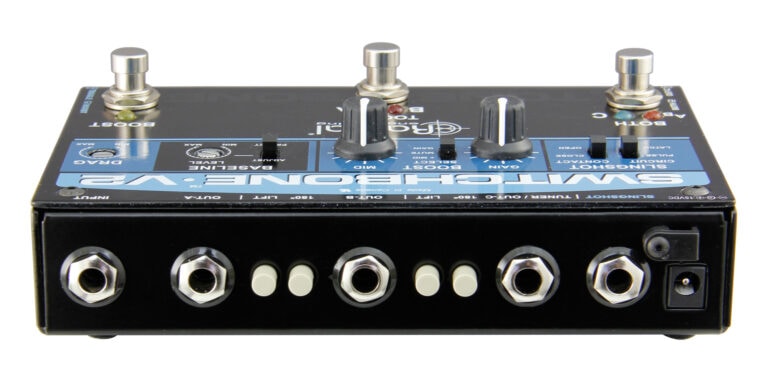 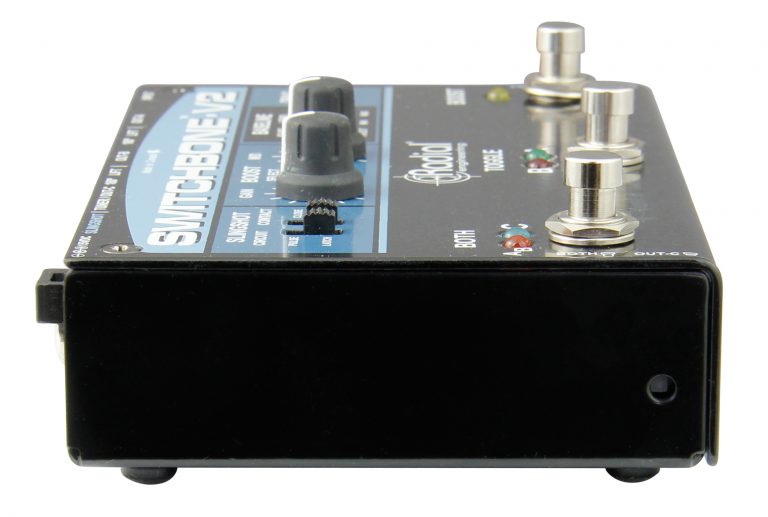 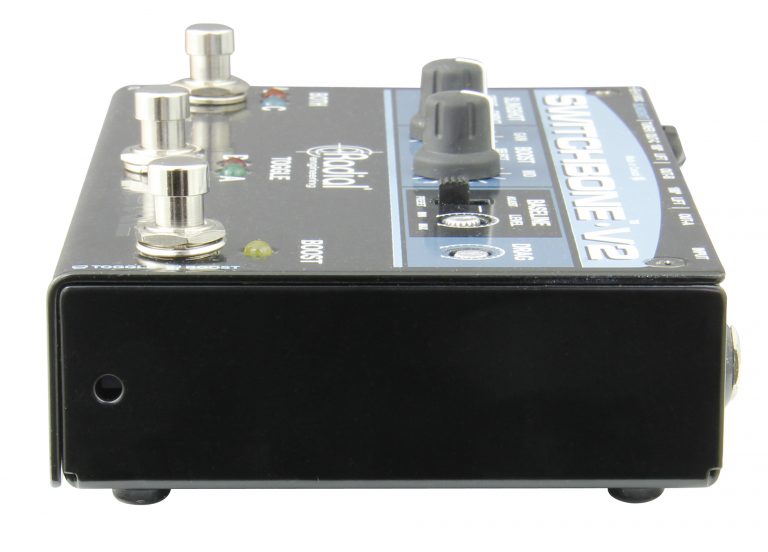 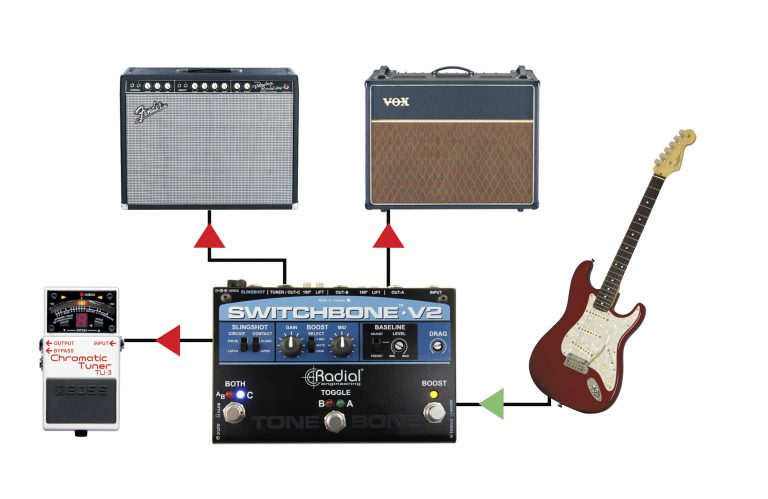 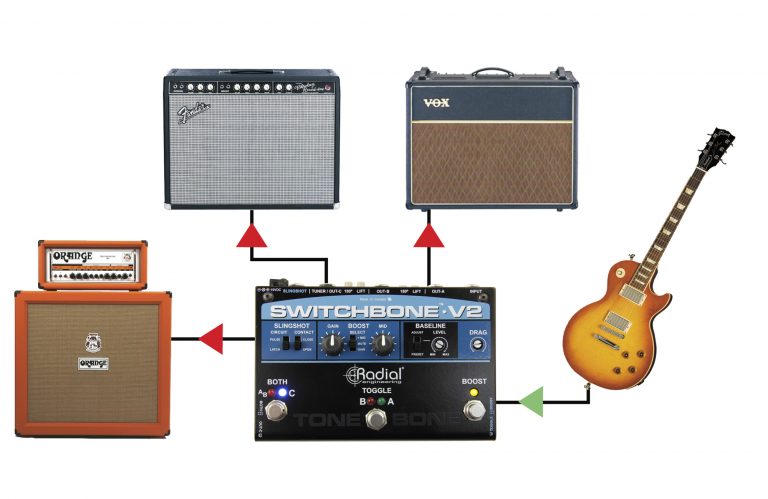 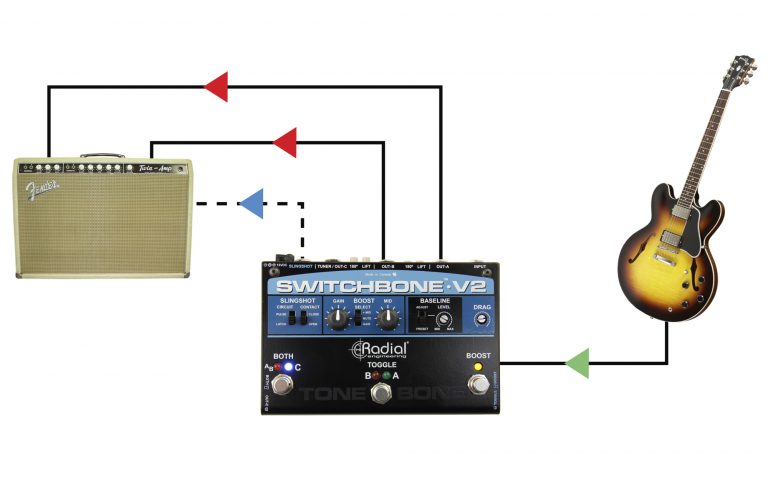 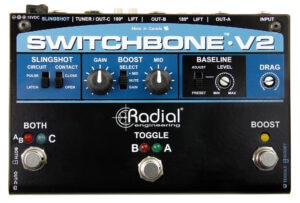 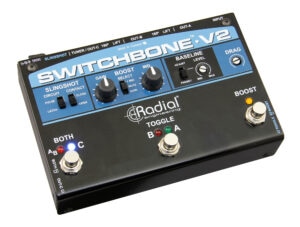 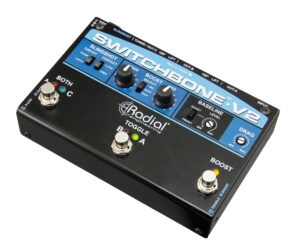 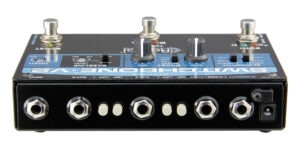 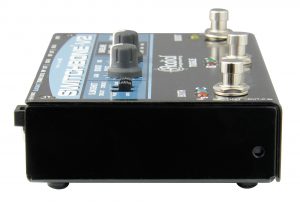 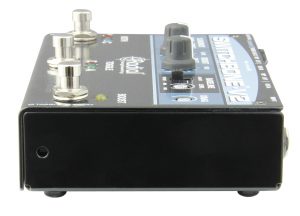 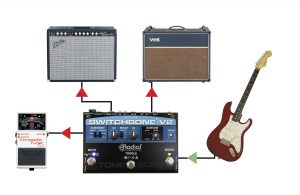 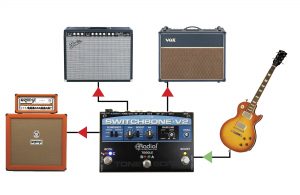 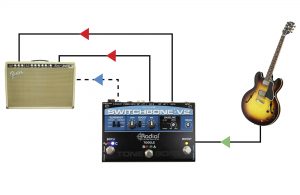