What is the difference between the X-Amp and the JCR?

The X-Amp is active while the JCR is passive. This is like comparing a condenser mic to a dynamic. Both are good. Each sounds different. The advantage to the X-Amp is the ability to drive more than one amp at the same time without having to adjust the output to compensate.

How long of a guitar cable can I attach to the X-Amp to drive my amps?

The X-Amp’s buffered output will easily drive unbalanced cables upwards to 50 feet. Beyond that, we would recommend using the Radial SGI.

Is there a recommended setting for the volume controls?

Because the recorded track can be of any level, you have to use your ears to determine where to set the level. We recommend they be set at 12 o’clock and adjusted up or down as needed. A good way to test is to connect your guitar to your amp and listen, then adjust the X-Amp output so that the relative loudness is the same.

Can I Reamp my Hammond organ?

You can Reamp any instrument. Just test and have fun.

How do you Reamp a snare or kick drum?

There are a couple of ways to do this. You could do a simple Reamp process where you take the prerecorded kick drum and send it through the X-Amp to feed an amp or a series of effects. This is commonly done to fatten up the sound of a drum. If you want to replace the sound of a drum, you would take the drum track output, send it through a gate to clean up and sharpen the transient. This would then be sent to a trigger that would fire a digital sample. The digital sample would then be sent through the X-Amp.

What do I do if I get buzz or hum in my system?

Try depressing the ground lift switch. This will eliminate the audio ground connection between the X-Amp and the guitar amplifier which will usually solve the problem by eliminating the ground loop.

I have connected two amps together, but the sound is distant and thin?

Your amps may be out of phase. Simply depress the 180º reverse to check.

Can I connect a guitar to the XLR input to use the X-Amp as an ABY distro box?

No. The XLR input on the X-Amp is line level, designed for prerecorded studio tracks. You would have to first connect your guitar to a preamp to boost the signal. The Radial JD7 is equipped with inputs to allow you to do this.

Can I use the ¼” output jacks to feed studio effects instead of guitar amps?

Sure. So long as they have instrument level inputs.

Can I Reamp bass and other instruments?

Yes. Although Reamping has traditionally been the domain of the electric guitar, with today’s greater track availability engineers are beginning to apply the same advantages to bass and other instruments.

What is the difference between active Reamping and using a passive approach?

This is like comparing a dynamic mic to a condenser or comparing an active direct box to a passive one. They sound different. A passive Reamper like the JCR or ProRMP employ transformers to do the work and these tend to smooth out the transients from digital recordings. Active Reampers like the X-Amp employ buffers that enable you control the levels with greater freedom.

Why are some amps out of phase with others?

Who knows. We have found some two channel amps with one being out of phase with the other! This probably has to do with the fact that guitars are a mono instrument and that for years, only one amp would ever be played at one time. The 180º polarity reverse switch is used to correct the phase on the second amp should there be a problem.

What is the difference between phase and polarity?

Phase is in the time domain while polarity is in the electrical domain. In other words, a signal can be 45º out of phase meaning that it is slightly delayed like an echo. When at 180º out of absolute phase (at all frequencies) then it is equivalent to having the polarity reversed. When you switch the ‘phase’ you are actually reversing the polarity. Devices like the Radial Phazer are true analogue phase controllers.

Can I use a passive direct box like the JDI or ProDI to record a track for Reamping?

Yes. Either passive or active DIs can be used. The active DI will tend to be brighter while the passive DI may sound a bit smoother. It is like comparing a condenser mic to a dynamic.

Is there a difference between the original blue and new yellow X-Amp versions?

No. We simply changed the outside color to differentiate it from the J48 direct box. 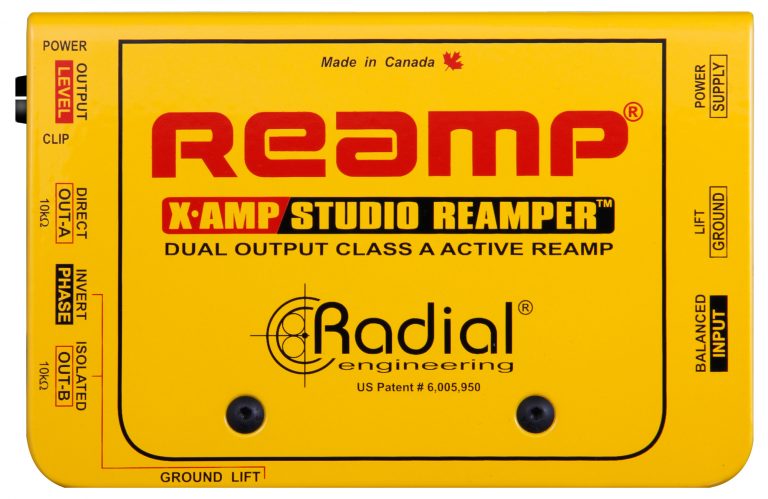 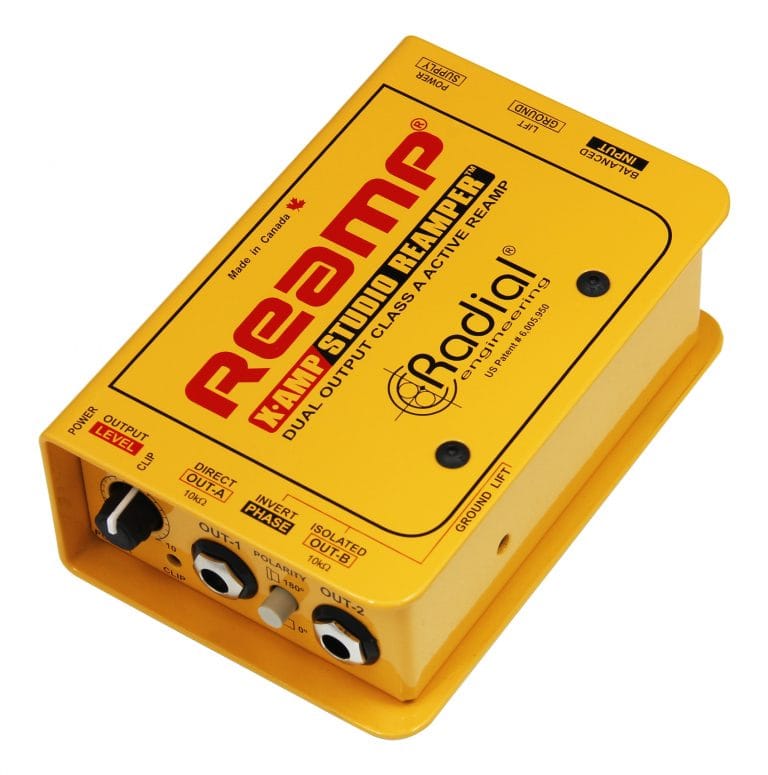 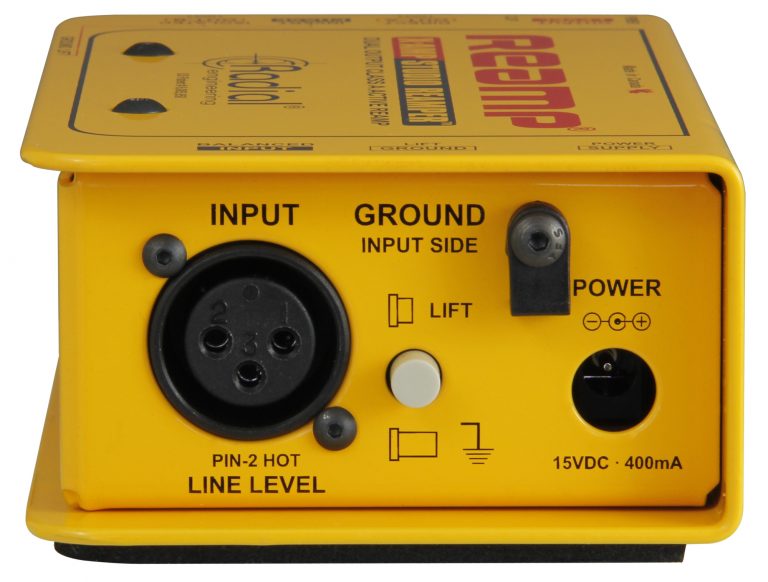 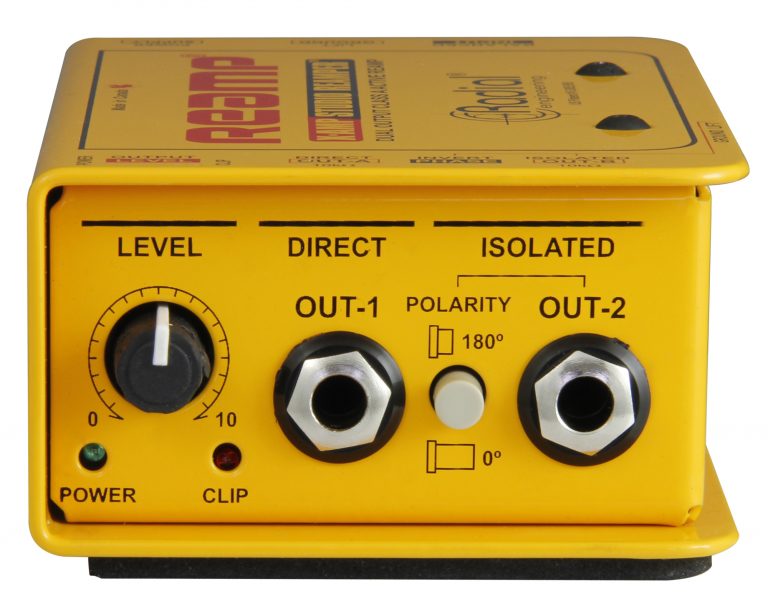 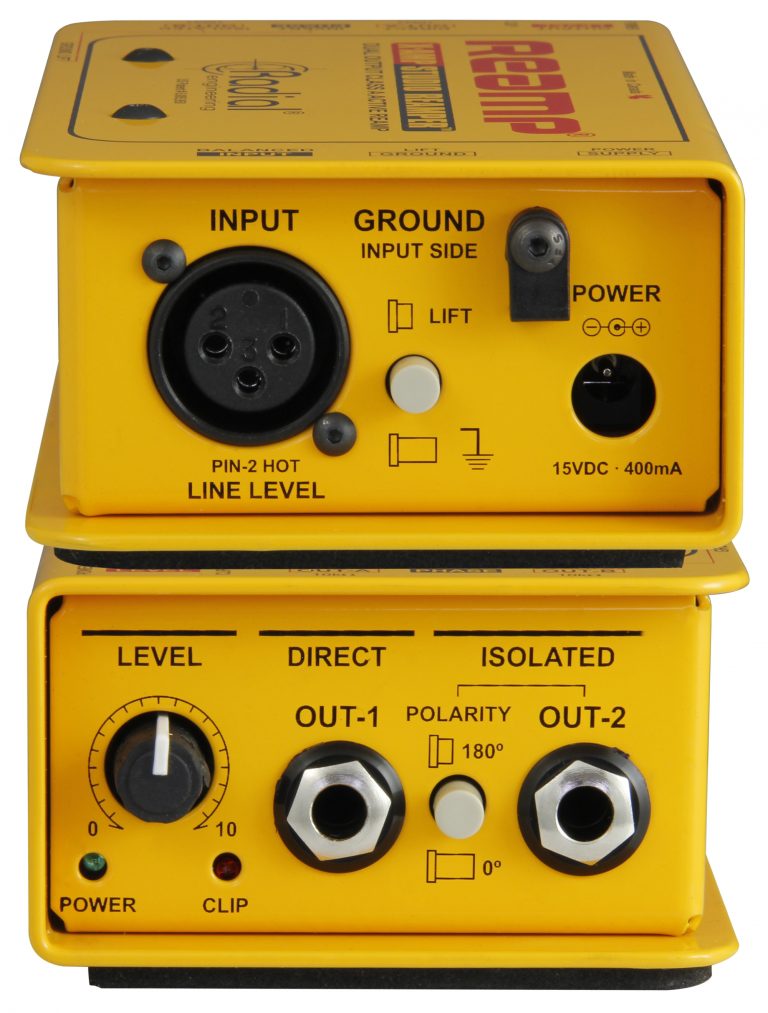 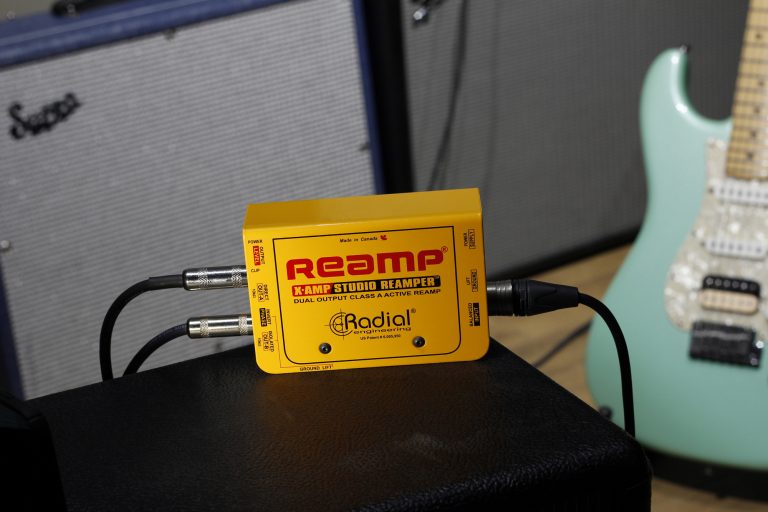 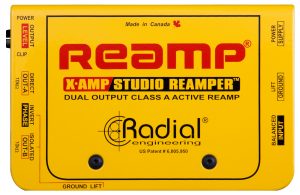 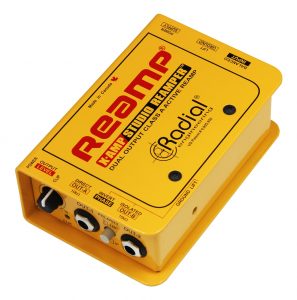 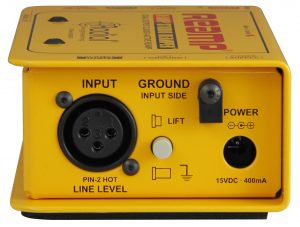 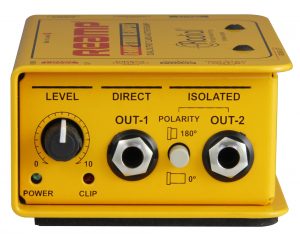 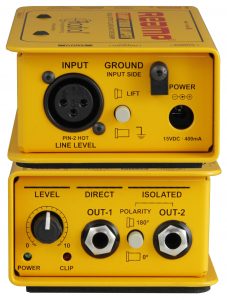 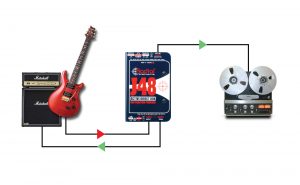 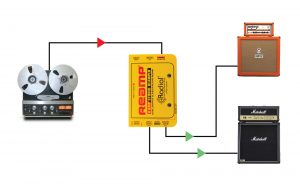 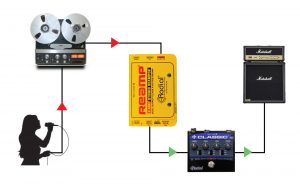 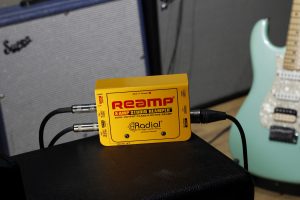