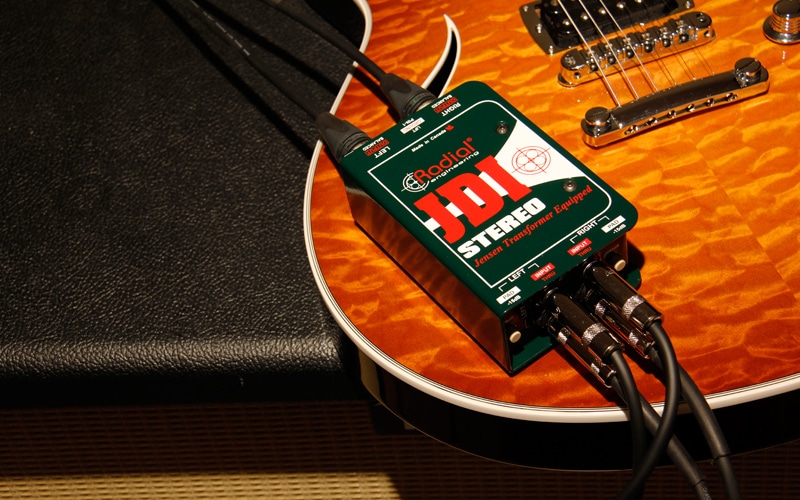 According to company President Peter Janis: “Stemming back nearly 20 years, the Radial JDI has become the undisputed leader in high-end passive direct box technology and there is no question that the JDI Stereo is sure to follow suit.”

“We have spent countless hours on top, behind and below concert stages, discussing the needs of today’s most demanding technicians. One of the reoccurring themes is the use of two direct boxes to handle a stereo source. And although Radial has been producing stereo direct boxes such as the Duplex for years, the move towards compact setups to lower the cost of air travel has become an important attribute whose time has come. The JDI Stereo is simply the solution to a new problem that is based on economics.”

The first off-the-line JDI Stereo was delivered to the Commodore Ballroom, a renowned music venue in Vancouver. The Commodore’s FOH Paul Way likes the efficiency of the new DI: “The new Stereo JDI allows the Commodore to offer yet another high quality Radial DI option to our visiting engineers and artists. A stereo solution in a single classic package, very useful on a crowded stage or pedal board.” Byron Lonneberg, The Commodore’s Technical Director was quick to add: “Radial strikes again! The only thing better than a JDI is a Stereo JDI. Legendary quality and twice the capability in the same small package.”

Features include input and thru-put ¼” connectors plus a -15dB input pad on each channel. This is supplemented with a ground lift switch that lifts pin-1 on the two XLR outputs to further reduce hum and buzz caused by ground loops. Built tough to handle the abuse of live touring, the JDI Stereo employs a 14-gauge steel I-beam inner frame and a unique book-end outer shell. The innovative design eliminates stress on the PCB, reducing opportunity for solder joints to go ‘cold’ while the outer shell creates a protective zone around the switches and connectors. The steel enclosure works with the transformer’s mu-metal cans and internal Faraday shield to protect the sensitive inner workings from powerful magnetic fields such as those generated by stage amplifiers. This ensures the signal transfer is quiet and free from hum.