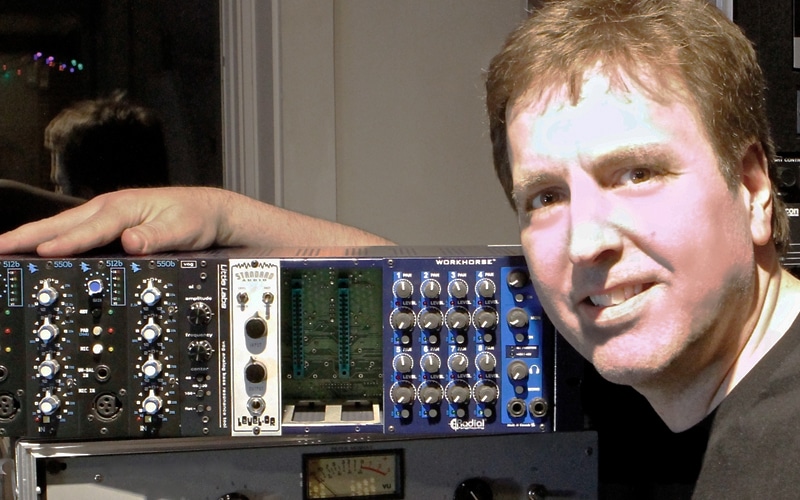 Since 2007 Daryl Hall has opened up his home to host a diverse selection of contemporary artists who walk in the front door bringing their instruments and their musicianship ‘A’ game. A sample of artists who have come to jam and dine with Hall include Jason Mraz, Cee-Lo Green, Shelby Lynne, Joe Walsh, Booker T, Blind Boys of Alabama, Rob Thomas, Train and Smokey Robinson. They arrive to commune with Hall who had the foresight to turn the golden moments of these visits into a monthly webcast. The project’s birth in 2007 was at a time when the technology for producing audio and video for a webcast was in its ever evolving stages of development. The show became, and still is, wildly successful. This is likely not only because it’s easy to listen to Hall croon any song by any artist, but also because his production team, led by his long-time engineer/producer Peter Moshay, have had the sound dialed in since episode one.

According to Moshay: “The sound of the show was always in my head as soon as we had the idea to do it. I just had to figure out a way to make it happen on the recording and mix. It took a few shows to nail it down for me, but it was not far off from the start since we were all working together for the same goal/sound.”

Moshay had already been working with Hall (and John Oates) for twenty years as FOH and Production Manager before the first show of LFDH was ever recorded. As a musician himself he says it’s always been easy for him to understand what the duo wanted as musicians. With almost 70 LFDH shows in the can, Moshay uses this understanding from the set up through production of each show. When asked if any shows stand out from others, Moshay offers: “From an audio standpoint I took a lot of liberty on the ‘Nick Waterhouse’ episode. On that episode we wanted to capture a ‘dirty’ sound and I wanted to saturate everything on the way to the recorder so we heard back the sound how it was going to be. That show rocked but actually, so do all the shows really.”

Most of the episodes to date were recorded at Hall’s home in Millerton, New York. Hall has recently relocated to an old night club that he is having renovated for future episodes of the show as well as live concerts but Moshay has been long working with the unique characteristics of Hall’s renovated yet historic home in Millerton. “[The Millerton shows are] all challenging due to the volume in the room. It’s always on the edge of feedback due to so many monitors that have to be pretty loud to beat the room’s ambient qualities. I’ve had many monitor people try to help me make it better, but it is what it is. Realistically it should not be setup the way it is with so many mics & monitors all right next to each other, but that’s what people need to do it. As much as I would love for everyone to wear IEM’s, it’s not really suited to the shows concept of people just jamming and getting together to play and talk. IEM’s stop people from having normal conversation and would impede the shows natural vibe.”

Of course Moshay limits these challenges as much as possible with his choice of production equipment and Radial DI’s are a constant: “I choose my audio tools based on my experience and taste in how I want to hear it. I’ve heard all the DI boxes that exist and it was no contest to choose the Radial JDI (passive DI) and the J48 (phantom powered active DI), they just sound more musical and pleasing to us. The most important choices are made before the microphone, but after that all choices make an impact so I scrutinize everything down to the cables.”

Moshay also works with 500 series gear for the show: “I have a Workhorse (8 slot 500 series rack with built-in mixer) that I have some API modules & eq’s in as well as a few audio manglers.” The mixer on the Workhorse has even gotten him out of a jam: “I’ve run out of channels before and the mixer in the Workhorse is fabulous to mix mic pre’s to record a mix of inputs. It does not sound like a compromised mixer.”

For the new night club/show stage, Moshay ordered a 48X16 splitter: “There was no choice other than a Radial for me. I have always been in love with the way all their boxes sound and the transformers they choose have always been the most musical choice. Of course we have digital gear in our setup, but not only is Radial analog the best sounding audio path, it is also a time tested proven path.”