Ready for some beach time? Welcome to the creative oasis that is Beach Road Studios 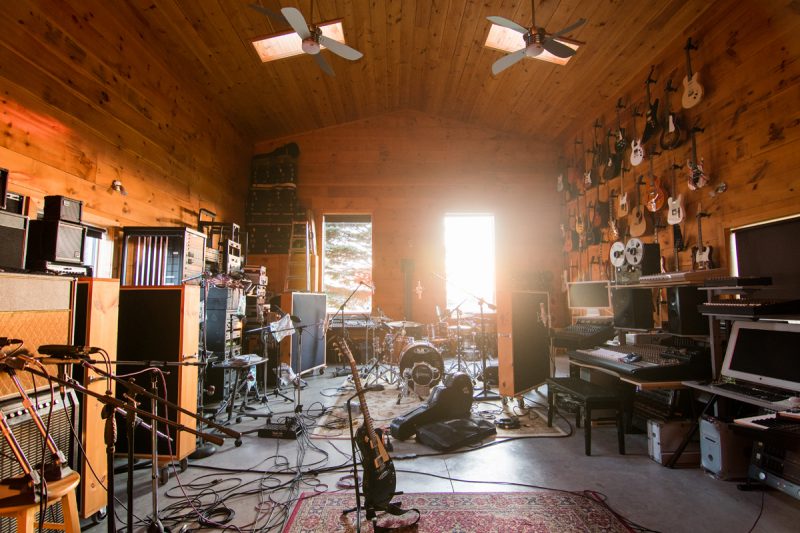 Siegfried Meier (Kittie, Baptized in Blood and Woods of Ypres)  boasts a studio that has almost every piece of gear wired and ready to go. This might not sound too impressive to some but considering the sheer amount of gear the JUNO award winning producer, engineer, mixer and songwriter owns, and his penchant for continuously acquiring, it’s no small feat to achieve. As Meier puts it: “I relate it to how a carpenter uses his tools – he might only need the specialized tools once every 2-3 years, but when he needs them, they’re right there when required.”

Beach Road studios is a big fish in a tiny pond so to speak. Enviable amounts of vintage and modern gear await musicians who make the flight up to the small town of Goderich, Ontario (population under 8,000) and head just a little further north to work with Meier and finish those creative days with sunsets on Lake Huron. On occasional weekends he will host a handful of students from all kinds of experience levels and put on one of his very popular workshops, bringing in working bands to give the students the full experience of recording and producing a song right through to the final product. Meier shares a peak at his most recent workshop and explains some of the gear he most relies on at Beach Road Studios.

Meier’s set up is largely a one-man show. He explains: “Sometimes I do take on an assistant for the recording workshops (when I can find good help), but other times I fly solo – just like I do when I’m in nearly all of my sessions.  As I mentioned, the place is set up in such a fashion that all the gear is wired in and ready to go at any time, and it helps to keep things creative.”

With all of that gear, Meier does have some mainstays including several pieces of gear from Radial. “Our Radial JD7 is probably one of the most used devices here – it’s the heart of our entire guitar rig, routing all the signals to where they need to go – and remains one of the best purchases we ever made.”

“I use 500 series gear every day, on every session I do as of the last few years.  I’m currently working on putting together a rack and a few pieces of 500 gear for our mastering room.  I also take my Radial SixPack with me on every mobile session I do.  It’s such a convenient system – not only do the modules sound amazing, the ability to swap out which ones I want to use on a whim are awesome.  And there’s so many commercial and DIY offerings, it keeps it fresh and unique.”

Radial’s Komit 500 Compressor/Limiter also gets the nod from Meier: “It is one of the coolest and most unique compressors I’ve ever heard.  I often love using it on bass, but it provides some killer smash on room mics, and some really nice subtle compression when used in conjunction with other compressors on vocal (I’m often using 2-3 or more compressors during tracking on a signal, with each one just barely hitting to really condition and provide different tones for various instruments).  In fact, I’d like to start using them in stereo on sources, so there will be another one on the way sooner than later.”

Another favourite is the 500 series version of Radial’s EXTC Guitar Effects Interface: “The EXTC 500 is a super cool box that I’ve not seen made available commercially in the past.  It makes my vast collection of guitar and bass pedals become plugins during tracking or in my mixes, and that makes me super stoked.  The box is super rich with features such as phase reverse and blend control, so the possibilities are endless.  And of course, the proper impedance and level matching is crucial to making this all happen – if the box didn’t sound as good as it did, we wouldn’t be using it.  But a tubescreamer on snare, a univibe on vocals, the various and wacky guitar compressors out there on drum buss and room mics… Jeez, I could go on for days!!”

Both the Komit and the EXTC are incorporated into Meier’s workshops: “We go into level matching/impedance quite extensively, and the EXTC really allows me to show the students the creative possibilities with guitar pedals in productions, but also allows me to show them how to do it properly.  Many just think you can plug pedals into converters and go…and you can, but it just won’t sound as good as when you use a box like the EXTC.  After hearing the results, even the most beginner level student hears and understands the need for such a tool in their arsenal.  The Komit is just such a rad compressor, I love using it to demonstrate how different a design can be, and the sonic bliss that results from that.”

One of the most important pieces of gear but often an unsung hero, the DI box, also gets a mention from Meier who favors the Radial ProD2: “It is probably the most used DI here at Beach Road.  Being stereo, it’s extremely useful in any situation where someone has a keyboard rig they bring in, a laptop for backing tracks/FX/synths etc., for just bringing in any stereo line level source that might exist here at the studio – I’d say that box probably gets used on every 2nd day here. It’s such a warm and clear sounding box, and with the built-in ground and pad switches, ready to tackle any annoying audio situation that might arise. We float ours around so much at the studio, I’m gonna get a 2nd one to keep mounted in our guitar rack in the control room permanently…”

From tracking to mixing, Meier relies on Primacoustic Recoil Stabilizers. “I love the Recoil Stabilizers – I have a number of them here at the studio. Our mastering room utilizes them heavily since the monitors sit atop an Argosy desk, and they really provide some terrific isolation to stop anything from vibrating through the desk – they also allow the speakers to really shine through on their own, without any added bass of the coupling that happens when you position monitors on any meter bridge or console etc. We also have some for our Focal sub in the mixing room, as they do a fantastic job of doing the same when a sub is sitting on the floor of a control room.” 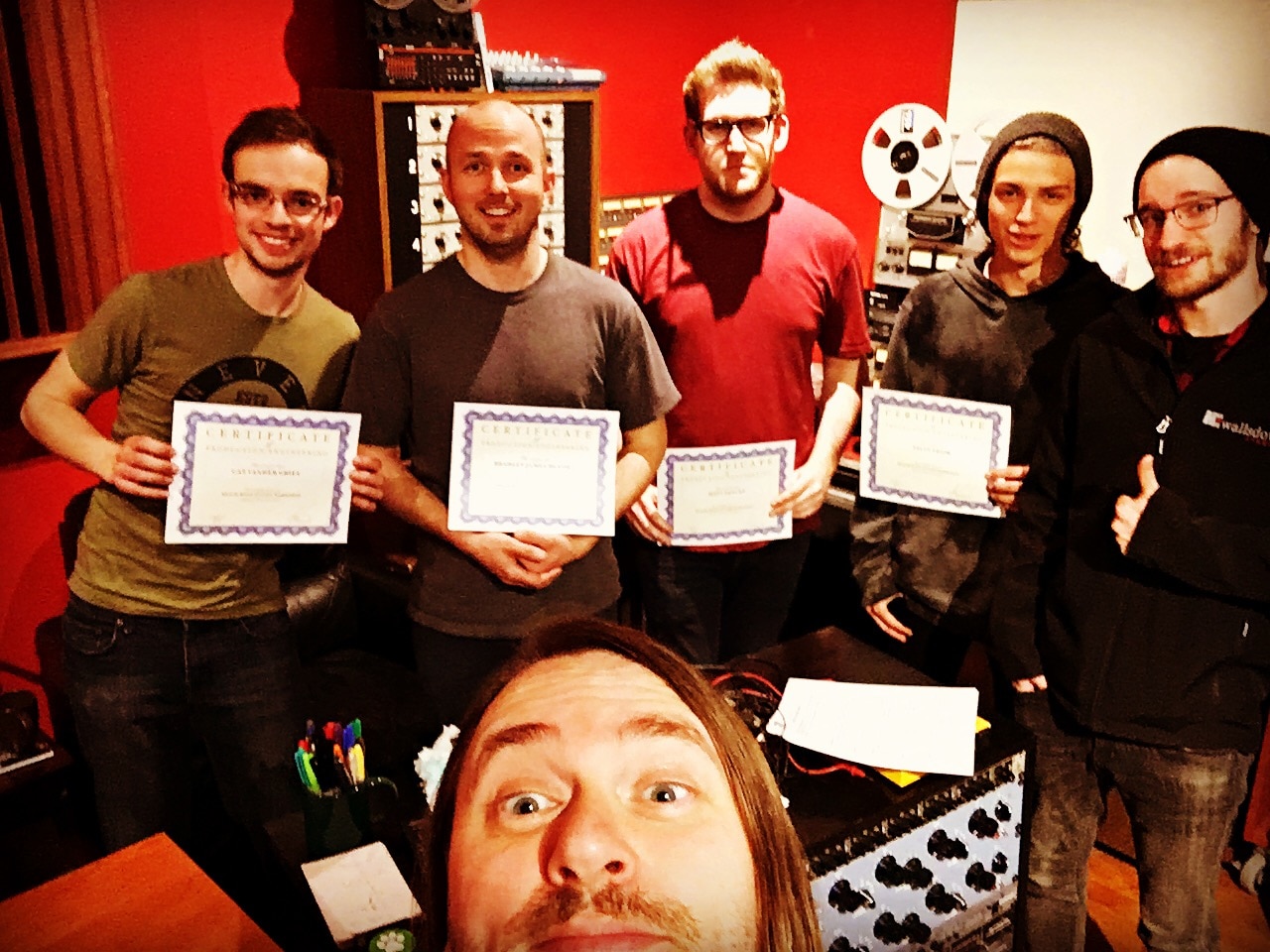 With his latest workshop put to bed and the so-to-speak credits rolling over a backdrop of sunset on the lake, Meier is quick to mention his greatest asset in studio: “My lovely wife Rachel is probably the biggest help though – during sessions and recording workshops – as she is the provider of all the yummy meals and treats, and is a constant studio mom when she’s not busy with her own business.  She also knows more technically about the studio and gear than most people I’ve met in my life, and that simply comes from hanging around sessions the past 15 years (which is great, because I can make her wrap cables properly hahaha).”