Andy Chichon shines with his Firefly 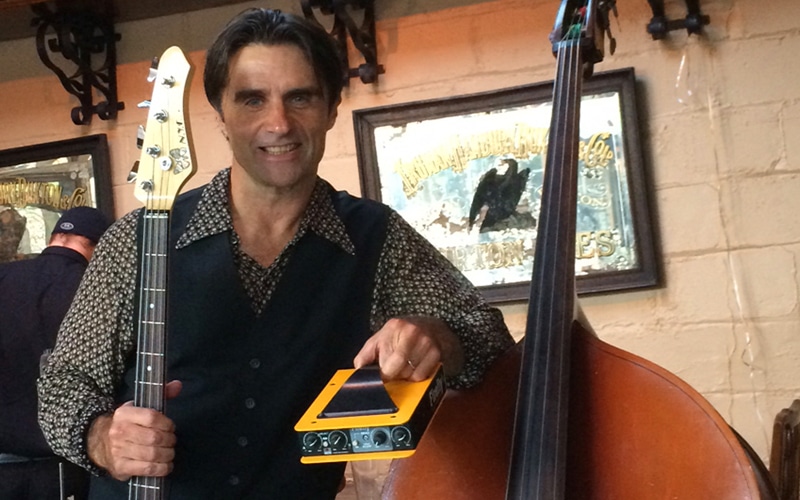 When Australian born bass player Andy Cichon arrived in New York almost 20 years ago his first job was touring with then nascent band, Five For Fighting.  It wasn’t long before he was invited to gig with Shania Twain, only to be discovered by Billy Joel and, the story since then has taken Cichon back and forth between these two major acts. Currently, Cichon forms part of the backbone for Joel’s roster of performances at New York’s Madison Square Garden.

Cichon explains: “Billy had seen me performing with Shania Twain on television a bunch of times. We have some mutual friends in the industry and hung out at a friend’s wedding way back in 1998. His former bass player couldn’t make a couple of shows so Billy asked me to fill in and I never left.”

It would appear that weddings are a fortuitous omen in Cichon’s career. When he’s not touring with Twain or Joel, his own project, ‘Shotgun Wedding’ keeps him busy recording and touring. He describes ‘Shotgun Wedding’ as the first city/country band:  “We love that style of music but tell stories about life in the city and all its ups and downs. No shortage of material there… So much fun writing and recording with my closest friends. Feels like I’m a teenager again.”

With ‘Shotgun Wedding’, Cichon spends equal time playing his upright as he does his electric but no matter where he is playing, or which band he is playing for, his steady performance partner is his Radial Firefly Tube DI: “When using either my Fodera NYC or American Standard upright, I can footswitch between the two with my Radial Firefly Tube DI. The Firefly is plug and play or can be tweaked to really fine tune your sound. The tube front end warms it up and the Drag feature really lets you hone in on the natural sound of your bass. I go straight to the front of house with it at some shows. The high pass filter makes it perfect for my upright and its Yamahiko piezo pickups.”

“WIth its two channel input gain matching and the fact that it is foot switchable, the Firefly is perfect for two electrics or one electric and one upright. I also use it for my direct signal in the studio along with an old ampeg B15. What a combination.”