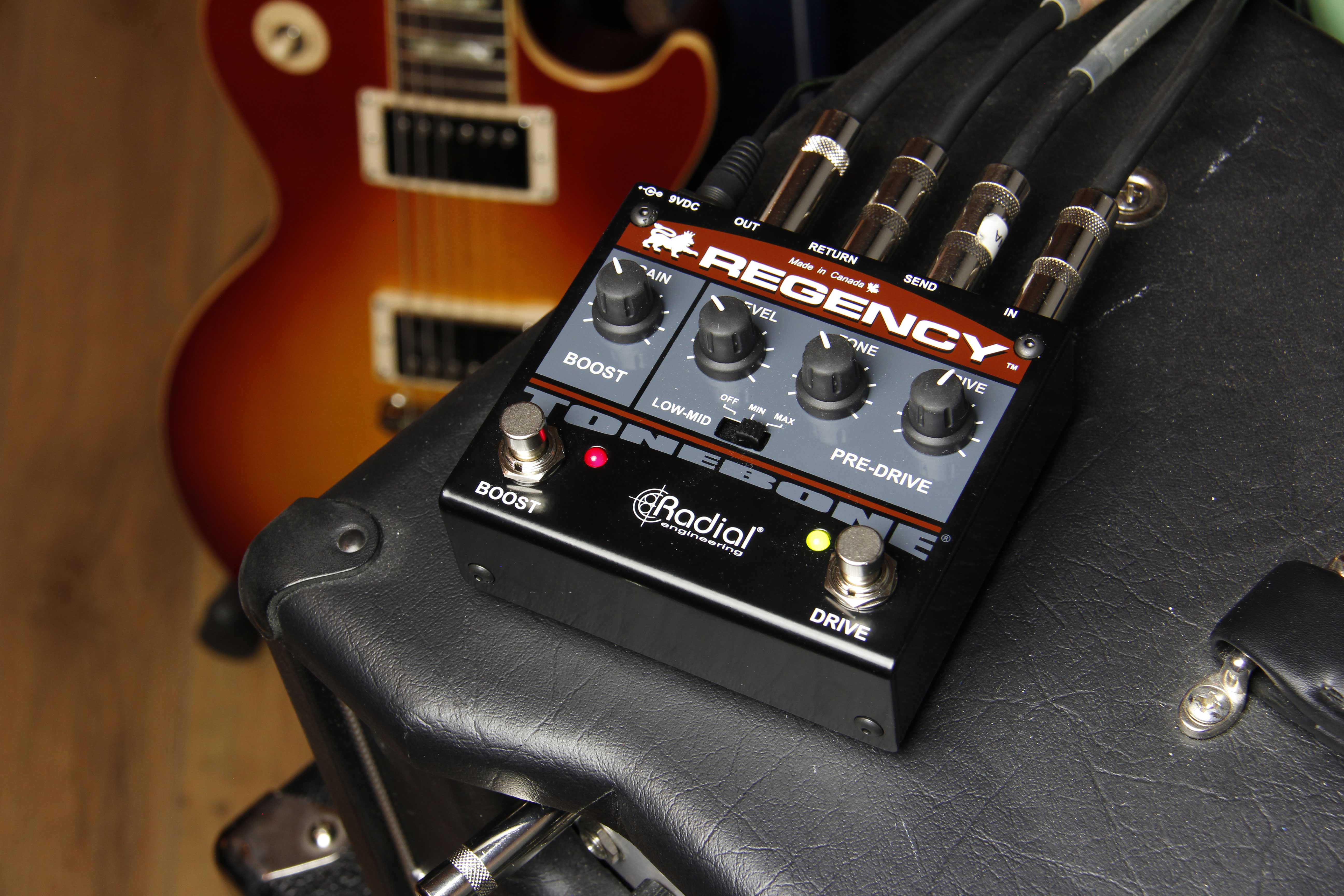 Radial Engineering Ltd. is pleased to announce the Regency™, a unique pedal that acts as a pre-emphasis for mid and high gain amps.

According to Radial’s CEO Peter Janis:  “When developing new products, we often consult with a tight knit group of individuals who we have grown to trust. One such individual is Réjean Lachance, an incredibly talented player from Québec, who is best known for his work with Roch Voisine, Lara Fabian and Johnny Hallyday. Lachance wanted a pedal that he could use to drive the front end of his amp harder, either to add sustain or to produce extra grind. He worked with long time our engineer to produce a prototype and the result is the Regency.” 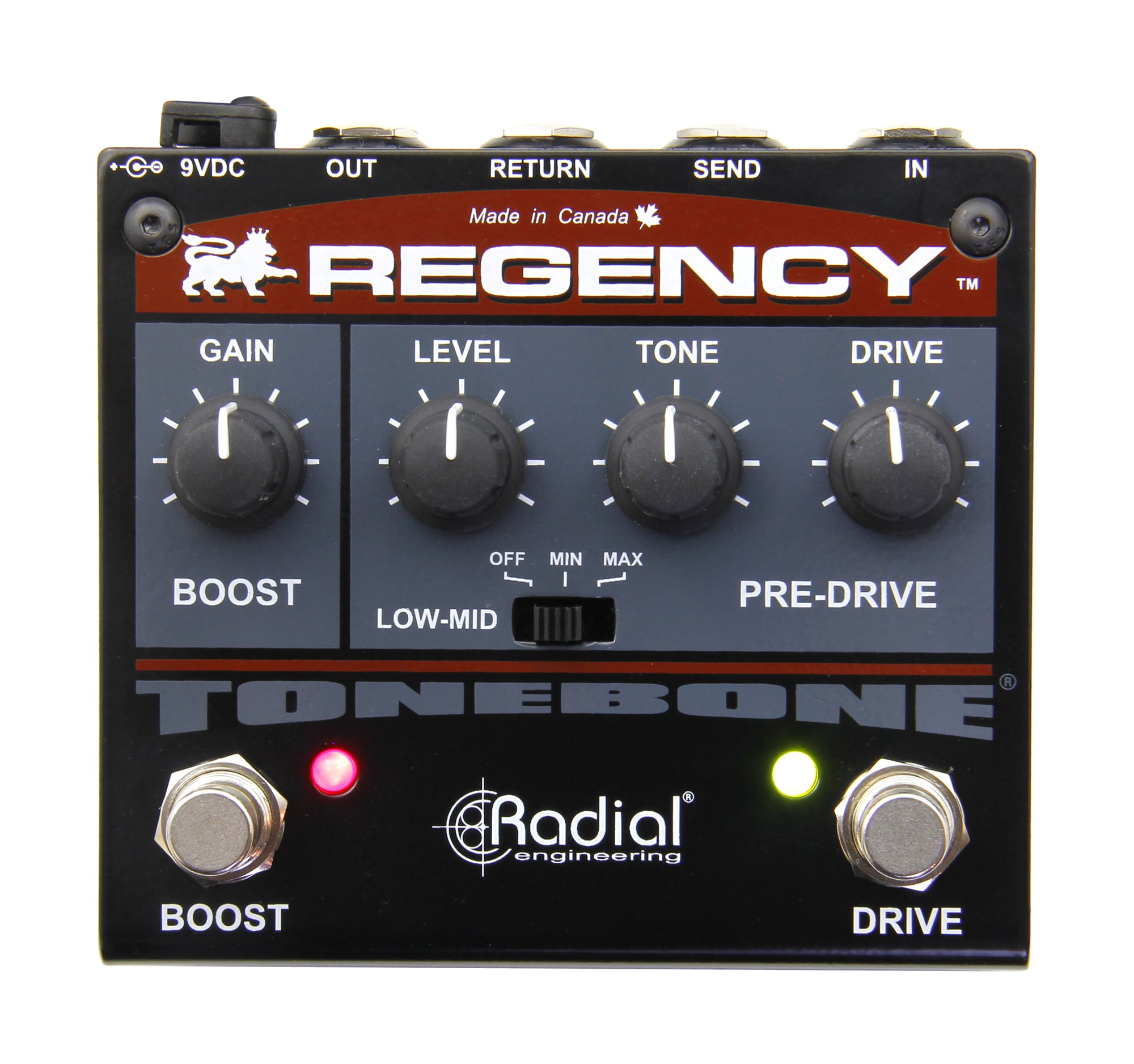 The Regency is, in fact, two pedals in one. The first is the pre-drive – a high output, low distortion overdrive that is used to add extra saturation to the amp without muddying up the tone. This features a drive control, adjustable tone and a level control. A 3-position low-mid switch further refines the tone by allowing the artist to tailor the bottom end to suit. When in play, the pre-drive adds natural sustain and harmonics. The second is a 100% discrete Class-A boost that delivers up to +18Db of gain. A built-in effects loop automatically activates when the boost is engaged, allowing the artist to turn on his delay at the same time when soloing.  This not only improves on-stage efficiency; it also helps to deliver a better performance.  Both the pre-drive and the boost may be used at the same time, should absolute power be needed.

Made Radial tough from 14-gauge steel, the Regency is well prepared to handle the rigors of international touring.  It is also super compact and is powered by a standard 9V supply for easy integration onto a pedalboard.