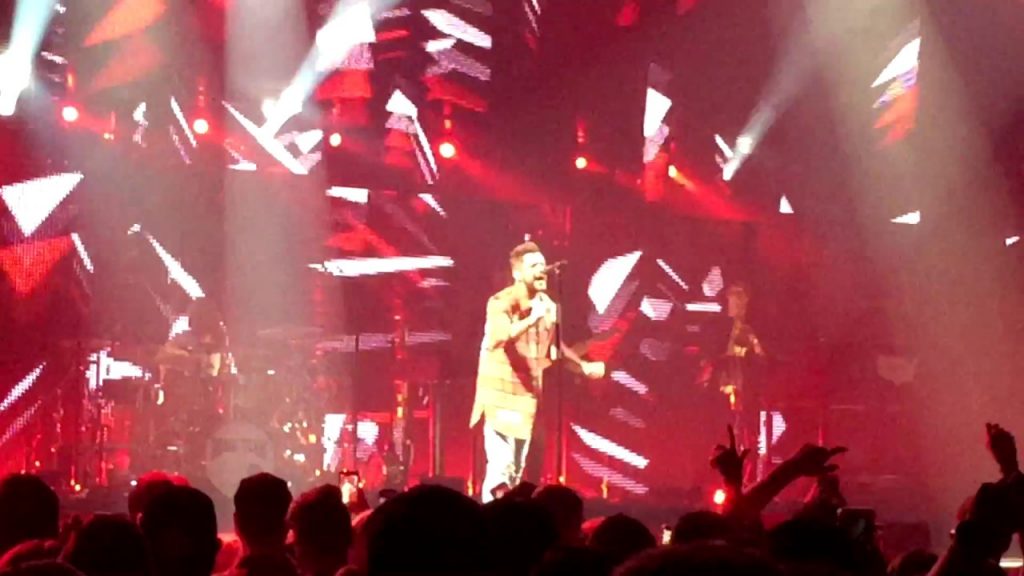 Jim Rhodes here (Radial’s artist relations rep). I recently had the chance to check out Thomas Rhett’s show in Abbotsford, BC and show the crew and band members some new gear.

Thomas Rhett is a singer/songwriter and the son of country music icon: Rhett Akins. Thomas has already released two studio albums—It Goes Like This (2013) and Tangled Up (2015)—which have produced seven number 1 songs in the country music charts. In addition to this, Rhett has also helped co-write singles for Jason Aldean, Lee Brice, and Florida Georgia Line.

While at the venue on show day, I connected with Ken Thomas, formally the Production Manager for Florida Georgia Line and Kevin Twist who is now also a PM for Thomas’s 2017 tour. I noticed the tour was carrying four SW8s (Radial’s popular backing track switcher), two JX62 switchers (used for switching guitar inputs and amp outputs), four SB6s (our Stagebug compact stereo isolators) and numerous DIs. The band and crew were very happy with how the gear was working out and invited me to stay and catch the show. Tons of catchy songs, a kickin’ band and a great sounding mix… I thought Rhett’s show was excellent.

We want to thank TR, his band and the entire crew for their hospitality and support of Radial.

For more on Thomas Rhett.

For more on Radial.