Radial backstage at City and Colour 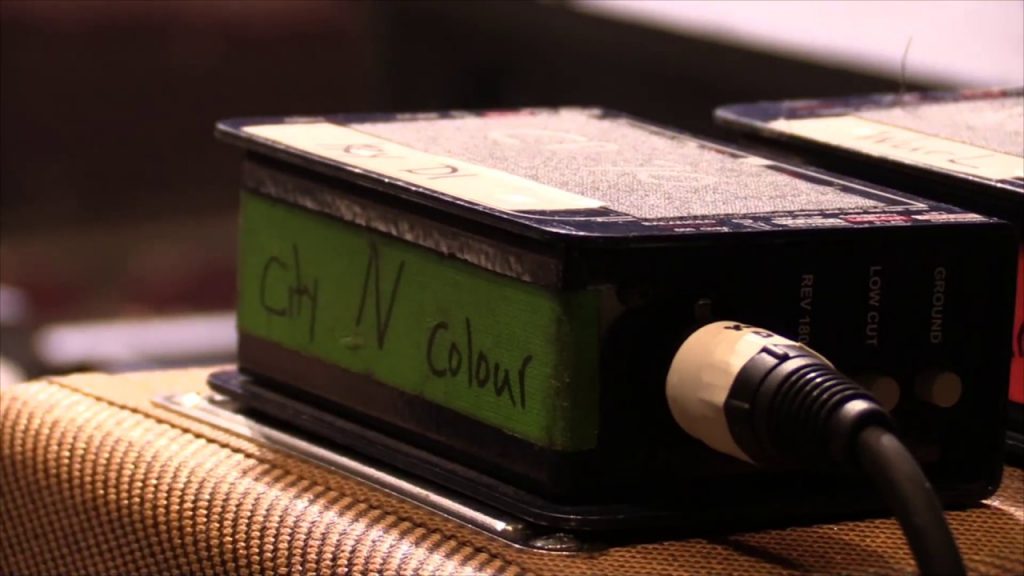 Dallas Green, Canadian vocalist, guitarist and songwriter for Alexisonfire is perhaps becoming better known for his folk-style act City and Colour. Radial Artist Relations point person, Jim Rhodes checked in with their tour stop at the QE Theatre in Vancouver.

I’d spoken with recording engineer, Karl Bareham and FOH/PM Stu Shuster a few weeks before this 28 date tour to discuss their specific needs. Karl was charged with recording the performances and he and Stu thought to turn to Radial to look after the necessary increased signal distribution requirements when you are not only sending signal to monitors and FOH, but wanting to also record all the shows. They were looking for a mic split and needed clean, transparent signal, reliability, and enough channels and separate outputs. We settled on a Radial OX8 with Jensen transformers.

When dropping by to check in with artists and crew on a piece of gear they picked up specifically for a current tour, it’s still cool to see evidence of why they choose to reach out to Radial when they need a solution. In this case there were the usual suspects all over the stage including Radial JDIs, J48s and ProDIs. Despite years of terrific feedback on these reliable tour team players, the crew at Radial and I still get a kick seeing the gear stand up to the ‘rigors of the road’ as we put it.

For more on City and Colour

For more on the Radial OX8