Radial keeps it clean on the Blake Shelton tour 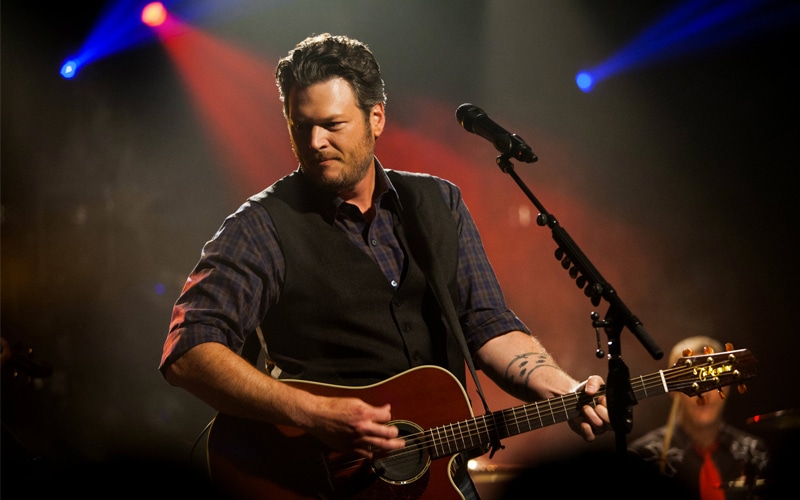 With Blake Shelton’s latest tour wrapping up this month, we touched base with FOH Brad Baisley on the Radial gear he chose to take and see how it performed. Turns out Brad and Blake’s bass player Rob Byus considered going in another DI direction, only to come back to the Radial J48.

Brad explains: “When I joined the Blake Shelton tour 6 years ago, we immediately switched all the DIs to various Radial models including J48 on bass. This year, we thought we might like to change things up with a more colored direct box for the bass. We tried several competitors FET DI’s in our signal chain. We quickly found that the clarity and precision sound of the J48 won out in the musical context of Blake’s show. The J48 was also much quieter, in our setup. We get a nice amount of growl from Rob’s Mesa/Boogie Strategy tube amp mic’ed with a Sennheiser MD421 when we want it.”

Rob adds some further advantages to sticking with his tried and true Radial DI: “When I started using the J48 I was obviously looking for a DI that sounded great, but I also wanted a certain level of transparency.  I play Mike Lull basses because I love the way they sound, and most DI’s just color the sound way too much. At the time, we were playing a lot of opening slots at festivals and there wasn’t time or room to haul a full bass rig on stage. Basically my pedal board was my rig, so having a dependable DI that sounded great at front of house, and in my in-ear monitors, was ultra important. The J48 fit the bill perfectly and I’ve been using it in my live set up for several years now. Even now that I’m able to use a full rig, we always use the line from the J48 to FOH and to the monitors. Sometimes we’ll play TV shows where using my whole rig isn’t practical, and in those situations the J48 is the only DI that I will use.”

“Obviously I use a different set up in the studio, but the J48 is always in my studio rig as well. I run a j48 into a pre into a compressor and it allows me to get the exact sound I want to the engineer. I also build a lot of tracks in my home studio, so I’m playing different instruments into different preamps and different compressors… But I’m always using my J48.”

Radial also helped Brad achieve the ‘clean stage’ look the tour’s show designer specified. “None of the guitar amplifiers and speakers are visible on stage. To achieve this look, we needed to to have long cable runs to and from our pedalboards. With traditional 1/4″ cables those runs would be prone to tone-loss and noise. We use the balanced line level outputs on our Sennheiser wireless receivers and send those to Radial ProRMP Reamp boxes which step the signal down to instrument level. The audio travels through the various effect pedals, then at the end of the board, we use Radial SGI systems send balanced line level audio to the off-stage amplifiers where it is again stepped down to instrument level just before the input. This setup gives us the benefit of a balanced line level signal chain and ground lifts for the long cable runs, while giving the pedals and amplifiers appropriate impedance inputs and signal levels – all while using the shortest amount of unbalanced instrument level cabling.”

To learn more about incorporating Reamp boxes into your rig, check out the blog post: ‘Reamping For Live? A Method Of Improving Wireless Electric Guitar Performance.’