Tales From The Rhodes – John Mayer 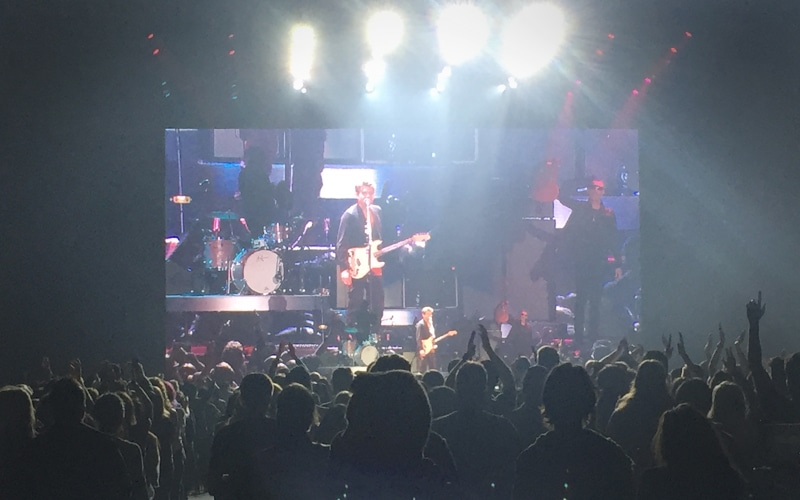 John Mayer is one of the most recognized singer/songwriters and guitarists in the 21st century. From his first EP in 2000, “Inside Wants Out”, to 2017’s “The Search for Everything”, John Mayer continues to make music with meaning. His talents have earned him respect, success, accolades, collaborations and appearances with many of the worlds top artists and a loyal fan base around the world. All things combined, it still feels like John Mayer is still just getting started.

Of course we spent most of the time talking about gear and, in particular, how Radial products have provided solutions to them. John, being one of the most respected guitarists of our time, has endless options available regarding which gear he can use so, needless to say, it was great to see John continues using Radial JDI’s and a JD7 guitar switcher – devices that he’s had since the beginning of his touring days.

Some other pieces of gear they’re using includes JDI’s on keyboards and J48’s on acoustic guitars. Due to the rolling risers on stage, cable lengths often exceed 120ft, so Isaih Sharkey uses the Radial SGI TX/RX for driving the signal from his pedalboard back to his amps without signal loss or added noise. The band and techs are able to communicate directly with each other using the Hotshot DM1’s and Hotshot ABo’s. An SW8 switcher was also in use like most tours around the world today.

We want to say thanks to John Mayer, his band and the entire crew for their hospitality and ongoing support.

For more information about Radial.