The Movement is Tempting – Tales From The Rhodes 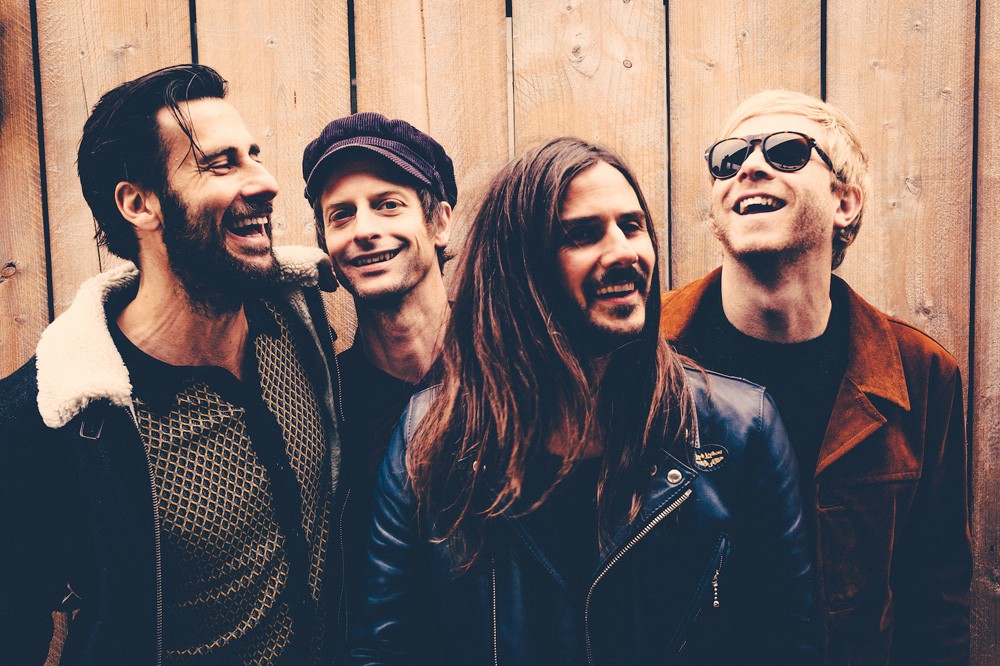 The Temperance Movement are a British blues rock band formed in 2011 by Glasgow-born vocalist Phil Campbell and guitarists Luke Potashnick and Paul Sayer. The rhythm section consists of bassist Nick Fyffe and the Australian-born drummer Damon Wilson. Luke was replaced by friend, and guitarist, Matt White in 2016. They have released 2 albums, a debut EP in 2012 and their White Bear LP in 2016.Between 2014 and 2015, The Temperance Movement were invited as the guest band for the Rolling Stones in Europe. In 2015, they also toured with Blackberry Smoke while in the US. The band is moving fast and furious and are turning heads everywhere they play.

Jim Rhodes, artist relations for Radial, caught up with guitarist Paul Sayer and Matt White about their gear, their sounds and how they gain an edge. For consistent guitar tones, the guys use Radial  JDX48. The JDX48 is a direct box designed to capture the dynamics and feel of an amplifier by connecting between the head and cabinet. They then combine this signal with their cabinet mics for a full live sound.

Additionally, Paul and Matt both love the Radial Elevator. The Elevator is a Class-A signal buffer and multi-featured booster. Furthermore, the Elevator employs Radial’s Drag Control circuit which will allow you to correct the load on the magnetic pickup on your guitar and ‘trick’ it into acting as if it was being connected directly to a tube amp, this in turn brings out better presence from your guitar.

The Temperance Movement enjoys touring, songwriting and the occasional trip home. The band can be found touring the UK and Germany from December 4th to the 21st. Radial wants to thank the guys for their support and wish them the very best along the way.