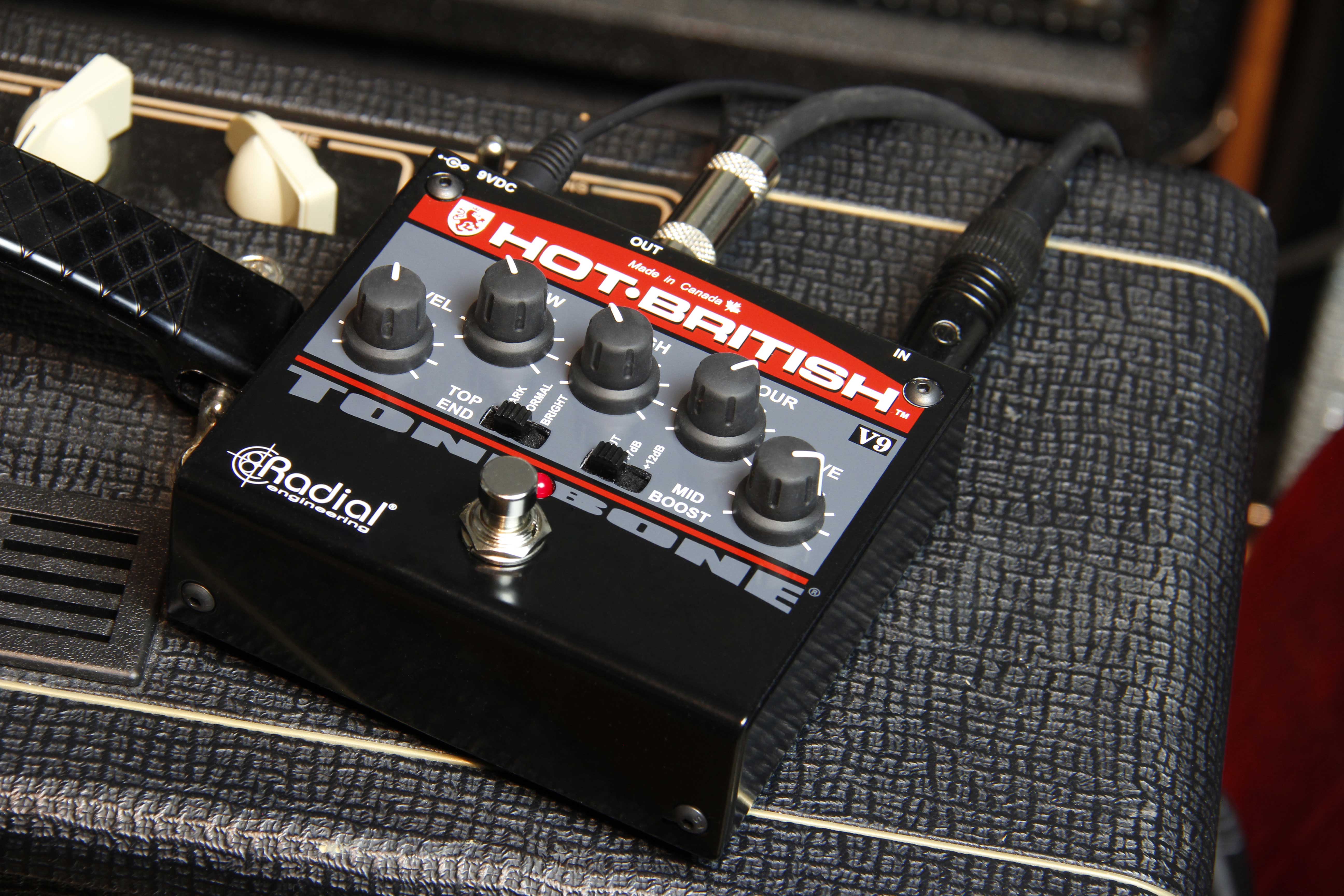 The Hot-British V9 builds on the success of its namesake with solid-state circuitry and a much smaller chassis size, making it easier to fit on a crowded pedalboard without sacrificing on tone. The Hot-British V9 is also powered via a 9V supply, allowing it to be used with multi-pedal power supplies. Now you can have the sought-after tone of a high-gain Plexitube amp in a size suitable for fly-dates. 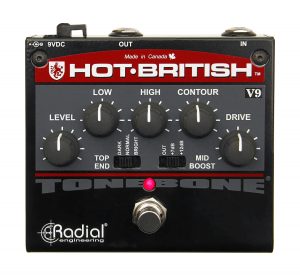 Beginning with Radial’s unique Class-A buffering circuit, the Hot-British V9 retains the natural feel and responsiveness of the guitar, while also allowing it to drive multiple pedals and longer cable runs with ease. Once engaged, three tone-shaping stages provide a high degree of control over the resulting sound, from subtle tube saturation textures to screaming over-the-top distortion. The Drive control sets the input level and the amount of distortion, while a Contour knob changes the character of the distortion itself. A two band EQ section after the distortion circuit allows you to tailor the tone to match your guitar and amp, along with a level control for the overall output of the pedal. There is also a 3-position Mid Boost to help cut through when soloing, and a Top End switch that can brighten or darken high frequencies.

Built in Canada and housed in a compact 4¼” x 4″ x 2⅛” solid steel chassis, the Hot-British V9 is tough enough to withstand the rigors of the road, and ships with Radial’s 3-year transferable warranty.

For more information on the Hot-British V9