Does the KL-8 support iOS devices?
The KL-8 is not supported by iOS devices. The USB connection on the KL-8 was designed to be connected to laptop or a computer with a USB port. We do have other products, however, that will work with iOS devices such as the BT-Pro and the SB-5.

Is the USB connection plug and play?
On a Mac, the KL-8 is plug and play. With a PC, drivers are required – These are included on a USB stick with the KL-8 or they may be downloaded from the Radial website.

Are the main outputs like a typical direct box?
No and yes. The KL-8 can produce enough output level to drive a power amp or a set of powered loudspeakers. Yet, with a variable output control, you can turn the output down to accommodate the mic input on a snake. Because the outputs are isolated, buzz and hum from ground loops are eliminated.

Can I use the KL-8 with guitars and basses?
Yes, however the input buffers are not designed for regular magnetic guitar pickups. To use a standard guitar like a Strat or Les Paul, you should buffer the signal first.

Can I use the KL-8 with an acoustic guitar?
Yes. So long as your guitar is active (has a built-in preamplifier) – as is common with most acoustic guitars that are made for stage use.

Can 48V phantom power on the mixer damage the KL-8?
No. The KL-8 is equipped with protective measures against this concern.

Can I use the stereo Aux Receive connections to add a fifth keyboard input?
Yes, if you don’t plan on using the Aux to feed outboard effects, then you can repurpose it as an additional keyboard input.

Is there a way to feed a click track to the monitor outputs and headphones without sending it to the PA through the main output?
Yes, the KL-8 has an Aux Return Assign switch on the top of the unit which allows you to route the Aux Send only to the monitor and headphone outputs. This will allow you to feed effects or click solely to your own monitors, so they aren’t sent out to the audience over the PA.

Can I use MIDI to control parameters on the KL-8 such as the Aux on/off?
No. MIDI can be used with the KL-8 to control a soft-synth or an external MIDI device, but the KL-8 itself cannot be controlled digitally.

Can both USB connections be used simultaneously?
No, only one USB connection will be active at a time. The second USB input is designed to operate as a redundant connection for setups that include a backup laptop for soft-synths or backing tracks.

Does the USB input switch automatically if there is an issue with my primary playback system?
No, the active USB input needs to be selected manually – this is determined by the front panel USB Select switch or an external footswitch connected to the USB A/B remote input. As soon as a problem is detected, simply hit one of these switches to instantly change to the backup USB input.

Do MIDI signals sent to the KL-8 feed both computers simultaneously?
Yes, when sending MIDI information to the MIDI IN jack on the KL-8, this will trigger MIDI events on both computers at all times. This ensures seamless switching between your primary and backup computers, without stuck MIDI notes or other errors. 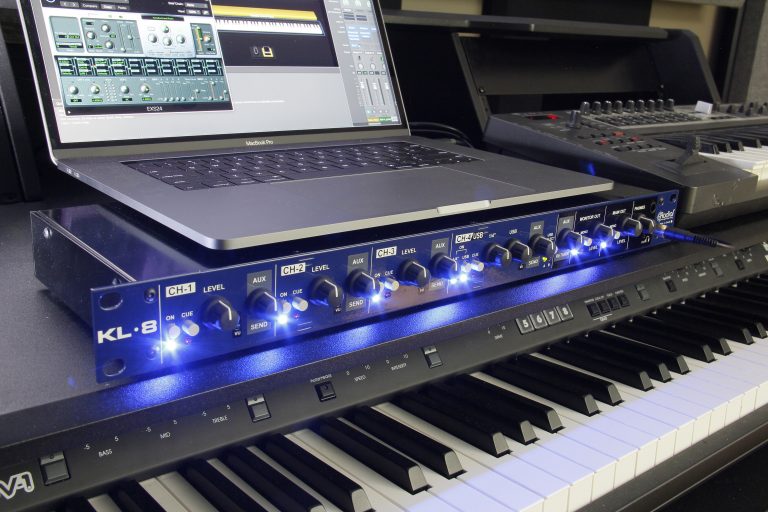 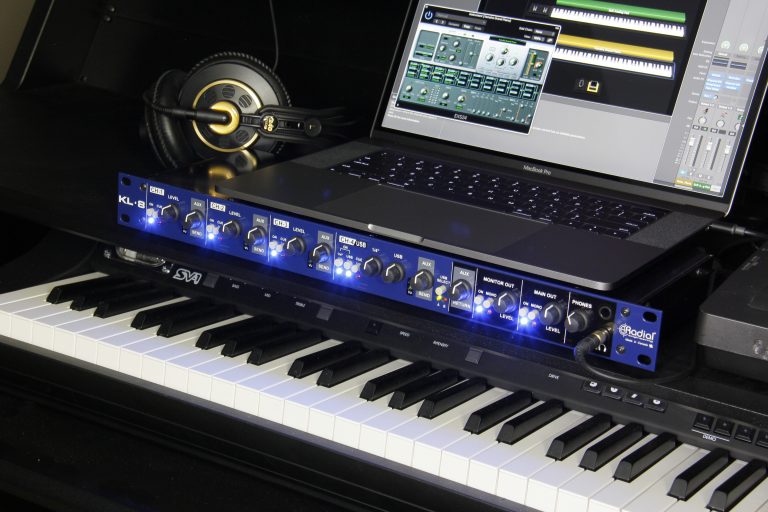 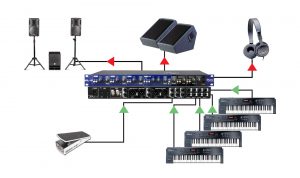 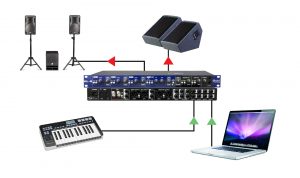 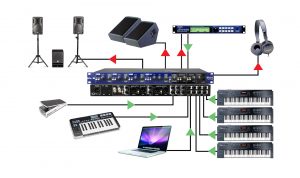 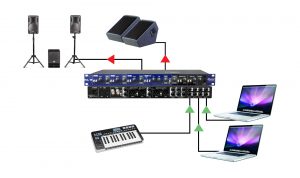 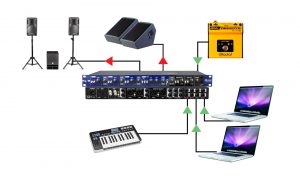 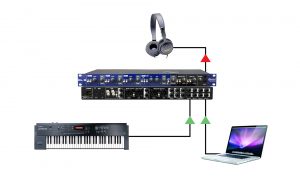 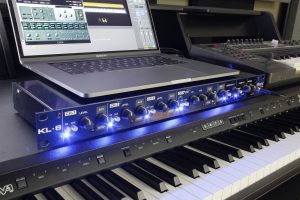 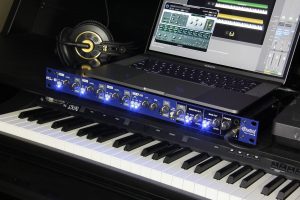