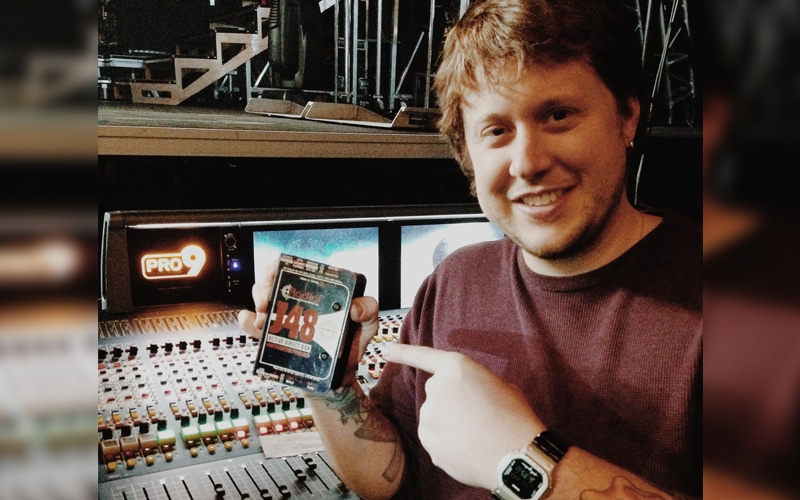 When FOH Jon Garber decided to move on to a new challenge after touring with Rascal Flatts for nine years, it turns out he didn’t have to look too far for a fresh gig. In fact, his new job with The Band Perry meant he’d probably be taking the same planes, trains and automobiles as the Rascal Flatts crew seeing that The Band Perry ended up being the special guest on the Rascal Flatts tour that wrapped up late last fall.

Currently in the midst of The Band Perry’s first world tour, ‘We Are Pioneers’, Garber is enjoying the change. “The Band Perry are perfectionists which I love.  They are always trying new ways to give the crowd the best possible show. Both the Perrys and Flatts put on a high impact show. Every show we do grows in attendance each night. People wait all day and sometimes all night to see them. The best part of touring is working so hard during the setup and then seeing the people cheer and sing every song the Perrys sing.”

With The Band Perry Garber is touring over 170 shows a year: “The main challenge I have right now is that we are on a different PA every night. So making it consistent night after night is what I strive for. For me new gear is something I really take my time to research. I’m of the mind frame if it isn’t broke don’t change it. But I know there is new gear out that can make a day easier; for instance Radial gear which we use a lot on this tour.”

“The Radial J48 is by far, the best sounding DI box out there. It has super low harmonic distortion, and produces a lot more clean headroom. This is particularly important when you plug in a high gain instrument. We also use the Radial Reamp JCR in a really cool way: We take the output from the wireless system into the stage amps and then into Petersen tuners so that the artists can check their tuning at all times.  The signal sounds as if you are connected to a 15 foot cable.  And because of the JCR Isolation transformers, we can lift the ground and eliminate all of the hum and buzz problems that cause havoc in the past! We use one JPC (stereo PC DI box) for a couple of things. Getting a line level signal for playback is the most important. Then in turn if my audio interface goes down it’s a quick back up. One other place I use it for is when the artist comes up to my board and wants to play a song from their iPhone – I can quickly make that happen.” Garber also uses ProD8s (eight channel rack mount DI) on their Pro Tools system, JDI Duplexes (stereo DI) on all the keyboards and a JDX (guitar amp DI) on electrics: “We know that Radial will work every time. More to come hopefully!!!”

In January Garber got word that even more dates were being added to The Band Perry’s schedule this year. Blake Shelton has invited the band to join him on more than twenty dates for the 2014 leg of his own Ten Times Crazier tour. Garber is not phased and, in fact, would happily add another Australian and European leg to The Band Perry tour. “We went to Australia last fall – very beautiful. It’s my favorite place to do a show. I also like the big festivals in Europe and the US.  Most are line check and go so once you lift the mutes it’s game on. Fun times.”