Tales From The Rhodes – Life is a Highway of No Regrets 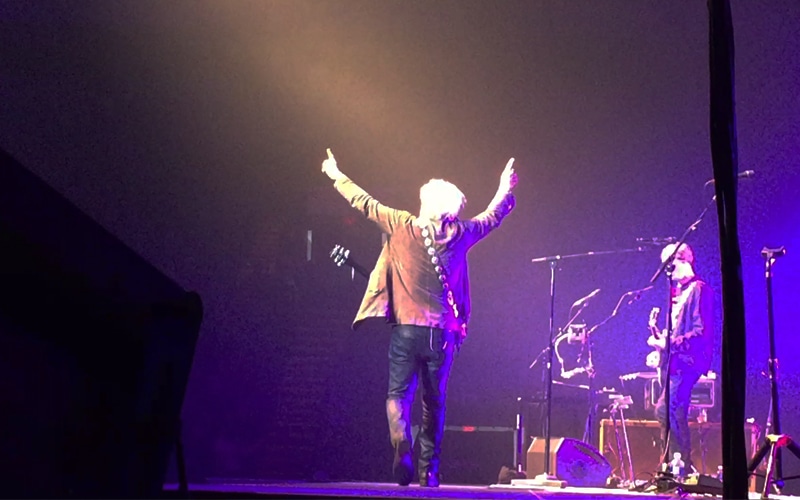 From 1987-1990, Radial’s Artist Relations point person, Jim Rhodes, worked as a guitar tech for Tom Cochrane & Red Rider. He recently took the opportunity to drop in to their latest show in Abbotsford, British Columbia and meet the crew, say hello to a couple old friends and do a little show-and-tell with some of Radial’s newest toys.

Just like many bands, Tom Cochrane & Red Rider owe their longevity to many years of hard work, a few membership changes along the way, a great break or two, a few hit singles and a general bulletproof resilience that, if it could be bottled, would outsell any super-duper adhesive easily. The band has been around since 1975 but my tenure with them came right on the heels of when they officially became known as Tom Cochrane & Red Rider and shortly after they released their self-titled fifth album in May 1986. This was around the same time Capitol released a compilation CD titled Over 60 Minutes with Red Rider, covering the band’s first four albums. It was a good year to become part of the TC/RR family. That same year they were nominated 11 times for Juno Awards (Canadian Grammys) and nailed down the Group of Year award.

It was a very heavy tech gig at the time. At one point when I was doing guitars for them we had 41 guitars and basses on tour. They used most of them in the show between four players. I was handling around 25 guitars and 2 basses a day, myself. There were tons of tunings. I’d start doing guitars around 9-9:30 each day till around 3-3:30 just to keep them all re strung, set up and ready.

Fast forward 27 years and I found myself headed to Abbotsford to catch up with the band, crew and catch the show. My time with TC/RR just predates the start of Radial Engineering, but the venerable JDI™ shows up in several places in their current set up. There are currently two JDIs on the Kurzweil keyboard, another JDI used on Jeff Jones’ bass direct from his pedalboard. They have a laptop connected to two more JDIs and they’ve got a JDI and ProDI™ set up for opening acts’ bass and acoustic guitars.

There’s also been a little Radial tone dialed in by guitarist Kenny Greer who still uses the original Tonebone Classic (distortion pedal with the 12AX7 tube) on his famous sounding pedal steel guitar – and not only as part of his live rig, but the pedal was used in some recordings as well.

I brought some new Radial gear to do a little show and tell with Kenny (guitar), Jeff Jones (bass), guitar techs Gary & Poosh, FOH Ken and Megan Patrick’s band members.  Megan’s band is opening for them this time around. Jeff’s giving the Tonebone PZ-Pre™ (acoustic instrument preamp) a test run for the next little while and see how he likes it for his acoustic guitar session work as well as live gigs. It also happened that drummer Davide Direnzo was needing a custom snake made for his home studio so we put in an order for a 25 ft x 16 channel snake. A lot of folks don’t know that the Radial brand was originally developed for a range of cable products. The custom shop has been producing solutions for some of the most demanding customers in countries around the world.

It’s always great to pull off the highway (of sorts) and check in with old friends who are still cranking out solid shows. My time with the band wasn’t my first gig..more like the 8th or 9th pro touring band. It was a going concern keeping the band’s gear show ready but we also knew when to ‘throw the ball around’ so to speak – to decompress. Tom and I were big baseball fans and I recall we organized a game of hardball on a day off with the band and crew during the Victory Day Canadian tour. Tom pitched for his team and I pitched for mine… I pitched a no hitter (cause I used to pitch minor league hardball)… Tom yelled at me from the dug out… “hey Rhodes, let us ****ing hit the ball, this is getting boring!”… I didn’t, we won. He was pissed at me for days after, but we made up.

Watch the video below for a quick glimpse of the show.