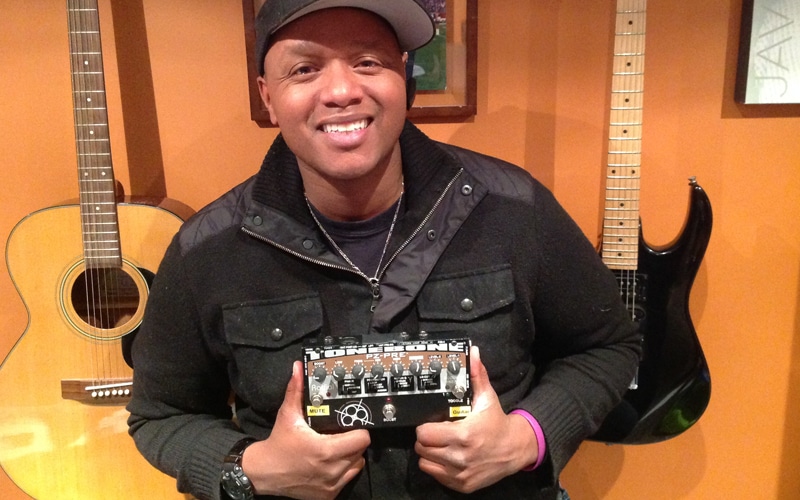 Making anything look easy takes a lot of hard work.  Standing out from the many who seek success also takes a lot of work. There are a select few whose dedication pays off in unprecedented ways. Success that was elusive and existing only in its potential suddenly moves at a momentum that defies even the artist to believe it is really happening. That was 2011 for singer/songwriter Javier Colon and winner of season one of ‘The Voice’. (NBC’s reality television singing competition).

It’s true, not everyone gets a whirlwind year that includes amassing fans by the millions, singing with the iconic vocal legend Stevie Nicks all while being coached by Maroon 5’s Adam Levine – who experienced his own upsurge in celebrity status that first season. I mean, if you are going to make new friends and some big moves in your career, these aren’t too shabby.

It would surprise many to know it almost didn’t happen for Colon. “I almost didn’t audition. I was thinking of every excuse not to go and my brother called me and said “What do you have going on right now that’s so good that you don’t need to audition for this show? What do you have to lose?” I couldn’t argue with that and here we are today.”  Colon had put in a solid decade of work with limited returns; certainly not to the extent that could support a growing family. He and his wife Maureen are parents to three young children.  “Before ‘The Voice’ I was a struggling artist as many artists are. After winning, my life was completely changed. You become a household name. People get to see you that never knew you existed. I was seen by millions and was able to gain countless fans from it. I am so grateful that I am able to tour now and work successfully doing something that I love. After having struggled for so long, I couldn’t be happier with how far I’ve come.”

Colon is currently working on his new album which he believes will be released in July or August. He is also very much still part of ‘The Voice’ phenomenon. He is co-host of ‘Inside Voice’:  “It’s a really fun recap show that I have been hosting for The Back 9 Network. Back 9 is actually a new golf and lifestyle network that I am the ‘Artist in Residence’ for. My co-host Jenn Bosworth and I talk about what happened each week on ‘The Voice’ and I am able to give my insider view and insight into the inner workings of the show. I also give my opinions about contestant performances, gossip surrounding the coaches, and the overall show. It’s a great time.”

With an abundance of fans following his post ‘Voice’ career, Colon continues to deliver ‘vote-worthy’ performances and the best sound possible. This includes his choice of preamps – the Tonebone PZ-Pre acoustic instrument preamp: “Before I had the PZ-Pre the sound quality of my acoustic guitar would always vary from venue to venue. We’d always spend a lot of time during sound check dialing in my guitar using the house EQ. That’s always a gamble because you never know exactly what you’re going to get. The PZ-Pre allows me to dial-in my acoustic once, and bring those settings with me wherever I go. My Front of House engineer absolutely loves it too because no matter where we are, my guitar sounds great from the get go and it makes his job easier. Whether I’m in an amphitheater with my band, or in a club playing solo-acoustic, it’s imperative that my acoustic guitar sounds great every night. I know it always will with my PZ-Pre. That’s why I’ll never do a show without it.”

Javier may have realized a dream in winning on ‘The Voice’ but he still has another dream that perhaps one day he will have the opportunity to play guitar with his own idol: “That has to be James Taylor, I’ve looked up to him for so long and I would die if we got to work on a song together. I had the opportunity to watch him record in his home studio once a few years back and it was one of the most amazing musical experiences I’ve ever had.”