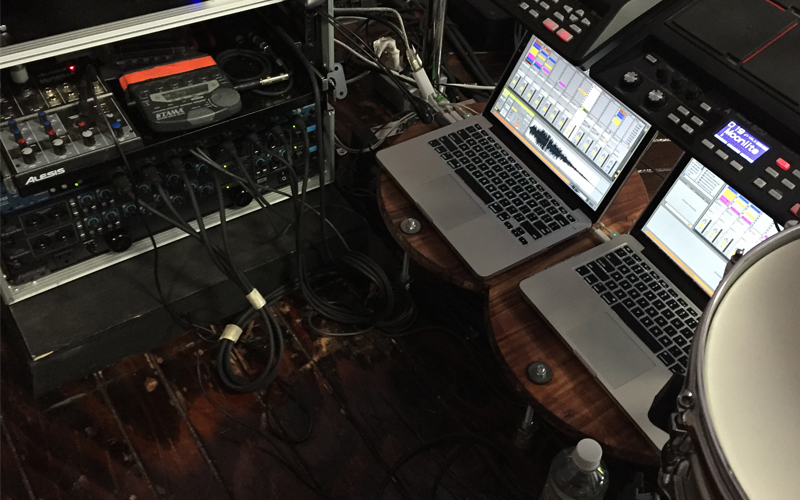 Mention “backing tracks” and it conjures up images of infamous acts such as Milli Vanilli or Ashlee Simpson lip syncing to their songs in concert. But the reality is that backing tracks have actually been around for years and play a significant part in a surprising number of shows.

The most famous example is Queen performing Bohemian Rhapsody live – magically delivering a 40-voice choir with four people on stage. Queen did not hide the technology, they embraced it.

Backing tracks are often thought of as replacement tracks for lead singers during difficult passages or maybe as part of a pop artist dance routine. They are, in fact, rarely used for lead vocals, but rather are deployed to bring “more” of the original recording production value to a live show.

In other words, backing tracks can provide a fuller musical experience, as if listening to a live version of the record, enhancing vocal harmonies, percussion, rhythm guitar tracks, orchestra or even a full choir.

This is confirmed by one of the pioneers in the world of backing tracks, Mike McKnight, who has worked with Mariah Carey, Madonna, Jennifer Lopez, George Michael, Roger Waters and many others.

“We rarely if ever replace lead vocals,” McKnight recently told me. “It’s usually for repetitive parts that the musicians do not want to play, click tracks and orchestration.” Another obvious advantage of using backing tracks is lower production costs due to less people traveling.

Although setups differ depending on the size of the production, the backing track playback system is usually controlled from the stage by a keyboard player, a playback technician, or sometimes from the front-of-house position by the mix engineer. A playback system can be as simple as a stereo track, or as elaborate as 64 full tracks with each violin, cello and flute having its own channel.

More Control
The benefit of having discrete tracks comes down to control. Just like having individual microphones on each drum of a drum kit, having individual channels assigned for playback provides the house engineer with complete control over how each instrument will translate through the PA system in a given venue.

Morten Krog Helgesen is also a backing track expert, and has worked with Rihanna, Lady Gaga, Enrique Iglesias, Eminem and Will.I.Am, among others.

“I tend to favor a dual laptop setup for the flexibility, portability and ease of use,” he notes. “Two MacBook Pros with SSD drives, a couple of Motu Ultralites®, and a Radial SW8™ gets you a long way. I try to keep backing tracks down to 12 if at all possible. This usually includes drum tracks, orchestration, backing vocals and SMPTE.”

Further, Helgesen likes to sum everything down to eight outputs: stereo drums, stereo instruments plus effects, stereo background vocals, click, and SMPTE. “More outputs than that really creates more of a headache for the sound guys,” he explains. “Less is more.”

McKnight’s setup varies depending on the artist: “I have three rigs: A Mac-based 16-in/8-out TV rig that has two MOTU Ultralites and a Radial SW8 switcher. A standard touring 32-in/16-out rig that is built with four MOTU Ultralites and two Radial SW8s. On the really big tours, like Roger Waters’ The Wall where we have surround sound and effects, I use a 72-in/24-out setup.”

Keep It Together
Individual tracks on his shows can be as low as the number of stems or into the hundreds, depending on the song or artist.

“Usually there are repetitive parts that the band doesn’t want to play, or specific sound effect cues that have to be exact.” McKnight says. “Obviously there are multiple click tracks for different members of the band so we keep it all together.”

“Sometimes a tour will only have three background singers, and the artist will want to augment them with the studio background vocal tracks. I also will put any orchestral parts played on the record by live musicians into my system as well.”

He has been using backing tracks since acquiring his first Commodore 64 computer in 1985 or so. “I was playing in a bar band and we needed to sound ‘like the record,’ so a Commodore 64 with the SCI MIDI interface, Oberheim DX drum machine, and a MIDI keyboard/module or two did the trick.” McKnight says.

“My first ‘real’ playback gig was with Earth Wind & Fire in 1987 using Roland MC500s. The first big playback gig was Madonna in 1990 using an Atari 1040 with a pile of E-MU 8 MB samplers. That was a nightmare, and I had no backup system, but thankfully it worked.”

Broader Appeal
The playback system itself can be a computer or a dedicated playback recorder. Both tend to use hard disc recording as the storage medium although more and more solid state devices are now coming to market.

A big concern for the sound engineer, of course, is system failure at the most inopportune time. In the past, big budget tours would have a custom switcher made that would enable the technician to switch from the primary playback system to a backup should a problem occur.

The recent availability of more affordable off-the-shelf backing track switchers and multi-track recorders have brought the advantages of backing tracks to greater number of acts.

And with more and more computers finding their way on live stages, the backing track has never been more popular. Switching tracks can be done automatically or manually. Most experienced techs tend to prefer keeping everything manual. This way, should a computer fail, the second backing system will be totally independent and a simple push of a button will reroute the signal from one recorder to the other.